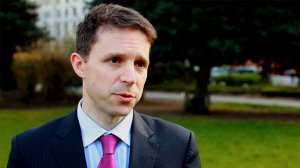 Flows of illicit product are increased by the inability of some legitimate ASGM production to satisfy the due diligence requirements of mainstream gold markets.

However, he said, there was unfortunately a network of “shady characters” who traded in illegally mined product.

If responsible, legitimate ASGM miners were unable to access the formal parts of the gold market, they would be pushed into illegitimate gold trading networks to sell their gold.

Heymann said that combatting this required the mobilisation of public and private actors across all aspects of the supply chain and policy-making to support responsible mineral processing, as well as market access.

Such measures might include facilitating access to reputable processing entities or a willingness to consider the purchase of ore.

“In addressing some of the challenges around ASGM, you have to involve governments, local communities and civil society in general because ASGM really is a development issue, not a mining issue.

“This is because people are taking up what is often illegitimate artisanal mining owing to a lack of alternative livelihoods,” Heymann said.

He referred to a report published by the WGC in March on the interface between the ASGM and LSGM sectors throughout Africa, where the WGC found that it was critical for governments to play a leadership role in the legitimisation of the ASGM sector and the protection of the investments made by LSGM companies.

Moreover, the report found that the building of constructive relationships and trust between the ASGM and LSGM sectors was fundamental, despite significant cultural differences.

The report said LSGM miners needed to understand the context and the often highly complex socioeconomic and governance factors at work among local ASGMs, including red flags, such as possible taint by criminal groups or corruption.

The report noted that controlling in-migration and not rewarding confrontational or disruptive behaviour were fundamental to developing more constructive and stable arrangements between ASGMs and LSGMs.

It added that LSGM companies should consider moving their scope beyond risk management to judge whether cooperation with ASGMs might generate business opportunities.

However, Heymann commented that one of the largest hurdles to overcome was the formalisation of the ASGM sector to ensure a more peaceful coexistence between it and the LSGM sector.

The formalisation process would mean that LSGM companies might need to remain engaged over the long term when promoting mercury-free technologies to partner ASGM entities, the report noted.

Heymann believed these factors were all manageable and that the set of challenges faced by the African gold mining sector, while unique, were no better or worse than in other locations around the globe – only different.

He believed WGC member companies were in a good position to play their part because member companies operating in Africa were already committed to being responsible and supportive wherever they operate under the WGCs stringent economic, social and governance standards.

“There is a commitment across all of our members to operate according to responsible business practices and specifically to responsible gold mining principles. It doesn't matter where you're operating. It is the same commitment,” Heymann said.

Heymann was in Cape Town this week attending the Investing in African Mining Indaba.