Large-diameter drilling at Orapa project may start at year-end 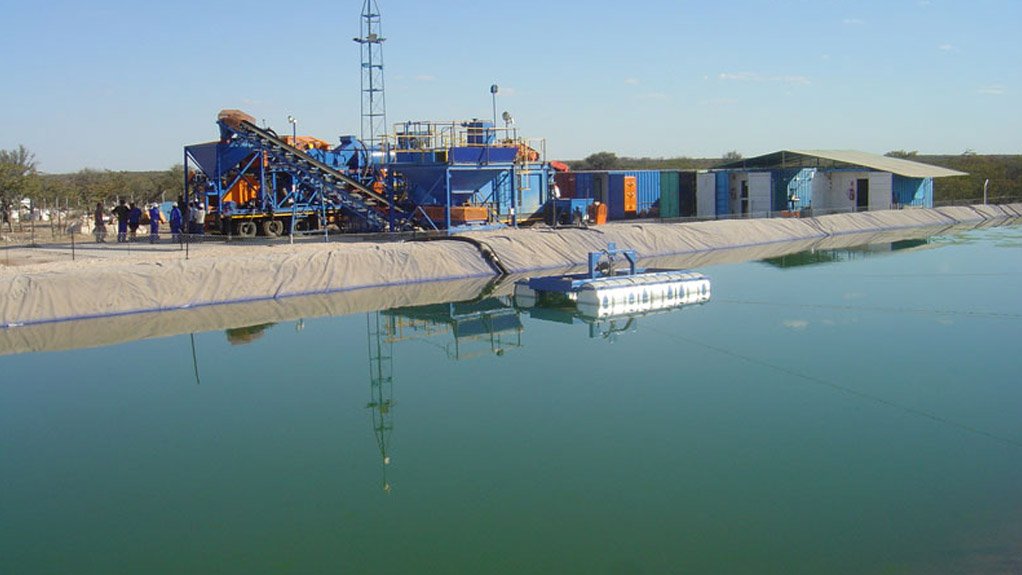 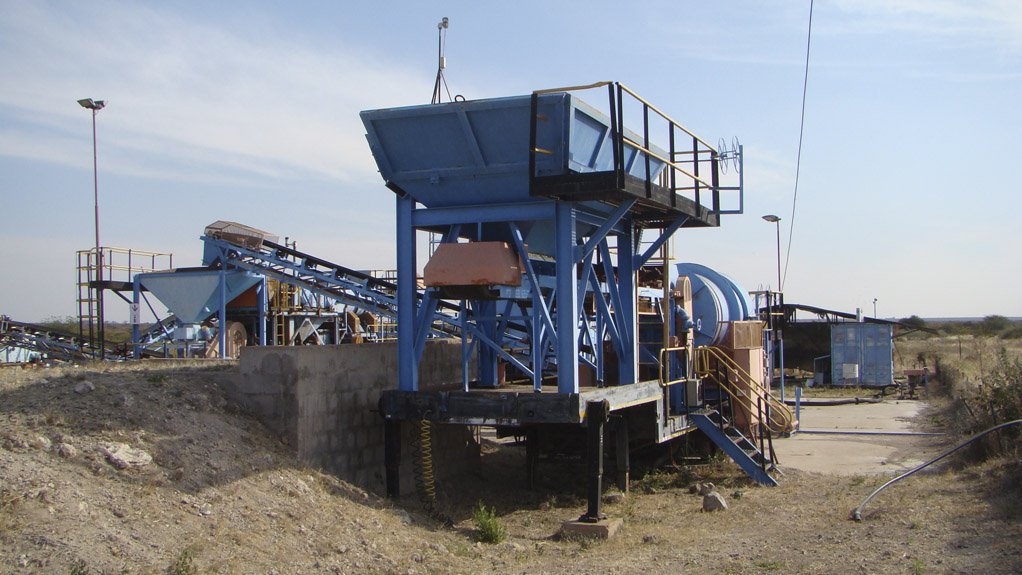 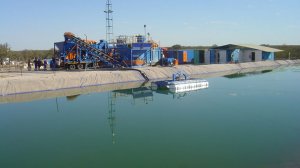 BETTER TREATMENT The dense medium seperator plantat Tsodilo's Orapa project is scheduled for an upgrade in the third quarter of this year
DIAMONDIFEROUS The BK16 kimberlite pipe has proven to be diamondiferous, containing high-value diamonds and a substantial percentage of Type IIa diamonds

Exploration company Tsodilo Resources aims to extract between 2 000 t and 3 000 t of kimberlite from BK16, potentially one of the last economic kimberlite pipes in the Orapa kimberlite cluster in Botswana, during a large-diameter drilling (LDD) programme in the fourth quarter of the year.

The drilling will be focused on the main kimberlite phases VK2 and VK3, which comprise about 95% of the volume of the pipe. Tsodilo will spend around $2.5-million on this first phase.

The company plans to start drilling at the 6 ha BK16 kimberlite pipe, in the central district of Botswana, once its environmental management plan (EMP) has been approved. The company expects its EMP to be approved between the fourth quarter of this year and the first quarter of 2017.

Tsodilo announced in 2014 that it had acquired the right to BK16, which has proven to be diamondiferous, containing high-value diamonds and a substantial percentage of Type IIa diamonds.

The company reported in 2015 that it had taken possession of diamonds that were previously recovered from BK16. The stones were cleaned by diamond exploration and mining company Lucara Diamond at its facilities in Diamond Technology Park (DTP), in Gaborone.

These stones were analysed by a Tsodilo technical staff member using a Yehuda ZVI colorimeter machine; personnel from international diamond broker and consultant Hennig supervised the process. One diamond in Parcel 1 (comprising 25 stones) and seven diamonds in Parcel  2 (consisting of 83 stones) were consistently identified as Type IIa white, all grading as D colour, with no or only a faint level of fluorescence.

The stones have been stored with Hennig at DTP since the company took possession of the diamonds.

Tsodilo hopes to gain further certainty of the diamond grade and value at BK16 by treating the kimberlite from the first round of LDD using a 10 t/h digital multiplex system dense-media separator (DMS) mobile sampling plant.

“A second phase of LDD is planned for 2017 to recover and treat an additional 2 000 t, with the hope of increasing the number of carats for a more robust diamond value from the two main kimberlite phases, VK2 and VK3,” says Tsodilo Resources COO Dr Mike de Wit.

Tsodilo has completed a geological model of the BK16 kimberlite pipe and 3 500 m of core drilling, with the DMS plant scheduled for an upgrade in the third quarter of this year and a final recovery facility using X-ray technology to be added at the same time.

De Wit adds that, in today’s market, diamond recovery techniques using computerised X-ray technology have been instrumental in limiting diamond breakage: “Breakages still take place but have been reduced, particularly in the recovery of big stones.”

The company has also started work on an EMP so that the material from its planned LDD programme can be evaluated and treated at the DMS plant.

Tsodilo will contract a drilling company to conduct the LDD, but will drill pilot holes next to each LDD hole using its own core drill rigs. It will also contract a small metallurgical team to operate its wholly owned treatment plant. Tsodilo will oversee the final recovery stage.

De Wit points out that LDD development has become an industry trend because it can operate effectively – although at a cost – to evaluate a kimberlite pipe at depth at existing mines and new discoveries.

De Wit explains that it is still significantly difficult to obtain exploration licences in a transparent manner in Central Africa. For example, the mines department of the Democratic Republic of Congo (DRC), the DRC Cadastre Minier, remains closed and only opens a few days in the year to allow “connected people” to submit their applications.

The second issue remains infrastructure. He points out that, in many parts of Africa, particularly Central Africa, access to areas with heavy machinery is still very difficult, unless companies are prepared to spend a big part of their exploration budget on accessing the site and the facilities needed to be on site.

Tsodilo highlights that finding a diamond deposit worth mining requires substantial time and effort, with De Wit noting that the industry’s last major find in Africa was the Venetia mine, in Limpopo, in the 1980s –one of De Beers’ six remaining diamond mines in South Africa.

De Wit concludes that Botswana is a prime example of how, through responsible management and governance, the diamond industry can be sustained and used as an investment for a whole country.