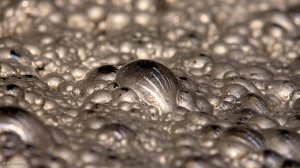 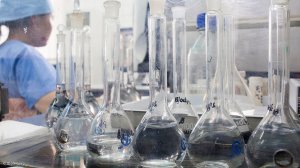 “The current plan is to improve and expand on the analytical techniques to accommodate Axis House’s expansion into other minerals and base metals, especially with regard to wet chemistry,” explains Axis House Group GM Justine Stubbs.

Additional test methods and services will be added to Axis House’s offerings, including improved ore preparation and increased focus on the leaching process, she says.

The company plans to expand its laboratory into a facility that will service all aspects of the metallurgical processing industry, including the flotation and analysis of various mineral and commodity types, hydrometallurgy and water chemistry, as well as the ongoing development of the specific chemicals.

Building plans for the laboratory are being finalised, and construction will start in 2020.

The laboratory develops a tailored reagent suite for each client, as “base metal ore deposits throughout the world vary in mineralogy and concentration, and reagent suites are formulated to suit specific ores”, he explains.

This process includes research and development on most operations included in the base metal process, such as flotation, flocculation, solvent extraction, electrowinning and precipitation.

Meanwhile, laboratory testwork is offered to clients to identify, investigate and effectively address the operational problems encountered at operations by working closely with the on-site metallurgists.

It also focuses on in-house research and development for common areas of concern in the mining industry. “We are constantly expanding our ranges, in terms of application of the current products in different markets and newer technology to replace our existing ones to stay ahead of developments,” Oostendorp points out.

“The major aim is to improve the client’s plant performance at the lowest possible process cost,” emphasises Stubbs, citing Axis House’s assistance in facilitating performance improvements at a copper operation in the Democratic Republic of Congo. Copper sulphide is selectively recovered from copper oxide during a sulphide pre-float with Axis House sulphide collector TLQ2 with recovery having improved by 10%, “equating to an overall net profit of $920 000/m”.

Axis House reagents are also being applied to polymetallic ores such as copper, lead and zinc, and base metals contained in platinum group metal (PGM) ores, in addition to the current copper oxide and sulphide processing reagents supplied to copper producers, Oostendorp illustrates.

While Axis House continually aims to design specific chemical reagents, the company boasts a range of chemical reagents for the base metals industry. Flotation chemical reagent TLQ2-DX, for example, works at low doses, improving the flotation kinetics and the concentrate grade of copper, he claims.

The HydroFroth range includes non-hazardous frothers that are specifically designed to create stable conditions to promote the collection of copper sulphide and oxide, Oostendorp adds. “Owing to the stable and selective froth, it effectively reduces the influence of easy floating gangue minerals, such as talc, to improve final concentrate production,” Oostendorp points out.

Axis House’s ranges are also being applied to base metal processes such as zinc, lead, molybdenum, nickel and sulphides of PGM ores, Oostendorp says. “Projects involving oxidised zinc in an ore from Peru, showed a successful increase of 6% in zinc recovery.”

Axis House sulphide collectors were also successfully applied in projects where copper and nickel sulphide were recovered from operations in Zambia, he concludes.