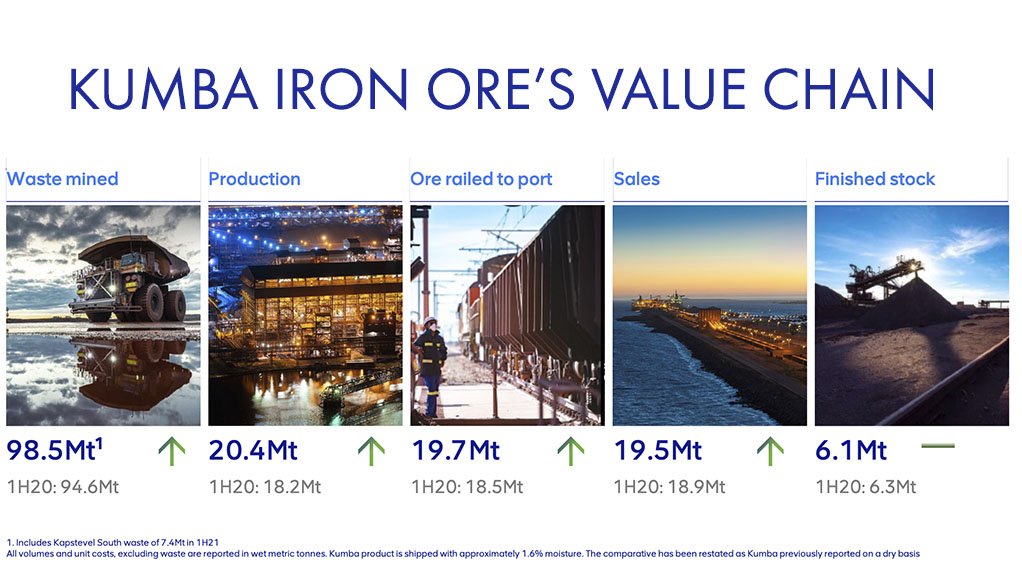 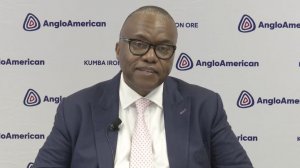 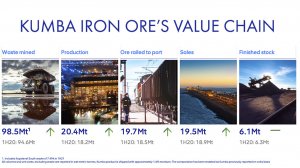 JOHANNESBURG (miningweekly.com) – Anglo American group mining company Kumba Iron Ore, which on Tuesday reported a superb set of record half-year results, is working with Transnet to refurbish the iron-ore export line so that trains can travel at a higher average speed than the current 30 km/h.

In the six months to June 30, Kumba’s earnings before interest, taxation, depreciation and amortisation (Ebitda) were R44.4-billion, and every additional million tonnes of iron-ore generates an extra R3-billion at current prices.

“Debottlenecking logistics is right up there on our list of priorities,” Kumba CEO Themba Mkhwanazi said during the presentation of half-year results. (Also watch attached Creamer Media video.)

“First prize would be to increase the average speed and then ramp up to the top speed. We have instances on the line where we have to reduce speed, for example going over the Olifants river bridge. Again, that is as a consequence of a failure of the bridge quite a while ago. But that’s how far we are with regard to the speed restrictions,” Mkhwanazi told Mining Weekly in an interview afterwards.

As it stands, the iron-ore rail system’s capacity of about 60-million tonnes a year is very much defined by the port.

By focusing in on improving performance, increasing stability and having fewer breakdowns, taking the average speed to the permitted 60 km an hour would provide a 10% improvement, or an additional six-million tonnes a year.

Providing those additional six-million tonnes would give rise to the requirement of another medium-sized mine.

That would add 3 000 to 4 000 additional direct jobs and three to four times that number of indirect jobs.

With the introduction of regular maintenance and the use of technology to provide alerts prior to breakdown, significant iron-ore export improvement can be brought about without the need for major capital investment.

Mining Weekly: Is Kumba keen to be part of a public-private partnership with South Africa’s State-owned logistics enterprises?

Mkhwanazi: We are very keen. This is part of our value chain and I always say we are very much joined at the hip. In the current context, this is a constraint for us as well as the broader industry that makes use of this corridor. We do need to explore what the public-private partnership will actually mean. If we are involved, we must be involved holistically and not just with one part of the system. We would like to be part and parcel of exploring the various options.

Mining Weekly: In the longer term, are there any systems around the world that can serve as a model for us to emulate?

Mkhwanazi: A couple of years ago, at a time when we were having some challenges with derailments, we engaged with Transnet around the need for a benchmarking study. There are industry groups that carry out these benchmark studies. Based on my recollection, it was very clear that there are systems running in Australia  and North America at benchmark levels.

Mining Weekly: Is there enough time to fix the system while this wonderful current window of opportunity for Kumba’s quality of iron-ore is still open?

Mkhwanazi: We believe that to be the case and we are certainly going to maximise the opportunity that this window creates.

Mining Weekly: What benefits will accrue on the export market when Kumba succeeds in decarbonising?

Mkhwanazi: We look at it from two perspectives. One is how we decarbonise, which is largely from Scope 1 and 2 perspectives, but then under Scope 3, how we help our customers decarbonise. From an energy intensity perspective, our main energy input is diesel, which accounts for about 84%, and there is a potential for us to replace diesel with hydrogen following the trial at Anglo Platinum. From an electricity perspective, we clearly have the opportunity to shift to solar. We happen to be in the Northern Cape, where there is lots of sunshine and also wind. We are also part and parcel of a broader Anglo American regional solution. From a Scope 3 perspective, our ores, given their high quality and their lumpiness, lend themselves well for our customers who want to decarbonise. What’s really exciting here is around direct reduction iron or DRI. With the potential of DRI and that growing as a proportion when compared with the traditional blast furnace iron, there are significant opportunities to reduce the carbon dioxide by about 50%, when compared with the use of natural gas, and up to about 90% in the context of using hydrogen. We’re quite excited about DRI in the context of both natural gas and hydrogen. Not all iron-ores are suitable for DRI but the Kumba premium iron-ore is very suitable for it. It is some time off but were very well positioned for a decarbonised future.

RAIL IMPROVEMENT SINCE MAY

Challenges were ongoing from the fourth quarter of last year to April of this year, not only due to weather and equipment failure, but also locust infestation.

"Since May, we've seen an improvement on the rail. The dry weather conditions naturally helped with keeping the trains on schedule. But we're also working with Transnet to refurbish the tracks, which will enable the lifting of speed restrictions," said Mkhwanazi.

The JSE-listed company is sharing its operating model with the State-owned enterprise to improve efficiencies on the rail line.

Along with this, Transnet has appointed additional operational managers that are focusing solely on getting these efficiencies up.

Other work Kumba is continuing with Transnet is a programme to curb locust infestation and prevent the recurrence of another locust plague next year.

A preventative maintenance regime has been implemented to ensure that maintenance is planned sufficiently well in advance to allow for iron-ore production and sales to be managed accordingly.

From a longer-term perspective, Kumba believes it will be able to meet its long-term capacity of an average of 11.2-million tonnes each quarter. The company achieved more than 11-million tonnes of export sales in the third quarter of last year.

At the Port of Saldanha, the initiatives implemented last year have helped to facilitate direct loading through a simplification of the product portfolio and the maximising of every opportunity to dual load.

However, while there is confidence that these interventions are beneficial, caution has been exercised in the sales forecast for the second half of this calendar year, which has been guided down by a million tonnes to between 39.5-million tonnes and 40.5-million tonnes.

“Overall, we’re encouraged by the rail performance, which has picked up significantly over the past two months, and we’ll continue focusing on improving this performance and  increasing throughput at Saldanha port,” said Mkhwanazi.

In response to Integral Asset Management mining analyst Bruce Williamson, Mkhwanazi reiterated that logistics instability was probably costing the company about 10% of the nameplate capacity of the logistics system.

“We’re of the view that the biggest opportunity was in increasing that stability and reducing the variability of performance. Yes, we have noted in the media that Transnet is obviously looking at public-private partnerships in terms of their rail infrastructure. Again, with the limited engagements that we've had with them on this, we’ve obviously registered our interest. We are of the view that what we require is a system view on what the art of the possible is and we in turn, as part of the industry, because there are other players, see ourselves playing a role in that,” Mkhwanazi added.