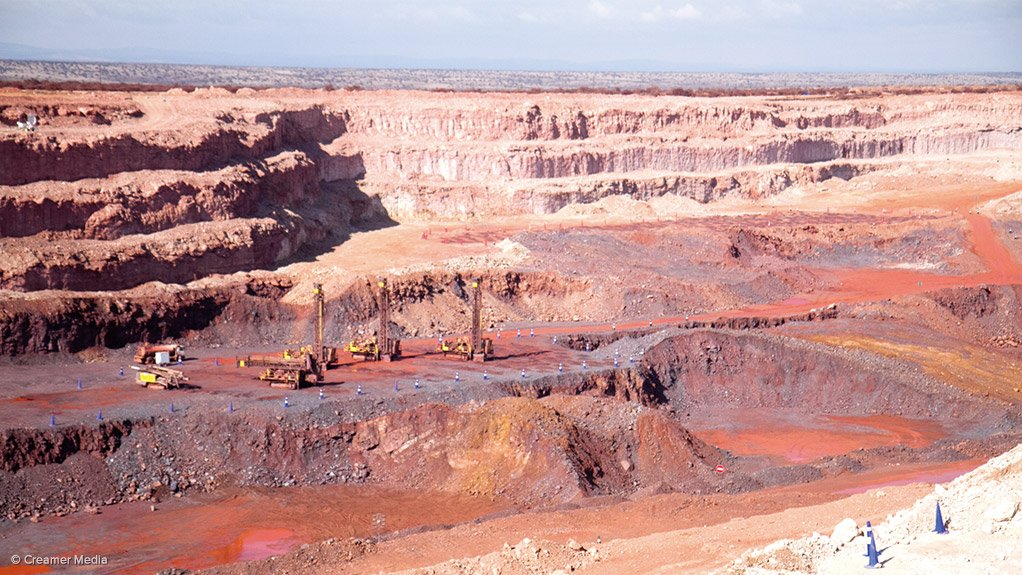 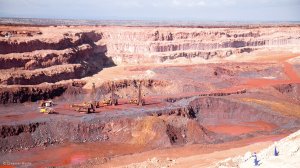 Photo by Creamer Media
Kumba's Kolomela mine, in the Northern Cape

The dividend marks a 30% increase compared with the dividend paid out for the year ended December 31, 2019, on the back of strong net cash generation of R20.7-billion in 2020.

The company also posted record earnings before interest, taxes, depreciation and amortisation (Ebitda) of R45.8-billion, while the Ebitda margin rose to 57% from 52% in 2019.

This was on the back of a higher average realised free on board export price of $115/t and strong cost discipline through its Tswelelopele strategy.

Iron-ore prices reached a seven-year high of $109/t in 2020, on average. This was largely driven by China’s economic recovery drive and reopening of other global steel markets amid the pandemic.

Kumba’s cost saving initiatives throughout the year resulted in the company saving R1.3-billion, which brought its cumulative cost savings since 2018 to R3.2-billion.

Since implementing its Tswelelopele strategy, Ebitda margin has grown from 45% in 2018 to the current 57% as at the end of 2020.

CEO Themba Mkhwanazi explains that the company was able to respond quickly and comprehensively to the Covid-19 pandemic by supporting the ecosystem in which it operates. To protect its Ebitda margin, the company adapted its value chain and capitalised on its high-quality iron-ore products, while keeping up four years and seven months of fatality-free production.

He adds that the company’s resilience was tested in the year under review, as with the rest of the industry, but Kumba managed to deliver on its priorities of supporting stakeholders, ensuring business continuity, strengthening the balance sheet and providing sustainable returns.

“We redirected sales to maximise value, while proactively supporting our suppliers and contractors to manage potential challenges. Our integrated sales and operational teams jointly managed the production, logistics and sales, including coordinating stock buffers along the value chain to match State-owned freight utility Transnet’s rail and port capacity and leverage every opportunity to increase export sales volumes.”

The company reported a strong year-end liquidity position of R30.2-billion.

The company’s total production for the year came in lower than the 42.4-million tonnes produced in the prior year, owing to logistical constraints and reduced offtake from steelmaker ArcelorMittal South Africa during the year.

“Business performance will continue to be driven by our Tswelelopele strategy. Our product portfolio has been simplified to maximise port throughput and we are targeting an enhanced product premium of $2/t and containing our C1 unit cost at $34/t,” notes Mkhwanazi.

It is estimated that shipments from Brazil reduced by 3%, or about nine-million tonnes, in the reporting period. Australian shipments, however, ended the year 4% higher, despite the impact of cyclones early in 2020 and temporary closures for maintenance, as Covid-19-related restrictions were not implemented across the mining industry in Australia.

Additionally, higher iron-ore prices have kept marginal producers in the market as China’s domestic mine utilisation rates averaged at about 68% in the second half of the year, compared with 63.1% in the first half of the year, and 64% in 2019.

“Over the long term, the structural factors relating to decarbonisation and the adoption of Scope 3 carbon reduction interventions by steel manufacturers will continue to support demand for Kumba’s high-quality iron-ore products and we will keep focusing on maximising value,” Mkhwanazi states.

Meanwhile, Kumba continues to advance its ambition of extending the Sishen mine’s life to 2040. It achieved an extension to 2035 in the year under review through pit optimisation.

A board-approved ultra-high dense media separation project valued at R3.6-billion at the mine will further extend the mine life to 2039. It is envisioned that this project will be commissioned during the second half of 2023.

The company also continues developing its Kapstevel South mine, at Kolomela, and advancing an exploration programme across its prospects in the Northern Cape to develop the resource pipeline.

Under its WeCare programme, Kumba has continued supporting its local host communities through the provision of essential services such as water to local municipalities, healthcare and emergency medical services. The company has been supplementing medical services with food parcels and healthcare packs, as well as partnered with local government to provide critical medical equipment such as intensive care unit beds, ventilators and oxygen.

Kumba also supporting local community businesses through R3.6-billion of procurement spend and R264-million of social development projects, of which R93-million relate to the WeCare lives and livelihoods programme.

Kumba has committed $30-million in support of its parent company Anglo American’s rollout of Covid-19 vaccines across the group’s operations, of which $10-million is committed to helping South Africa in its vaccination efforts.