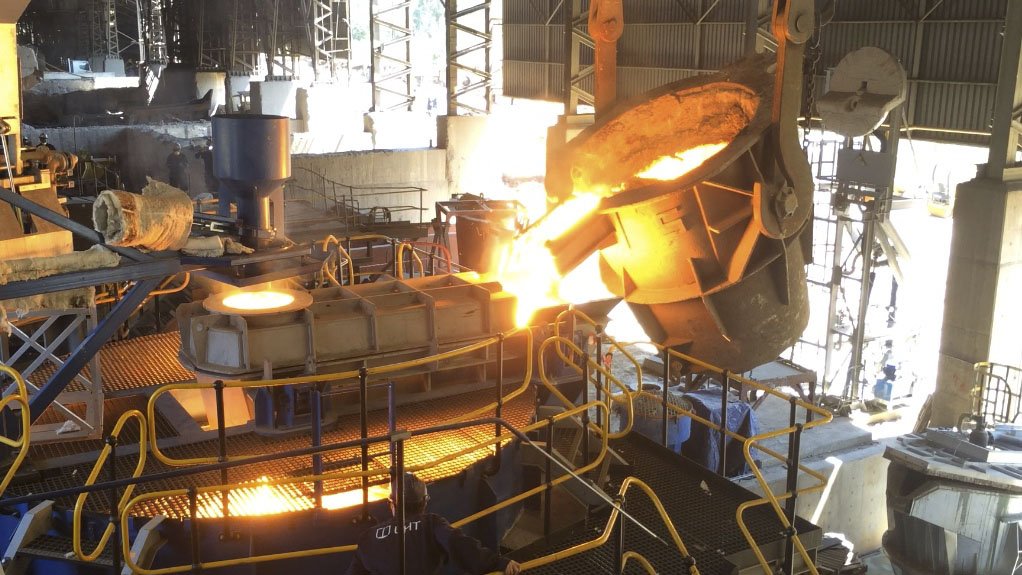 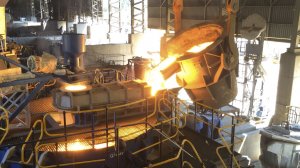 As a result of the upward trend in ferrochrome prices, Krugersdorp-based processing plant Mogale Alloys – owned and operated by global vertically integrated producer of speciality alloys Afarak Group’s African subsidiary, Afarak Mogale, has converted two of its four furnaces to facilitate ferrochrome production instead of silicomanganese.

The price of ferrochrome dropped to $1.85/kg in September last year, recovering to $2.29/kg last month, when

all four of Mogale’s operating furnaces started producing ferrochrome, said Afarak Group CEO Guy Konsbruck, in a statement. The first furnace conversion was completed in December 2016 and the second last month. This newest ferrochrome furnace is expected to produce an additional 2 300 t/m.

Konsbruck has previously commended Mogale’s swing plant operation, which enables Afarak to be “nimble” and change its production capacity in line with market expectations. He noted that, with the ferrochrome benchmark rising to an eight-year high in December, Afarak took steps to position itself to take advantage of the upswing.

Afarak acquired the Mogale plant in 2009 as a means of accessing the bulk minerals processing sector in South Africa. Its website notes that the acquisition marked a “strategic step forward for the group by providing access to direct current furnace technology”, which has been in operation since 1983 at Mogale and is considered to be a centre of excellence.

In Afarak’s 2016 annual report, Konsbruck noted that its ferroalloys segment, which comprises the activities of three mines and the processing plant, all based in South Africa, faced a challenging year primarily due to the depressed markets for chrome ore. However, he added that the market upswing towards the end of last year resulted in the segment registering a significantly positive fourth quarter. This positive performance was expected to extend into the first half of 2017.

Capital expenditure (capex) within the ferroalloys segment of €2.6-million included the replacement of the furnace refractories, the acquisition of new plant vehicles at Mogale Alloys and the capitalisation of expenditure related to prospecting activities at the Vlakpoort mine, based in Limpopo.

Konsbruck emphasised in his statement that the metal markets remain volatile, noting that “the prices of chrome ore and ferrochrome are expected to remain strong in [the first] quarter of 2017, positively affecting Afarak’s financial performance”.

However, he stressed that it is difficult to predict the longer-term outlook. “Afarak will continue concentrating on its core activity, ferrochrome specialties. Our results for 2016 encourage us to continue moving forward with our strategy. “We will always continue pursuing our drive towards an efficient and effective organisation that creates value for all our stakeholders, including our shareholders.”

Meanwhile, opencast mining at the company’s Mecklenburg mine, in Limpopo, has resumed and preparations are under way to establish an underground operation, with the potential to access 20-million tonnes of chrome reserves.

The mine closed temporarily between the second and fourth quarters of last year, with preparations to resume mining starting in December. Afarak entered into a mining services agreement with contract mining company Pholagolwa Mining in January to continue opencast mining activities at Mecklenburg.

Full production will be 30 000 t of chrome ore and opencast mining production for the project is expected to be just more than 200 000 t of chrome ore. Afarak noted that the underground mining area has the potential to produce 4.5-million tons of chrome ore over the remainder of Mecklenburg’s life-of-mine, and that development of the shaft is scheduled to start later this year.

Aside from the Mecklenburg mine, Afarak owns the Vlakpoort chrome mine, which is also located in Limpopo, and the Stellite chrome mine, located just north of Rustenburg, in the North West.