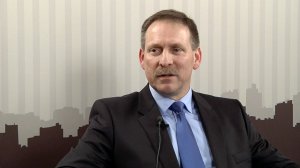 “Tanzania has varied electricity tariffs; it can be anything form $0.18/kWh to $0.35/kWh, but our project will come in well below the existing going rate,” CEO Louis Coetzee told Mining Weekly Online.

He pointed out that Kibo was in negotiations with power utility Tanzania Electric Supply Company, as well as other potential private offtakers, regarding the conclusion of power purchase agreements.

Coetzee said there was also potential to, in future, export power to neighbouring countries, but, in the short term, any electricity generated by MCPP would be used to satisfy Tanzania’s electricity demand.

“It is a very competent, very progressive environment that is well aligned with what you see internationally and it is quite an easy environment to work in,” he commented.

CONSTRUCTION PROGRESS
A definitive feasibility study on MCPP would be completed in October.

Coetzee said Kibo would appoint contractors to build and operate MCPP only once the company started the process of obtaining funding for the construction of the project.

Kibo would strive to make use of as many suppliers from Tanzania and Southern African Development Community countries as possible.

The company was expecting to fund the project on a 75:25 debt-to-equity ratio and was working closely with its financial advisers, including Standard Bank, in preparation for the process of securing financing.