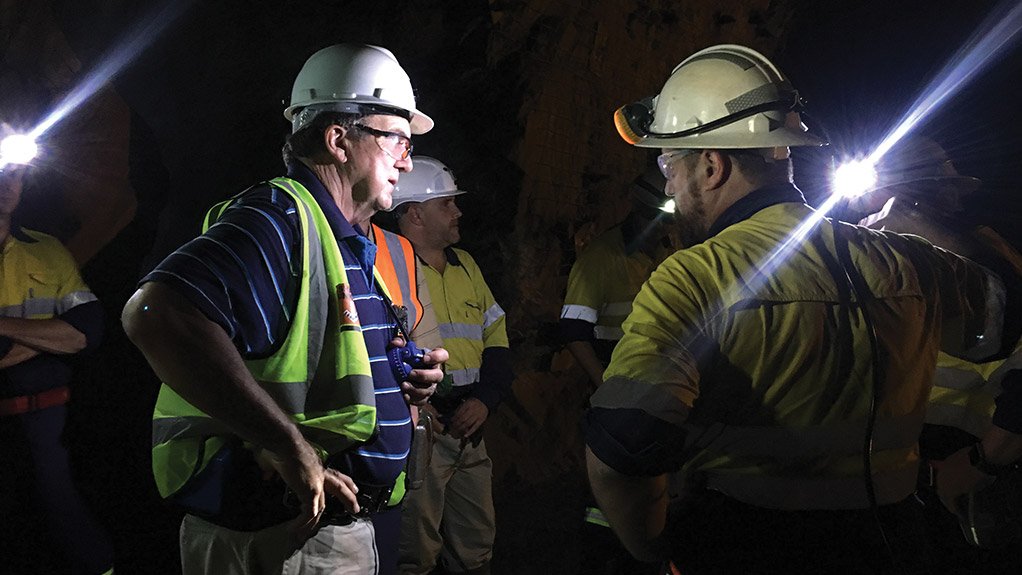 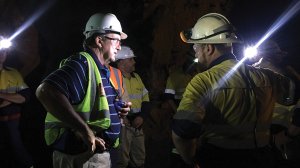 JOHANNESBURG (miningweekly.com) – If you want to make money in mining, you must be efficient and a company taking efficiency to new heights in Africa is Randgold Resources.

While there is a perception in some developed world minds that in Africa mineworkers arrive at the gate, pick up a spade and go out there and shovel stuff, that could not be further from the truth when it comes to Randgold’s African operations.

While its Loulo gold mine in Mali has blazed a strong mechanisation trail, this is now being outstripped at the Kibali gold mine in the Democratic Republic of Congo, where ‘a’ for automation is being accentuated.

“That’s a big safety undertaking because since we’ve started we’ve had a couple of loaders that have been buried under rock falls,” said Bristow, whose Randgold reported a major 29% quarter-on-quarter injury frequency rate improvement, which is an even better 32% when compared with the corresponding nine months of prior year.

Kilbali is automated to the extent that remote operators function underground from safe air-conditioned cubicles, managing the loaders on the open stopes of the underground operation that descends close to 800 m below surface into a massive orebody.

Breaking away from the traditional African underground mining model, the large-tonnage Kibali mine employs technology to achieve a high level of productivity through automation and mechanisation, with a smaller but skilled workforce.

Its integrated, automated ore-handling and shaft system is the first of its kind in Africa, with features such as multiple driverless loaders that load and haul on a single haulage drive, and a smooth, high-strength roller-compacted concrete haulage surface, which improves haulage speed with minimal spillage. On surface, drones are used for pit and stockpile measurements.

On the automation front, Randgold is in partnership with Sandvik, which supplies the multiple bottom-level loaders that have crossover passing points; ore drawn from the orepasses is delivered through crushers into storage bins, onto belts, into the skip and taken to surface in an automated run.

Much has been invested in people and important skills are being transferred to a full Congolese team at Kibali, which transitions to owner mining in June next year.

Randgold has only six people in its corporate office and runs its gold mining businesses out of country offices that engage with the governments and the service providers of the host countries.

It has replaced the corporate juggernaut with proper real-time systems. It invests in host country employees and also host country business people and is one of the few gold mining companies consistently outperforming the gold price.

Kibali has a banked reserve of more than 600 000 oz a year for the next ten years.

It has been able to replace the ounces it has mined since 2013, which is a big replacement ask when mining is taking place at more than 600 000 oz a year.

Meanwhile, Randgold’s Loulo mine is scheduled to break the 700 000 oz mark, putting the two mines in the top ten of global gold producers.

In Côte d’Ivoire, Randgold has concluded a joint venture with Endeavour Mining which will give it access to the ground immediately north of its Mankono permit, where the promising Gbongogo target is located. Grassroots exploration in the Democratic Republic of Congo is progressing the Moku and Ngayu projects.

Overall, the company’s long-term plan is for its mines to be profitable at a gold price of $1 000/oz.