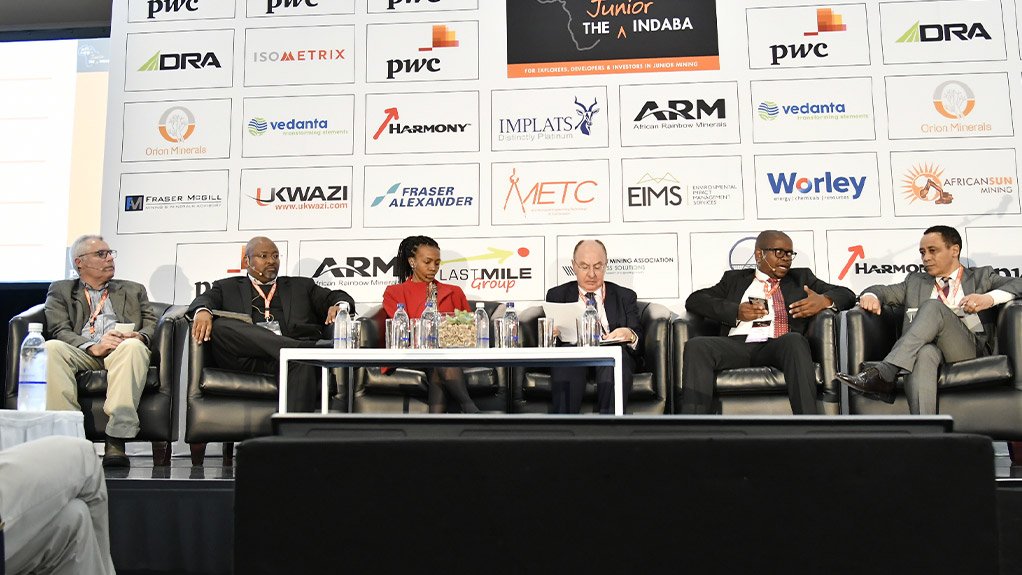 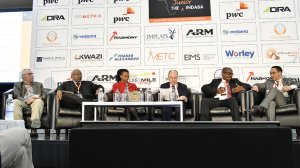 Swanepoel mentioned that the prevailing sentiment seemed to be that, while the gazetted charter was a “vast” improvement on previous versions, it was tailored more towards large mining houses and did not offer the junior sector or potential investors incentives to engage in prospecting and exploration.

“What junior miners badly need, apart from an appropriate policy framework and incentives to engage in exploration, is access to funding,” he said, adding that there were now five countries in Africa that were attracting more investment for mining than South Africa.

Australia-Africa Minerals and Energy group CEO William Witham agreed that raising funds had become harder, with there being greater competition for investment in the market, while overhead costs have increased and compliance had become more stringent and elaborate.

Speaking about the charter, Department of Mineral Resources and Energy director-general Advocate Thabo Mokoena said the charter was “biased” towards junior miners, as it provided exceptions for junior miners in terms of equity requirements and procurement prescriptions.

“It is through junior miners that we can grow the economy and create jobs. Mining Charter III is responsive to the needs of junior miners,” he added.

Democratic Alliance shadow Mineral Resources Minister James Lorimer, meanwhile, said the charter was a “relic” and no longer relevant. He stated that it only added more complexity in the industry.

“Mining Charter III is a disincentive to growth and investment. Rather do away with it and stop curbing the industry’s growth.”

Lorimer added that the government should generally stop being intrusive in the mining industry and ensure legislation was simplified. He lamented that the charter had been in effect for seven months, during which time industry output had declined and more jobs had been lost.

Mokoena countered Lorimer’s view, noting that mining production declines were not a consequence of policy only, but also other factors, including load-shedding and other challenges that the industry was confronting.

Minerals Council South Africa public affairs and transformation senior executive Tebello Chabana weighed in that the council supported the charter as a tool to drive transformation.

However, he emphasised that the council did not support the fact that the Mineral Resources and Energy Minister could put in place a charter, as well as subsequently make amendments to it.

Chabana added that the mining industry was expected to comply too quickly with procurement requirements, while other industries, such as automotive, had been given more time to meet such requirements.

Additionally, he said the Minerals Council did not believe the department understood the challenges confronting junior miners specifically.

“Once the Council for Geoscience publishes research [mapping out the country’s resources], give juniors leeway to uncover those resources and then implement legislation that binds them to transformation. Get the red tape out of the way.”

Herbert Smith & Freehills partner Peter Leon stated that the industry had to give credit where credit was due, referring to the charter having ended the dissonance that had come with the previous version of the charter.

He commended Mineral Resources and Energy Minister Gwede Mantashe for bringing more stability to the industry, but agreed with Lorimer that the Mining Charter III model was wrong.

“When the first charter was published in 2002, it was supposed to be a document that promoted social change, given South Africa’s history of Apartheid and colonialism; however, what followed in 2010 and up to 2017 was a “quasi” legislative document that granted the Minister the ability to change the rules as he or she sees fit, creating policy uncertainty.

“Technically, the Minister only had the power to promulgate a charter once. Government can not keep changing the rules of the game and moving the target.”

COAL JUNIORS
XMP Consulting senior coal analyst Xavier Prevost, meanwhile, led a panel discussing the future of juniors in the coal mining sector. He said that, currently, coal generated more revenue than gold and platinum and therefore had to be the most important commodity to be fostered for junior mining.

He explained that juniors produced 32% of South Africa’s coal, while Exxaro Resources produced 20%, Sasol 18%, Glencore 15% and South32 the balance.