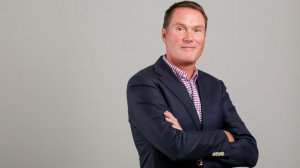 JOHANNESBURG (miningweekly.com) – If you want to raise real risk capital for exploration, you need Canadian-style investors to provide it, the 2022 Junior Indaba heard on Thursday.

While it was acknowledged that South Africa has the money, it was also reiterated that the country is just not channeling it into exploration, where the indaba hybrid audience was told of an exploration asset that had fetched ten times its initial purchase price when sold.

Osino Resources CEO Heye Daun, on stage with Junior Indaba chairperson Bernard Swanepoel, told of dreaming up Osino in 2015 after having success a couple years before when he, together with Canadian colleagues, acquired a discarded project in Namibia from the now defunct, once South Africa-based AngloVaal mining major. (Also watch Creamer Media video.)

They paid $25-million for it, drilled it hard, advanced it to feasibility stage and sold it two years later to B2Gold for just under $200-million, so it was almost a ‘tenbagger’ for them – an investment that appreciates in value by ten times its initial purchase price.

B2Gold, founded in Canada in 2007, went on and built a very successful gold mine, which is set to make $200-milion of free cash a year as a literal $1-billion company.

B2Gold became the blueprint for Osino which Daun as a born and bred Namibian mining engineer, felt he may be able to repeat.

Again together with Canadian financiers, Osino and geologists put together a land package in Namibia and had to do the exploration itself in the absence of other gold projects in Namibia.

Through systematic and holistic exploration, Osino discovered Twin Hills through thick sand and calcrete cover 20 km from Navachab, which is the biggest regional gold resource outside of South Africa’s world-renowned Witwatersrand basin. The Karibib district project is held through 14 licences comprising 156 000 ha of geology that straddles the towns of Usakos, Karibib and Omaruru.

“It is one of 28 major discoveries of the last ten years globally,” Daun said, adding that Osino is looking to turn it into Nambia’s biggest gold project by replicating and then bettering what B2Gold did with the project sold to it.

“We now have a quality asset. We’ve turned the dream into reality,” Daun told the conference covered by Mining Weekly.

Twin Hills has taken what is regarded as a short two-and-a-half-year period to advance from discovery to the prefeasibility stage.

Namibia has the sedimentary orogenic Pan African Damara Belt, which is very prospective. Its issue is that, very similar to Botswana, it is mostly under cover, which is why it is only now emerging as a special gold and copper mineralising belt.

“There are some other companies that are doing very similar things to what we’ve done in gold in Botswana and in Namibia, so I think you’ll hear a lot more about this region in terms of new discoveries.

“Namibia is a very pleasing place to work. Obviously, I’m very impartial to it being a Namibian myself," Daun quipped.

“What Osino has achieved I think is a textbook of what exploration can achieve in bringing foreign direct investment into countries along with socioeconomic development,” said Daun, who described his company as having “by far” the biggest licenced position in Namibia.

It has spent $50-million on exploration in the last three to four years and is transitioning from being an exploration company to being a mine developer and then a mine operator.

Twin Hills is at scoping study stage, which Canadians refer to as the preliminary economic assessment (PEA) stage.

“Most people still measure us by the PEA, which we publicised in the middle of last year, which showed some very credible numbers. But we’ve been very active since then. We’ve drilled 100 000 m, we’ve spent millions doing studies, and we’re in the final lap of completing our prefeasibility study, which will come out at the end of August, and which will be a quantum leap from the PEA,” he said, adding that the capital cost of building was likely to be $300-million.

Twin Hills is an opencast project with what is described as straight-forward geology and metallurgy. Upside was referred to as being considerable in that it is open at depth and along strike. Of the 15 km gold system delineated, 6 km has been drilled.

The amazing thing was that the mining majors had been swarming over Twin Hills for decades but failed to find orebody because it was under cover.

“I think next year – 2023 – this project is going to get built. We’ve got very strong financial backing, excellent Canadian, North American, and European shareholders.

“The project is still growing. Unfortunately, our share price is not really reflecting all the good work that we are doing but I have no doubt that will change.

“Needless to say, responsibility and doing the right thing is core to everything we do,” he added about the $150-million company, which is a third owned by the owners and some key shareholders, another third by what Daun described as the who’s who of North American mining funds, and the last third is retail.

“Our real claim to fame is that we copied from the Australians and adapted some unique exploration techniques, which enabled us to find this,” said Daun.