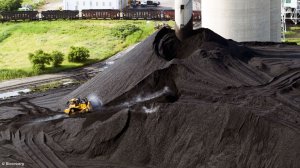 Coal leasing is temporarily banned once again on public lands after a federal judge on Friday reinstated an Obama-era moratorium.

Judge Brian Morris of the US District Court for the District of Montana ruled Friday that a Bureau of Land Management environmental assessment of Zinke’s order was insufficient and violated the National Environmental Policy Act.

A more comprehensive environmental review of Zinke’s revokation of the coal leasing moratorium must be completed before the bureau can start coal leasing again, Morris ruled.

Federal land leased for coal mining has declined steadily since 1990, from about 730 000 acres under lease to 435 535 acres in 2020, mostly in Wyoming, Utah, Colorado, New Mexico, and Montana, according to Bureau of Land Management data. The most recent land bureau coal lease sale was scheduled for January 2020 in North Dakota.

The National Mining Association, which intervened in the case, said it would appeal.

“This is a deeply disappointing decision with energy-driven inflation, energy affordability and energy security top concerns for Americans,” Rich Nolan, NMA president and CEO, said in a statement. “The reimposition of this moratorium couldn’t come at a worse time.”

“While this ruling reinstates the moratorium on new coal leasing on public lands, the Biden administration must go further by urgently phasing out the existing coal leases that are destroying our planet. There is no room to continue producing coal in a climate emergency,” Jenny Harbine, managing attorney for Earthjustice’s Northern Rockies office, said in a statement.

Environmental groups, including the Sierra Club, and the Northern Cheyenne Tribe, sued the Trump administration in 2017 challenging Zinke’s revokation of Jewell’s order establishing the moratorium. The case was consolidated with an identical suit filed by California, Washington State, New York, and New Mexico.

HAALAND DIDN’T MOOT CASE
Central to the litigation was whether an April 2021 order by Interior Secretary Deb Haaland revoking Zinke’s order mooted the lawsuits against it. Haaland asked Interior agencies to make plans to reverse their policies implementing Zinke’s order that re-started the coal leasing program.

At the time, environmental groups said they believed Haaland’s order reinstated the leasing moratorium. In court proceedings, Interior and the National Mining Association, which intervened in the case, also argued that Haaland’s order mooted the controversy.

But Morris disagreed because he said Haaland’s order didn’t return the coal leasing program to its pre-Zinke status quo because it only mentions the Zinke order by name.

“The Haaland order maintains the potential for environmental harm that could result from lifting the coal leasing moratorium, however, that the Court determined required NEPA review,” Morris ruled.

“A live controversy persists because the coal leasing moratorium, and associated environmental protections, established by the Jewell Order, remains revoked,” Morris wrote. “The Haaland order has not returned the status quo that existed under the Jewell Order—i.e. a moratorium non coal leasing with some exceptions.”

Morris’ ruling reinstates the coal leasing moratorium established under Jewell’s order, and vacates and remands the final environmental assessment and an official finding of no environmental impact associated with Zinke’s order.