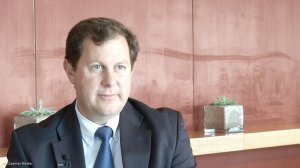 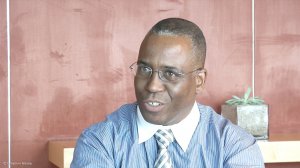 JOHANNESBURG (miningweekly.com) – The Johannesburg Stock Exchange (JSE) is targeting January 20 as the launch date for the country’s first coal futures market, which will allow local coal producers and buyers the opportunity to lock in a certain price for future delivery of coal – while also giving speculators exposure to fluctuating coal prices.

South Africa produces 255-million tons of coal a year and consumes three quarters of it domestically,

JSE commodity derivatives top-brass Chris Sturgess and Raphael Karuaihe, who spoke to Mining Weekly Online on Thursday, said the futures market would allow coal miners, big and small, to plan forward in the knowledge of the exact price that their still-to-be-mined coal would fetch in the future.

“This is going to be a great tool for the junior miner,” said Karuaihe, adding that the moderately sized 500 t had been selected as the minimum lot size.

For several years now, trading through the JSE commodity derivatives market has given farmers a tool to manage their price risk on maize, wheat, sunflower seeds, soya beans and sorghum.

Now the JSE commodity derivatives market is on the cusp of evolving further with the introduction of South Africa's first physically settled, thermal coal futures and options contract, which has been designed to provide the thermal coal sector with an additional means of managing price risk by assuring prices with willing buyers for coal to be delivered several months down the line (see attached video).

“If there is enough liquidity, a futures contract becomes a great pricing tool,” said Sturgess.

Currently, South Africa’s energy coal producers have the opportunity of securing forward contracts for their coal with known recipients, which is seen by many as the most efficient way of managing price risk.

“We see ourselves as complementing what already exists in the coal sector. We don’t see futures contracts in any way disturbing what is already going on in the South African coal sector. All we are doing is creating the platform, which can only work if there are willing buyers and willing sellers on it,” Karuaihe commented to Mining Weekly Online.

With a futures contract, the trade through an exchange means that the counter party is not necessarily known, and allows for choice to be exercised in the event of new price signals arising.

Should the expectation of price change arise, those in futures contracts can buy them back and recalibrate them to the changed price expectations.

Speculative participation encourages a liquid market of producers and consumers buying and selling contracts freely, with speculators generally setting out to benefit from price fluctuations by taking on the risk of price fluctuations that commercial users may not want.

But there is also a need to ensure that the speculative element is fair and reasonable.

There is the danger of dominant players dictating market direction, which is why the JSE has physical delivery built in.

"Making sure you can go to delivery maintains the integrity of the futures contract," Sturgess told Mining Weekly Online.

When the futures contract expires, the price determined in advance needs to reflect the spot price of the day.

In essence, a futures contract price should be the same as the spot price at the expiry point.

The trading is expected to be largely in export quality coal, with the coal derivatives settled in cash or through physical delivery.

There are currently two JSE-registered inland coal terminals where deliveries can be made, both close to eMalahleni, Mpumalanga, and many more are being sought to allow for coal to be available for collection from the delivery points as the contracts expire.

This provides a strong potential differentiation of the proposed South African coal futures market from other coal derivatives markets in the world, which Mining Weekly Online understands are generally settled in cash.

There will be set standards for coal grades and coal falling out of those standards will be discounted.

All trading activity will pass through JSE’s data vendors and all the bids, the bidders, the sellers and the trades will be published daily, with clearing banks guaranteeing all the transactions.

The initiative, which will facilitate the first local physically settled futures contract for thermal coal, follows a call made two years ago by London Commodity Brokers for South African coal producers to be afforded a transparent tool with which to manage price risk.

Since then, the JSE has worked closely with the London broking house, which specialises in physical and derivatives broking of coal, as well as with potential hedgers, to build knowledge of how coal futures can be used to manage coal price risk.

While, in the main, the contracts are expected to serve the domestic market, interest from major Indian and Chinese consumers is expected, which could potentially enhance trading intensity.

In general, commodity futures markets allow producers and consumers to offset the risk of adverse price movements in the commodities that they are selling or buying.

While South Africa’s economic development has been tied to both hard and soft commodities for centuries, commodity derivatives trading on an exchange only began in South Africa in 1995.

With the disbanding of State-controlled agricultural boards, the South African Futures Exchange was established, which served as the forerunner to the JSE's current commodity derivatives market.

In 2009, the market evolved to offer hard commodities exposure through a licensing agreement with the Chicago Mercantile Exchange (CME) Group, the world’s largest and most diverse derivatives market, which allows South African investors to trade futures and options and to reference benchmark settlement prices from CME’s US-based Comex and Nymex exchanges.

Mining Weekly Online understands that South Africans are able to trade in rands and in much smaller quantities than required in international markets.