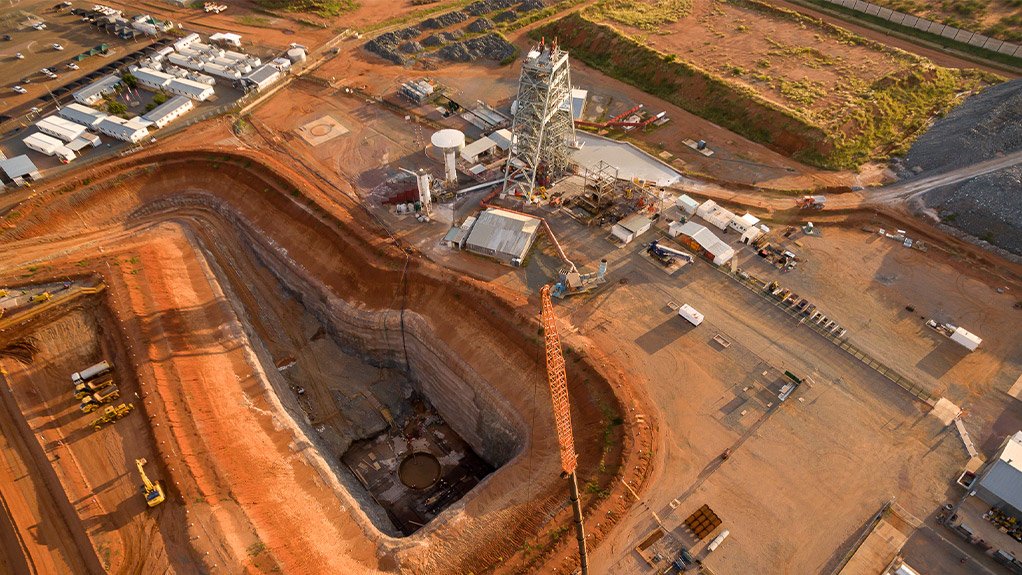 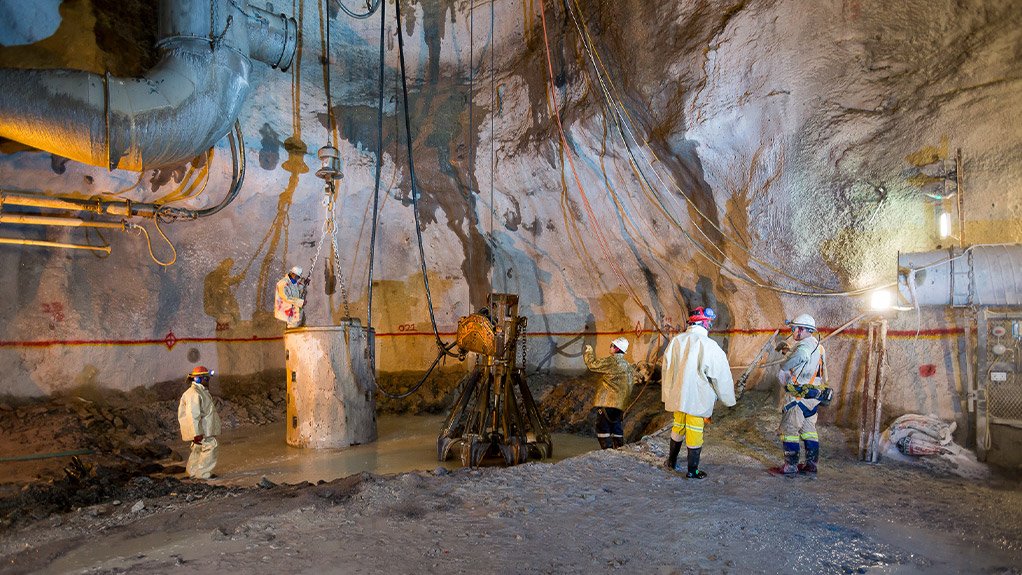 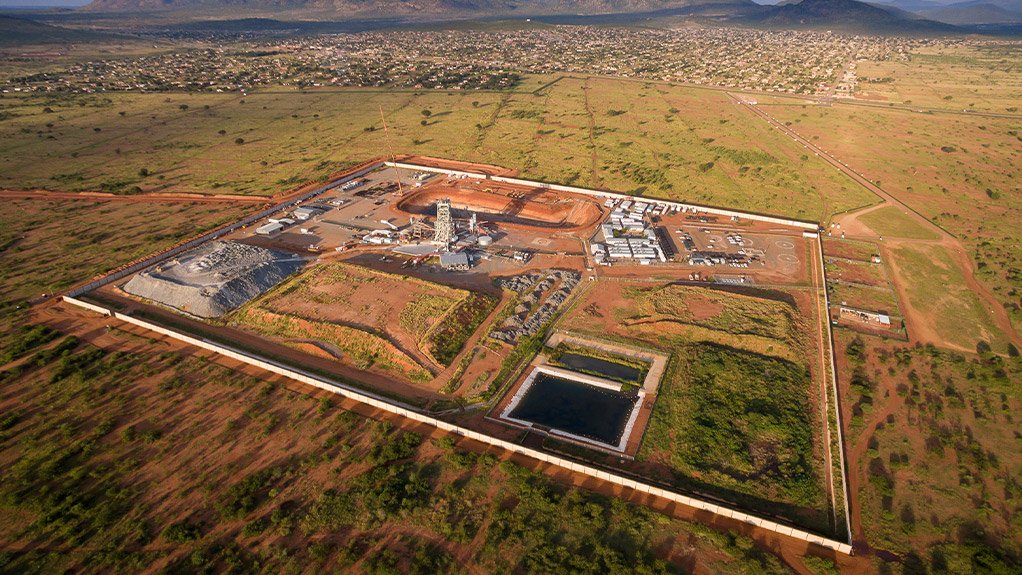 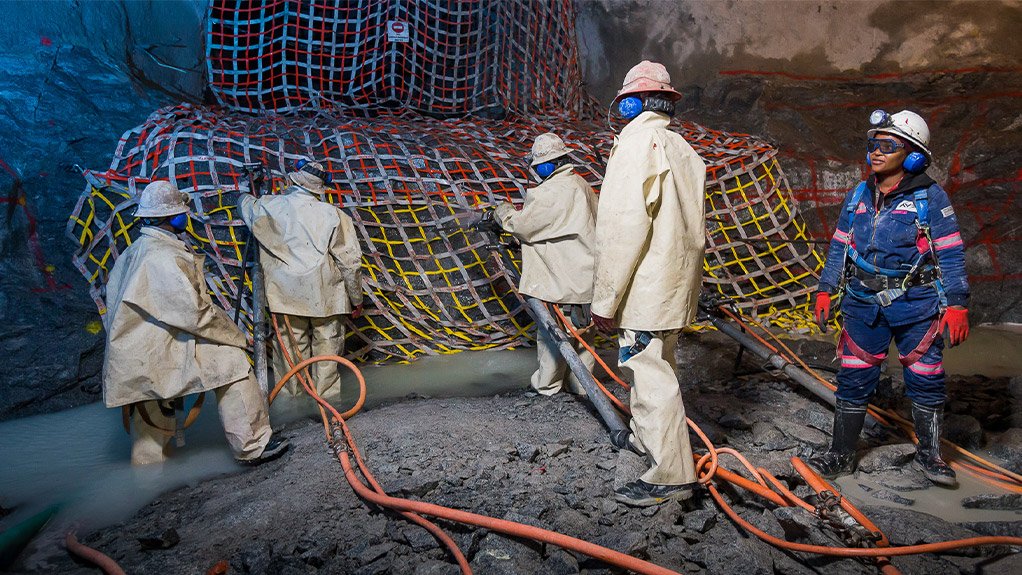 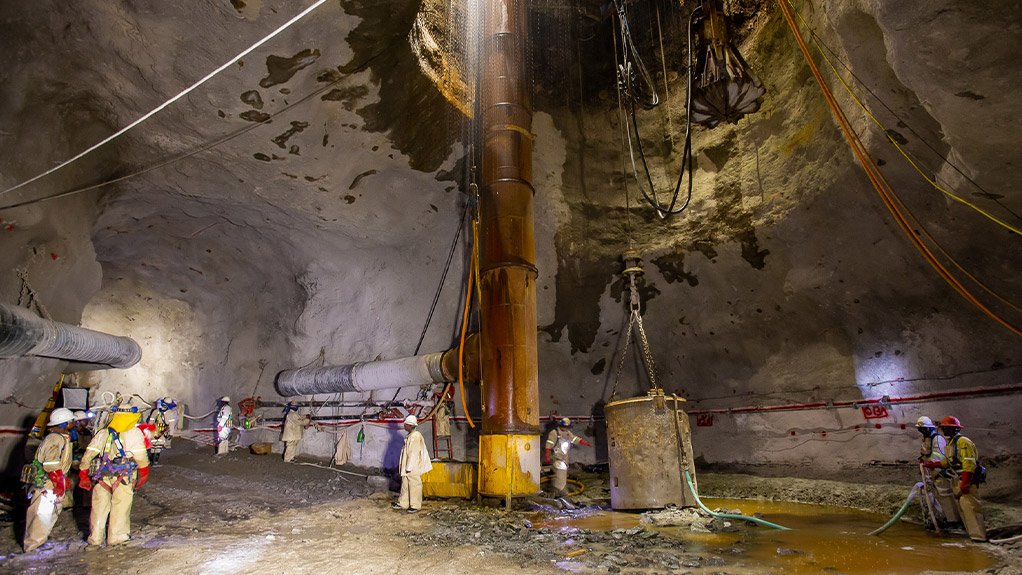 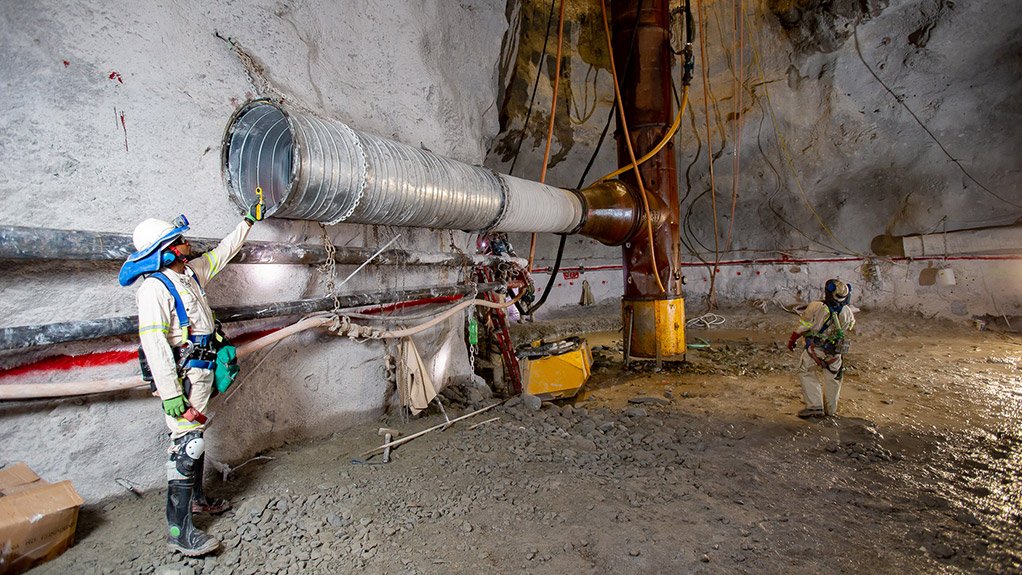 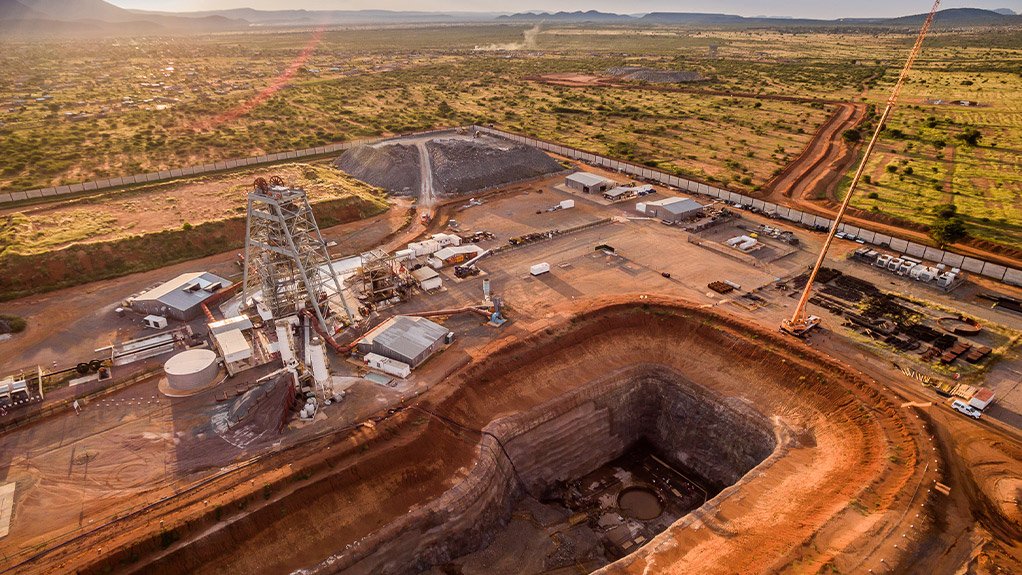 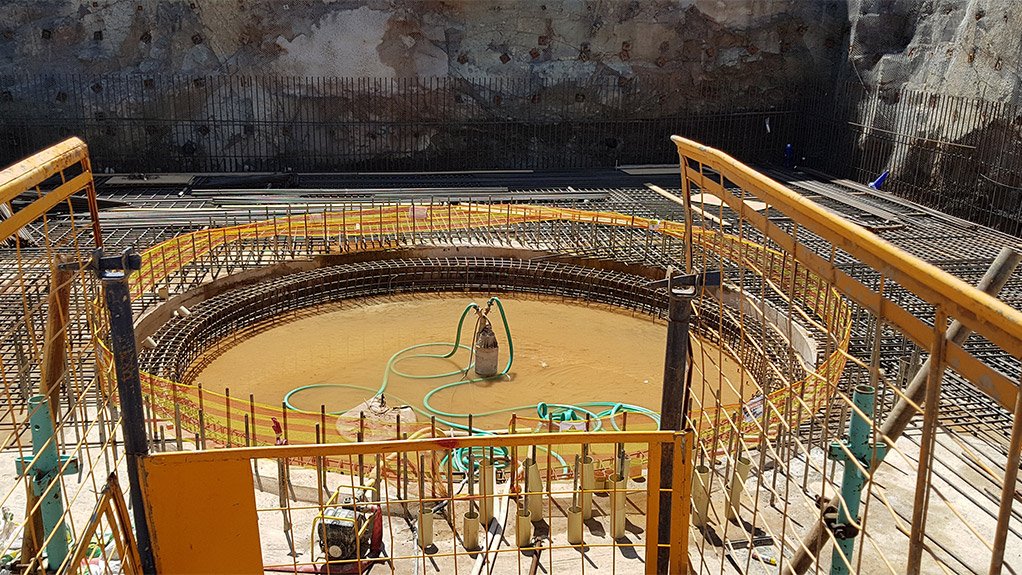 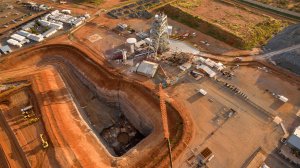 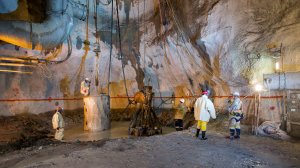 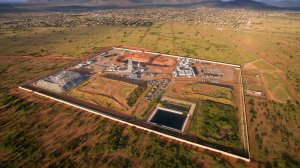 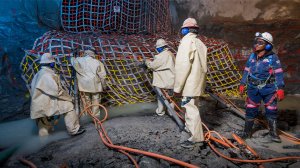 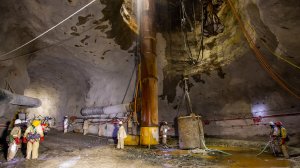 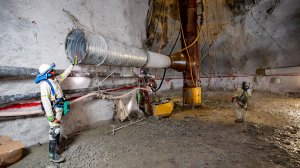 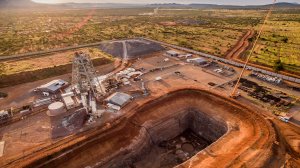 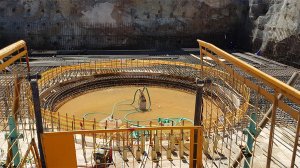 Ivanplats, the South African subsidiary of Ivanhoe Mines, is expected to complete early-works construction at Shaft 2 of the Platreef palladium/platinum/nickel/copper/gold/rhodium project, near Mokopane, in Limpopo, South Africa, in the second quarter, says Ivanplats VP and project director Gerick Mouton.

Mining contractor Murray & Roberts Cementation is the principal contractor for Shaft 2 and has employed the services of civil engineering company Concor Holdings as a subcontractor.

Mouton notes that Ivanplats will implement insights gained from Shaft 1 and current shaft sinking best practices while sinking Shaft 2. Various technical aspects relating to shaft sinking technology are being considered, including tracked excavators and tracked drill rigs for the mucking of rock and support drilling respectively.

“Engineering solutions that have been implemented to reduce or eliminate risk exposure at Shaft 1 will also be introduced while sinking Shaft 2.”

Meanwhile, Mouton points out that Ivanplats has completed the 450 m pumpstation and 750 m mining access station on Shaft 1. “The 850-m-level mining station is being developed and completion is also expected by mid-2019 – more than a month ahead of schedule. Moolmans is the principal contractor for Shaft 1 sinking and station development.

Shaft 1 is expected to reach its projected final depth of about 982 m, complete with the 950 m mining station, in early 2020.

Shaft 1 will become the primary ventilation shaft, while Shaft 2 will be the primary hoisting shaft to the Platreef mining zones.

Shaft 2 will have an internal diameter of 10 m and will be equipped with two 40 t rock-hoisting skips, which will have the largest hoisting capacity at any mine in Africa.

He says introducing unskilled individuals from the local community in Mokopane to shaft sinking operations and ensuring that the company transfers all the required skills to the new employees were some of the challenges.

“We now have more than 50% of our shaft sinking team from the surrounding Mokopane communities, and these employees are well-integrated into the sinking teams. Our safety and productivity performance is verification that this was highly successful,” adds Mouton.

Ivanplats has completed the excavation of the box cut for the headgear as per the planned design down to a depth of 29 m, while construction of the ring beam and the tower hitch foundation is under way and scheduled for completion by midyear.

The concrete hitch, which is 33 m long, 29 m wide and 5 m in height, is currently being constructed. The foundation will support the 103-m-tall concrete headgear that will house the shaft’s permanent hoisting facilities and support the shaft collar. Mouton notes that the total foundation incorporates 10 600 t of concrete and 550 t of steel reinforcing.

A Koepe winder is a system where the winding drum is replaced by a large wheel or sheave. Both cages are connected to the same rope, which passes around some 200 º of the sheave in a groove of friction material. It is often used for hoisting heavy loads from deep shafts and has the advantage that the large inertia of the ordinary winding drum is avoided.

The reinforced concrete headgear will house two Koepe winders. The rock winder will use a set of 40 t counterbalance skips and will have a hoisting capacity of six-million tonnes a year. The winders are best suited to high-production volumes and enhanced efficiency.

Meanwhile, the main winder will service a man cage with a capacity of more than 200 people in one lift, designed to allow for the transportation of large trackless equipment (50 t haul trucks and 17 t load-haul-dump machines) from surface to underground workings with minimal dismantling.

Mouton explains that the health and safety of Ivanplat’s employees, contractors, visitors and other stakeholders involved in the Platreef project remain one of its core priorities.

“We have spent endless project hours in understanding the risks relating to our operation and how best we need to manage the risk exposure our employees face on a daily basis, especially with regard to shaft sinking.”

Following on this, the company has moved away from certain traditionally accepted shaft sinking practices to create a safer working environment and more resilient safety culture at the project. “Employees at Ivanplats are fully involved in these processes and, as a result, take ownership of the safe operating procedures,” Mouton emphasises.

He adds that the company’s leadership is committed to zero harm and has ensured continuous improvement in safe work methods since shaft sinking started at Ivanplats.

“We have challenged the conventional shaft sinking safety standards and have implemented safer and more productive methods of shaft sinking.”

Improvements that were introduced include bare enhanced ventilation and environmental management, shift clearance systems, new communication systems, removing people from shaft bottom during the lashing cycle, cleaning and mucking of the shaft bottom, as well as equipping the shaft services and safety nets around the stage platform.

In addition, the company uses the “hierarchy of control model” when conducting risk management reviews, with the primary focus on elimination, substitution and engineering solutions, rather than administrative and personnel protective equipment, as the latter are less effective and sustainable, Mouton explains.

Examples of risk reduction measures implemented at Shaft 1 – which have made a very positive impact on the overall safety culture and performance – include fully mechanised shaft lashing methods, with no employees at shaft bottom during cleaning when a cactus grab is used, and mechanical installation of safety nets between the sinking stage and shaft sidewalls.

Vehicles operating at the construction site are fitted with vehicle- and people- detection systems, while electronic gas-monitoring and shift clearance systems are employed.

The Platreef project is a Tier 1 discovery containing the underground Flatreef deposit of platinum, palladium, rhodium and gold (3PE+Au), nickel and copper. Ivanplats has declared initial, probable mineral reserves of 17.6-million ounces of 3PE+Au – an increase of 13% following stope optimisation and mine sequencing work.

The mineral reserve is expected to support a 32-year mine life at steady-state production of four-million tonnes a year. Platreef’s Phase 1 startup plan is to process four-million tonnes of ore a year and produce 476 000 oz of 3PE+Au, plus 21-million pounds of nickel and 13-million pounds of copper. It was the subject of an independent definitive feasibility study (DFS) completed in July 2017. The proposed Phase 2 expansion will involve doubling mine production to eight-million tonnes a year, placing it among the world’s largest platinum group metals (PGMs) mines. Phase 3 will involve further mine expansion to a steady-state, 12-million tonnes a year, which would establish Platreef as the world’s largest primary PGMs mine. Key features of the Platreef DFS include indicated mineral resources containing an estimated 41.9-million ounces of 3PE+Au, with additional inferred resources of 52.8-million ounces of 3PE+Au. The Platreef project will rank at the bottom of the cash-cost curve, at an estimated $351/oz of 3PE+Au produced, net of by-products and including sustaining capital costs, and $326/oz before sustaining capital costs.

Mining zones in the current Platreef mine plan occur at depths from about 700 m to 1 200 m below the surface.

The main access to the Flatreef deposit and ventilation system is expected to be through five vertical shafts.

Shaft 2 will host the main personnel transport cage, and the material and ore-handling system. Shafts 1, 3, 4 and 5 will provide ventilation for the underground workings. Shaft 1, currently under development, will also be used for initial access to the deposit and early underground development.

Low-cost, mechanised mining methods will be incorporated, including longhole stoping and drift-and-fill mining. Mined-out areas will be backfilled using tailings from the processing plant and cement.

The mine plan calls for the addition of large, mechanised mining equipment, including 14 t and 17 t load-haul-dump machines and 50 t haul trucks to support the planned longhole mining method. The ore will be hauled from the stopes to a series of ore passes that will connect to a main haulage level at Shaft 2, from where it will be crushed and hoisted to the surface for processing. The flowsheet for Phase 1 comprises a four-million-tonne-a-year, three-stage crushing circuit, which will feed into two parallel milling-flotation modules, each with a capacity of two-million tonnes a year.

About 2 000 permanent employees will be employed for Phase 1. In addition, several thousand indirect jobs are expected to be created.

The estimated preproduction capital requirement for Phase 1 is about $1.5-billion.