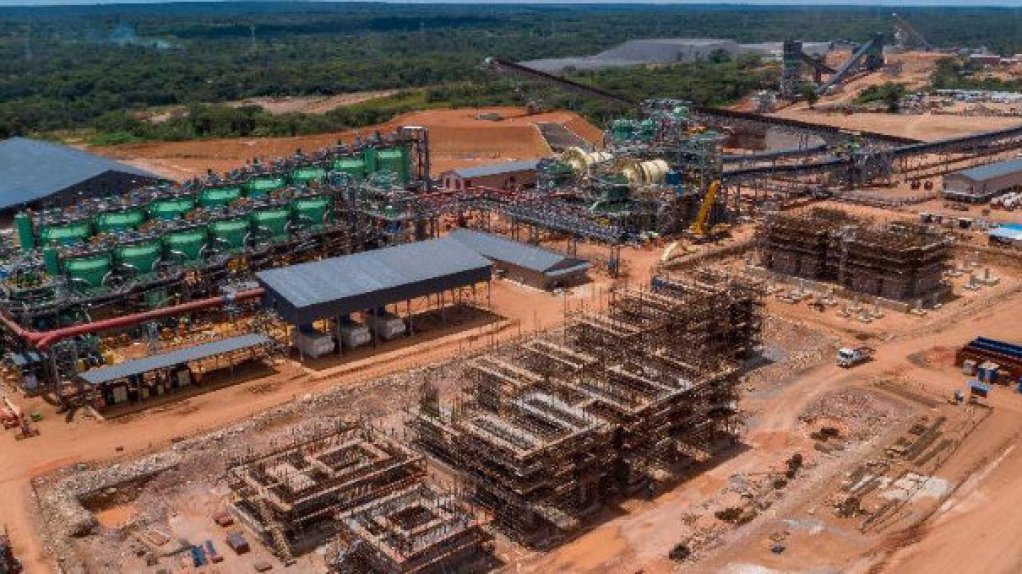 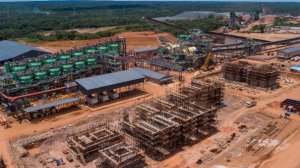 Kamoa-Kakula’s Phase 1, 3.8Mt/y concentrator and foundations for the Phase 2 concentrator.

Cashed-up base and precious metals developer Ivanhoe Mines is considering accelerating the Phase 3 concentrator expansion at its Kamoa-Kakula project, in the Democratic Republic of Congo (DRC), following the recent success of its $575-million convertible notes financing.

The Canadian company, which owns the project in a joint venture with China’s Zijin Mining, has already brought forward Phase 2 production to the third quarter of 2022. Phase 2 will increase copper output to 400 000 t/y, or about 880-million pounds a year.

“Our improved capital position now opens the distinct possibility of earlier development of the Phase 3 expansion, which will bring copper production at Kamoa-Kakula up to approximately 530 000 t, or approximately 1.2-billion pounds, per year,” says Ivanhoe Mines co-chairperson Robert Friedland.

The Kamoa-Kakula project entails five incremental phases of 3.8-million tonnes a year each, which, once completed, will position the 19-million-tonne-a-year operation as the world’s second-largest copper mining complex, with output peaking at 800 000 t/y.

Production from the first phase is expected to start in July this year, which will mark Ivanhoe’s transition from an explorer and developer to a mining company that produces copper, platinum-group metals and nickel.

The additional funding also allows Ivanhoe to accelerate hydropower upgrades to provide sufficient clean and renewable electricity for Kamoa-Kakula expansions, including a smelter, and to step up exploration work at its Western Foreland project.

Friedland describes expedited hydropower upgrades as a “high-priority opportunity”, as the company seeks to produce the “green” copper that the world energy transition requires.

An independent audit of Kamoa-Kakula’s greenhouse-gas intensity metrics has calculated that the project will be among the world’s lowest greenhouse-gas emitters per unit of copper produced.

Regarding downstream plans, Ivanhoe reports that Kamoa Copper is considering the potential construction of a smelting complex to produce blister and anode copper.

Investing in a smelter will reduce transport and logistics costs, export taxes and concentrate treatment charges, while also producing sulphuric acid as a by-product, the company states.

Based on Finland’s Outotec direct-to-blister furnace technology, the smelter complex will have a design capacity of 750 000 t/y to one-million tonnes a year of concentrate feed, producing more than 400 000 t/y of copper in the form of blister and anode.

According to the 2020 preliminary economic assessment for Kamoa-Kakula, such a project will require $600-million.

Meanwhile, Ivanhoe says field work as part of the 2021 exploration programme on its Western Foreland exploration licences – in close proximity to Kamoa-Kakula – will begin at the start of the dry season, which is typically in April.