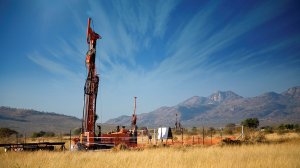 Exploration under way on the northern limb of the Bushveld Complex.

PTM and Ivanhoe are listed on the Toronto Stock Exchange, and Sylvania is a London Aim quoted company.

The northern limb of the Bushveld contains a diverse array of mineralisation that is significantly weighted towards platinum group metals (PGMs).

Mining Weekly can report that Ivanhoe has been granted three new exploration rights that cover a total surface area of 80 km2, next to the company’s Platreef project – a palladium, rhodium, nickel, platinum, copper and gold development project that is 64% owned by Ivanhoe.

In addition, Earthlab CEO Deon du Plessis highlighted the northern limb’s vast exploration and mining potential by disclosing that the same zone being developed as an underground mine by the Waterberg PGM project has been discovered as having opencast mining potential for Sylvania, with exploration drilling confirming that the deposit is open at depth.

Miller commented further that “if Ivanhoe does as it is used to doing, then we should see just this project start making a material difference to the S&P Capital IQ's exploration budget statistics for South Africa – as a Canadian public company, their budgeted exploration spending is at least likely to be captured in the stats. And Ivanhoe knows how to spend”.

“Ivanhoe also clearly had access to what is described in the announcement as ‘a widely spaced regional ground gravity survey’ before being granted the exploration rights.

“I wonder if they got the data from the Council for Geoscience in terms of its new data policies and its new data portal? If so, then it is doing exactly what it is supposed to do – crowd in private sector exploration investment.

“What is also interesting is that these three companies have all been operating in South Africa for decades, and yet local investors and the JSE have been unable to persuade them to consider a local secondary listing.

“This is worth pondering as the local market should be the natural venue for Bushveld platinum group metals projects,” stated Miller, whose view is that Minerals Resources and Energy Minister Gwede Mantashe should simply phone each company's chairperson to fast-track a low-cost, light-touch, secondary JSE listing.

Earthlab senior exploration geologist Natalie Brand expanded on that with these words: “Very good points – secondary listing would be encouraging for other foreign investment. Still so much untapped potential in this area.”

The new exploration rights form a continuous block on the south-west border of Ivanhoe’s existing Platreef mining rights at Turfspruit and Macalacaskop, which together cover 78 km2.

The exploration rights reportedly overlap a significant geophysical gravity anomaly known as the Mokopane Feeder, the centre of which is located approximately 10 km from Platreef’s Shaft 1.

The Mokopane Feeder anomaly is said to be one of the most significant gravity features of the Bushveld Complex. Academic studies based on historical data hypothesised that the anomaly represents a primary feeder zone to the Rustenburg layered suite of the northern limb.

To better understand the conceptual Mokopane Feeder target, Ivanhoe will reportedly commence a detailed high-resolution, airborne-magnetic and gradiometer-gravity survey over the project area, for completion early next year.

As reported by Mining Weekly earlier this week, results from studies carried out on Sylvania's exploration targets on the northern limb have demonstrated projects with upside potential.

These results include an updated mineral resource estimate and scoping study for the Volspruit project, which focussed solely on the Volspruit North Body, and exploration results for far northern limb projects, which consist of the Aurora project containing the La Pucella target, and the Hacra project.