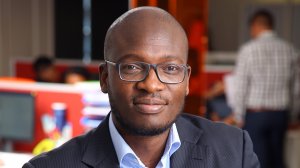 JOHANNESBURG (miningweekly.com) – Despite its many challenges, 2022 has been a very successful year for the Menar group of companies.

“We increased production at our operations, maintained our solid safety record, and made good headway in the development of our new projects,” Menar chairperson Dr Mpumelelo Mkhabela told Mining Weekly in a Zoom interview. (Also watch attached Creamer Media video.)

On course to exceed a yearly product target of 2.4-million tons a year is the group’s Khanye Colliery in Bronkhorstspruit, Gauteng, and its Phalanndwa Colliery in Delmas, Mpumalanga, is well on the way to exceeding its targeted two-million tons for the year.

Importantly, both these operations have been able to mine and process significant tonnages while maintaining safety records.

At the group’s Kangra coal mine, in Mpumalanga, the new Udumo Adit – where construction began on 6 April 2021 and was completed in January 2022 – has produced its first coal. Development of Kangra’s Kusipongo reserve could extend the life-of-mine (loM) for another 20 years at least and enable it to continue to support the local communities very meaningfully.

Also being accelerated is the development of Belgarthen A, another adit project, which will further extend mine life and provide additional job opportunities in a rural area where unemployment is rife.

Under development at Zululand Anthracite Colliery in Emakhalathini, about 100 km from Richards Bay in Northern KwaZulu-Natal, is the new Mngeni shaft, which has a resource of 1.2 million tons and an anticipated mine life of 2.5 years.

Finally, East Manganese has enabled the group to gain insight into manganese dynamics, as well as the Northern Cape’s social and regulatory space. “We hope to take the lessons learnt into our next manganese project,” Mkhabela commented.

The lack of trains to transport coal to the Richards Bay Coal Terminal has been the major negative of 2022.

Although Transnet Freight Rail is steadily improving train availability, trucks are still having to be used to transport product to port.

Trucking is far more expensive than rail and it is a cost that the company is having to absorb.

Menar plans to invest heavily in new mining projects until 2025. Its main near-term target is to ensure the full licensing of Bekezela, where mine development investment of R1.5-billion is planned.

With a 22-year LoM, there is optimism that Bekezela will benefit from the government’s plan to cut red tape. The project will employ 320 people directly and create important economic spinoffs.

The required licences for the Gugulethu project have been acquired and an investment of about R600-million is planned for Phase 1 of this development, where construction is underway. Gugulethu has an estimated LoM of about 50 years, based on run-of-mine production of about 200 000 t a month from opencast areas, and 200 000 t a month from underground sections. The overall project will create 430 jobs for local community members.

The outlook on coal will be influenced by several factors, with Mkhabela highlighting the first of these as global energy requirements.

Second on Mkhabela’s list is global economic recovery, which is continuing to be hampered by sporadic Covid lockdowns in China and Russia’s war in Ukraine.

Third on his list is the reality of climate change concerns as signified by COP27. “This means coal’s unpopularity will continue to gain momentum, but this will have to be weighed against the reality that the transition to renewable energy sources is fraught with many policy and technological uncertainties.

“You don’t need to be a climate change denialist or anti-coal lobbyist to appreciate this fact that, when the chips are down, coal is the default dependable energy source. But we don’t expect the lobby against coal to die down.

‘In fact, after COP27, it will run full steam. But it won’t stop many countries, including those involved in a variety of ‘climate finance’ arrangements, to default to the ever-dependable coal when need arises.”

Lastly, logistics, in his view, will be big factor in 2023. “In 2022, South Africa did not fully benefit from the high coal prices owing to logistics constraints, at least not to the extent that its peers in coal mining have – such as Indonesia and Australia.

“But if Transnet’s undertakings are anything to go by, there is a real chance that the situation will improve, and we might see more South African coal getting into the export markets,” Mkhabela added.

Mining Weekly: Is your diversification strategy still on track?

Mkhabela: Most certainly it is. We have almost completed our drilling programme in the area where we plan to invest in developing a new manganese mine. We are in consultation with a variety of stakeholders. We believe we are on course to make the announcement in the new year.

What’s your assessment of the government’s tackling of bureaucratic red tape?

We feel that progress has been made to date. However, a lot still has to be done for South Africa to once again be the leader in attracting foreign direct investment into its mining sector. But we are conscious that this will take time and effort and we once again reiterate our support for the government in its efforts to reduce bureaucratic red tape that is holding the sector back.

What would be the single most important advice you would give the government to grow mining investment?

All you need to do is to improve investor confidence and create a well-founded perception that the whole South Africa is committed to tackling its unemployment crisis. One easy way to do this is to implement a carrot-and-stick approach: speedily approve business licences and threaten to revoke them if investors don’t use them. Mining licence processes have improved but water and environmental authorisations now seem to be the biggest hold-up to investment and job creation.

Are there any geopolitical developments that you expect to impact your trajectory?

The ongoing Russia-Ukraine conflict is unfortunately unlikely to end any time soon and this will probably have the biggest impact, for better or worse. Even if the war ends, European countries are unlikely to trust Russia on its gas supplies, and they will likely continue to seek alternative sources of energy supply and coal will continue to play a role. The war and the subsequent Western sanctions imposed on Russia, which reduced its supply of gas to Europe, has brought coal back into the mainstream. Several EU countries are extending the life of coal plants scheduled for closure, reopening closed plants, or raising caps on their operating hours to reduce gas consumption. Countries such as Denmark, the UK, Italy and others are once again buying coal from South Africa.

What drives your confidence in South Africa as an investment destination?

South Africa still has everything going for it, despite current challenges. It’s a leading service destination, a regional manufacturing hub, the most industrialised country in Africa, and it has a wealth of natural resources. Its established transport infrastructure, sophisticated financial and regulatory environments, coupled with its established manufacturing sector make it ideal for multinationals looking to establish a base for trade with the rest of the continent. It also has a progressive Constitution and an independent judiciary. Its mature, accessible legal system provides certainty and respect for the law and property rights, and the Protection of Investment Act provides domestic legal protection to foreign investors.