Iron-ore mine builds 1 000-person changehouse at mine

Iron-ore mine builds 1 000-person changehouse at mine 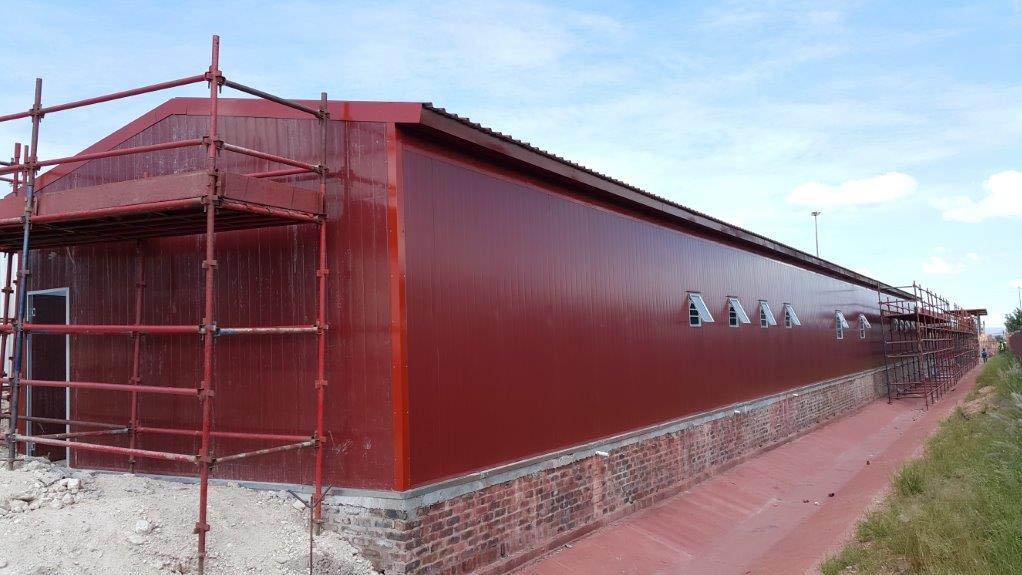 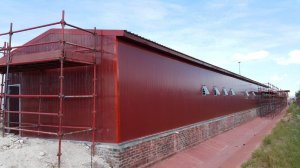 Prefabricated accommodation specialist Speedspace is expected to complete the construction of a 1 000-person changehouse for Kumba Iron Ore’s Kolomela project, in Postmasburg, in the Northern Cape, on schedule.

As of March 14, the project was on track for completion by the end of March, barring any unforeseen delays.

The company was awarded the contract to construct the changehouse for the Anglo American subsidiary in mid-October last year. “The mine’s existing changehouse had reached capacity, owing to an expanding workforce,” explains Speedspace sales director Rudolph Wiggett.

He tells Mining Weekly that Kolomela’s mine management approached Speedspace because of its adaptable products and its ability to deliver on tight deadlines. “The mine required a building solution that could be completed within a limited period, consequently necessitating alternative building methods, which is something in which we specialise.”

Wiggett says the original timeframe for the project was three months, but notes that Kumba requested that the project be completed sooner to limit the impact on mine production. Thus, Speedspace increased its staff complement from 17 to 25 workers at peak, with nine workers remaining on site permanently.

Assembly of the 560 m2 changehouse started on February 6, following the mine’s induction process, which included medical check-ups for Speedspace staff, and three days of safety training to assimilate Kolomela’s health and safety policy. The mine health and safety officer and mine engineer also had to approve all Speedspace’s safety-related documentation, comprising risk assessments, method statements and training certificates.

The Johannesburg-based company, which had previously completed work for Kumba Iron Ore in 2008 and 2011, recommended its Speedplan modular building solution, because it was best suited for the application, especially when taking time constraints and the changehouse size requirements into consideration.

Wiggett describes the Speedplan solution as a custom-built, modular, panel-based building, manufactured locally and containerised for transportation to site, where it is erected on either a concrete slab foundation or a factory-manufactured, suspended floor.

The modular panel system is suitable for most types of accommodation, including ablutions, dormitories, kitchens, schools, clinics, houses and site offices.

Wiggett explains that the changehouse, which includes showers and laundry facilities, would have to be a semipermanent structure capable of withstanding a large amount of water and foot-traffic. This eliminated the company’s mobile prefabricated Parkhome building solution, which is a relatively small, temporary structure; the Ufudu Cabin, which is flat-packed and shipped by sea, and, therefore, better suited to international projects; as well as the steel container option, which would require extensive conversion and, thus, take too long to complete.

Besides the laundry facilities, which separate the male and female sections of the changehouse, the 100 m × 6 m structure also includes a separate section for mine supervisors. Speedspace is also supplying all ancillary furniture and has designed and integrated a solar water heating system, which includes backup in case of persistently cloudy conditions.

African Opportunities Given the recent stagnation of the local mining sector, compared with the largely underdeveloped and growing mining sectors in other African countries, Wiggett feels that the company’s future growth lies beyond South Africa’s borders. Therefore, it has considered supplying the rest of the African continent through its offices in Zambia, Botswana and its newly established Tanzanian presence.

Speedspace significantly diversified its product range after 2015, as a result of the commodities downturn. Wiggett notes that the company’s efforts to access new markets have been largely successful. It has supplied units to various other economic sectors, as well as its steel container offering to “new and interesting ventures” in the industrial and maritime markets.

The company intends to renew its focus on Africa this year, using the Ufudu Cabin product, which is best suited to the African market.

Wiggett stresses that there still are opportunities in South Africa’s mining sector, but that the number of active mining projects will increase only if its political environment stabilises.