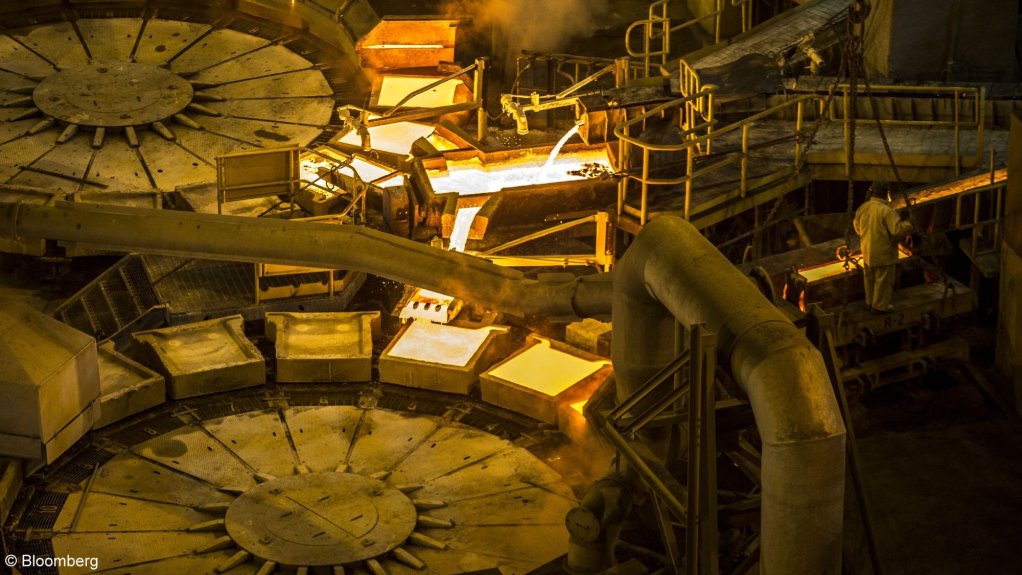 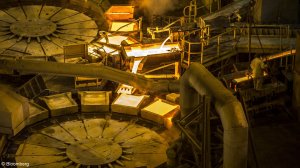 A year into the red-hot bull run in industrial metals that’s lifted copper to record highs, investors are still piling in, staking billions of dollars that it won’t run out of steam any time soon.

The word from Wall St. is “don’t stop buying now", with Goldman Sachs Group and Bank of America among those advising investors to load up in anticipation of a long-term rally fueled by the world’s recovery from the pandemic and a spending splurge on renewable-energy and electric-vehicle infrastructure.

Copper’s already doubled in the past year to more than $10 000/t, and Bank of America says $20 000/t is possible if supply falters badly while demand surges.

The rally marks a revival for an area that languished for years, and has turned more people on to investments long viewed as unattractive. In futures markets, investors have already heeded the call, with speculative bets in London and New York copper contracts hitting historical peaks during the red metal’s dramatic ascent.

“One of the things that drives commodities to their peak is financial demand, rather than physical demand,” said Evy Hambro, global head of thematic investing at BlackRock. “We’re seeing a global greening of the world that’s going to be very commodity intensive, and that trend is likely to last decades.”

The race to grab a piece of the action is still accelerating, with record amounts flooding into some metal-focused exchange-traded products. That’s a trend worth watching because ETPs offer an easy route in for retail investors, whose numbers have swelled in the past year, and open the door for more institutional investors.

Mining companies are surging too as they generate supercharged profits. Valuations for Rio Tinto Group and BHP Group are at record or near-record levels, while investments in mining funds are also starting to swell.

Assets in the BlackRock World Mining Fund rose by $3.1-billion to a six-year high of $7.5-billion in the six months through April. Even so, the fund is well below the 2011 peak of $18-billion, suggesting the influx could yet have much further to run.

Still, the investment landscape in metals markets has changed a lot since the industry’s last rally, and miners may not see the same deluge of investment that came their way during the China-led commodities boom in the 2000s.

Chiefly, in a decarbonizing world, some high-profile investors are pulling out of the extractive industries, even as miners including BHP and Anglo American pivot away from assets like coal and oil and toward metals like copper important for renewables.

The balance of power has also shifted in the futures markets, with fleet-footed algorithmic investors taking the place of superstar hedge-fund managers as the dominant force. Regulations have also meant investment banks have shuttered proprietary trading desks, taking some of the power out of their bold predictions on prices.

The rally could also be hobbled if the economic recovery stumbles, eroding demand and undermining some of the commodity investment case.

But that’s not to say investors haven’t been piling in.

FIRST RESPONDERS
Among the investors to react most forcefully as copper started to rebound last March were a group of technically sophisticated algorithmic traders known as commodity-trading advisers. Parsing reams of data, they were a driving force in the early surge in bullish investor positioning.

Often their trading strategies are executed with little human oversight, so while money managers were nervously watching as Covid-19 forced major industrial economies into lockdown, CTA buying programs kicked in.

“The speculative community made a bet on a global growth recovery,” said Max Layton, managing director for commodities research at Citigroup Inc. “The CTAs didn’t necessarily know why they were doing it -- they were just doing it based on historical correlations and trends -- but they happened to make the correct call.”

Other money managers chased the move too, but the largest inflows from traditional hedge-fund investors only came once breakthroughs with Covid-19 vaccines emerged, according to Layton.

Collectively, by the end of the year, they’d help lift speculative positioning in London Metal Exchange and Comex copper contracts to a new peak, with their net position accounting for more than 10% of underlying demand, according to Citigroup.

From a low base, net inflows into the WisdomTree Copper exchange-traded commodity fund, the largest of its kind, have surged $366 million this year, lifting assets under management to a record $841-million. The five largest industrial metals ETPs saw their biggest ever inflows in April.

“The profound realization that’s sinking in with investors is that this wasn’t just a temporary surge caused by supply cuts,” said Mobeen Tahir, associate director for research at WisdomTree. “It’s in fact a fundamental shift in demand for copper that’s going to drive prices going forward.”

Commodity-index funds offer another way to invest in metals like copper, as well as energy and agricultural products, and inflows have been surging in recent months. Citigroup estimates show assets held in such funds were near a decade high at $230-billion in March.

As a basket, commodities tend to do well in periods of rapid economic growth, and also tend to act as a hedge against inflation that can erode returns elsewhere.