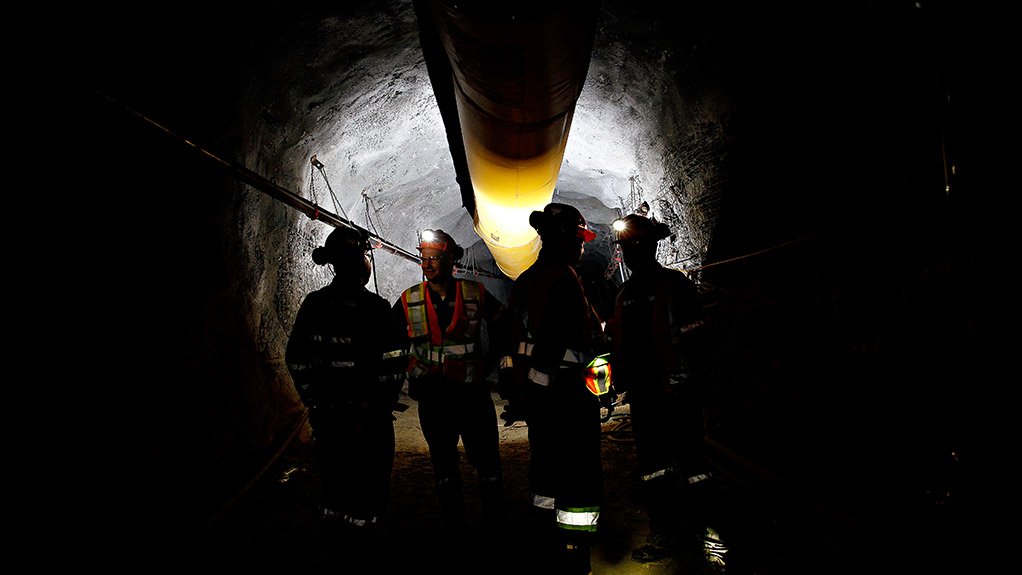 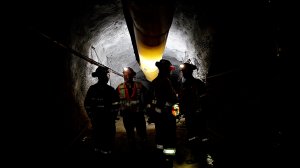 Stantec US and international mining VP Sandy Watson says deep-drilling technology for greenfield projects has continually been advanced, enabling mining companies to identify mineralisation at much greater depths with a reasonable level of confidence.

He tells Mining Weekly that deeper mining is also becoming more common in existing mines, owing to the depletion of orebodies closer to the surface.

“Current data suggests that 70% of existing mines worldwide are currently openpit operations, while 30% are underground operations. There is a likelihood that, by 2018, this ratio will be 50:50, with the trend moving towards more underground mining.”

Watson adds that advancing technologies associated with deep-mine hoisting, ventilation, refrigeration and ground support enable companies to mine safely and economically at depth, with the economics generally based on the value of the ore.

“The value of the ore must overcome the higher capital and operating costs of mining at depth, regardless of the commodity type,” he explains, adding that the mining methods used to economically extract the resource will vary, however, as they are determined by the size, shape, formation and geotechnical characteristics of the deposit.

Deep-level mining requires significant capital investment in mine infrastructure to allow for processes such as creating access to and ventilation for deep shafts, some of which are “as deep as 3 500 m or more”.

To maintain reasonable working temperatures that ensure the safety of workers underground, refrigeration and cooling plants must be used.

“These ventilation and refrigeration requirements, and the associated power loads, become a significant capital and operating cost for deep-mining operations,” he states.

Watson explains that, in addition to transporting personnel, supplies and consumables from surface to underground, as well as hoisting ore and waste rock, shafts are also used for ventilation to maintain safe working conditions.

Other ways of managing the impact of heat on deep-level mineworkers include shorter shifts and more frequent rests in a temperature-controlled environment.

Further, owing to the higher heat loads generated at depth, the groundwater inflow temperature increases, presenting challenges in terms of personnel safety, equipment operability and maintenance. He states that, as mining deepens, the increasing stress levels in the rock result in reduced excavation sizes and increased ground-support requirements to mitigate the increasing ground pressures and the risks of potential rock bursts.

“Additionally, the potential of fault activation may trigger a large seismic event,” Watson says, adding that seismic monitoring systems are becoming more important in deep-level mining because they provide better insight into rock mass response to excavation at depth. He says, in shallower mines, there is greater concern with gravity failure, as the ground support needs to handle dead weight in static conditions. “For deeper mines, the support system must be able to handle changing conditions and yield to dissipate energy associated with rockbursts, and control large rock deformation.”

Automation Watson says incorporating automation in deep-level mines is desirable as it reduces the number of workers exposed to, for example, higher temperatures and higher ground stresses.

Automation provides operational efficiency and productivity improvements that reduce overall mine operating costs and it could result in rendering a deep-mining operation economically viable.

Watson says some mines are using electric equipment such as load haul dump (LHD) trucks at depth to reduce the heat generated underground.

He says robotic technology, powered by artificial intelligence, continues to be developed and applied to tasks such as production and development drilling and blasting, and LHD truck loading and hauling, as well as ground-support installation.

Stantec has worked in deep-level mine projects at, for example, gold major Gold Fields’ South Deep mine, in Gauteng, South Africa; diversified major Glencore’s Kidd Creek mine, in Ontario, Canada; gold miner Homestake Gold’s Homestake mine, in South Dakota, in the US; and copper and gold mining company Oyu Tolgoi’s Oyu Tolgoi mine, in Mongolia.

Stantec US and international mining VP Sandy Watson tells Mining Weekly that some underground mining methods are more challenging to use than others.

He says some of the significant advances made over the years to mitigate the geotechnical risks associated with deep-caving operations include cave undercutting techniques and sequencing, drawpoint design and sequencing, ground-support techniques for temporary and permanent support, seismic monitoring systems and seismic data interpretation, draw control and cave propagation interpretation, and equipment and operation automation. Other frequently applied deep-mining methods involve the use of some form of cemented backfill, such as cut and fill, as well as blasthole stoping with delayed backfill, Watson adds.

Further, to lessen the impact of mine-induced stress and seismic activity, mining companies aim to avoid pillars, as well as primary and secondary extraction sequences by incorporating a pillarless pyramidal mining sequence to mitigate this risk.

“Ultimately, the incorporation of these types of mining methods and sequencing restrictions may reduce the overall productivity of a mining area. These methods and sequencing restrictions result in either less overall production or more equipment and personnel in more mining areas to maintain production levels, but mitigate the higher stresses realised at depth.”