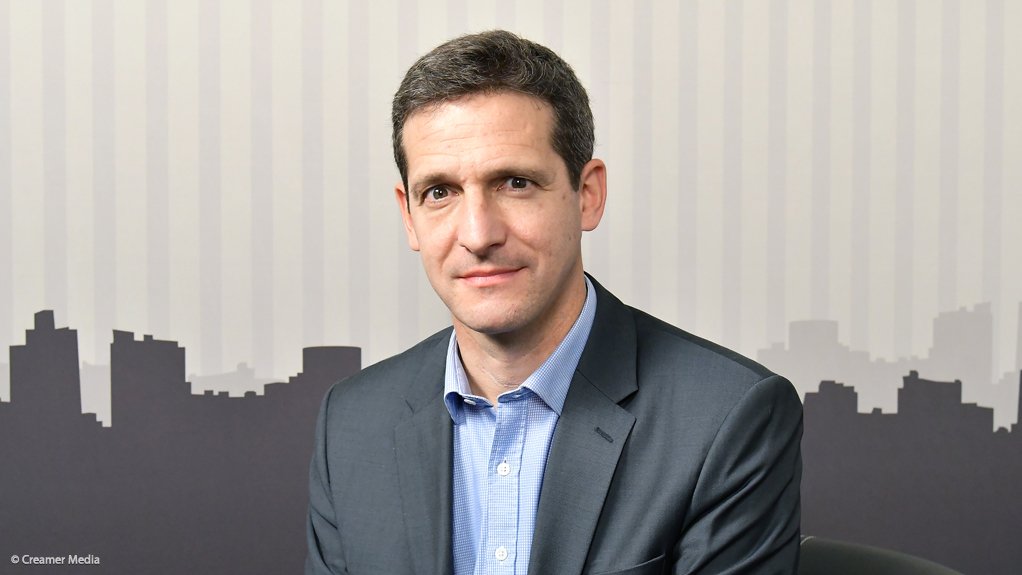 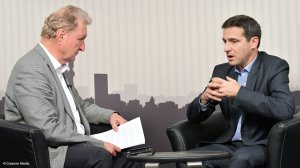 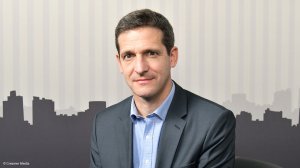 JOHANNESBURG (miningweekly.com) – The objectives of innovating and generating cash are not mutually incompatible and can be achieved at multiple levels simultaneously, says Dassault Systèmes Geovia Brand CEO Raoul Jacquand, who was in Johannesburg to showcase the French company’s suite of advanced three-dimensional (3D) software.

Ahead of the company’s National Resources Forum conference, Jacquand spoke to Mining Weekly Online about digitally enabled collaboration and how this can speed up existing processes to bring simultaneous monetary benefits to customers. (Also watch attached Creamer Media video).

At a more medium level, sensors can be introduced to improve data capture and enhance reporting accuracy, which itself translates into improved cash flow by eliminating waste.

At a higher level, more substantial return on investment can be brought about by the adoption far-reaching projects that encompass multiple systems.

He cautions, however, that the mine of tomorrow will not come about with the flick of a switch, but through the progressive adoption of a number of techniques and technologies that raise the level of automation incrementally.

Of particular note, he says, is the uptick in the adoption of drone-based topographical surveys, which provide greater accuracy and improved safety.

Envisaged for use underground are camera-mounted robots that provide the wherewithal to reconstruct the underground environment in 3D.

Four dimensional reality capture, which includes the temporal dimension, is also at hand, so “it’s exciting times”, he says.

Also, instead of workforces being put in harm’s way, they function with an iPad or a joystick in hand, which improves operational safety.

“You make the workforce happier because they are less exposed to danger and they have access to modern technology. So, you end up with a win-win,” he says.

Technology, which allows mining companies to be better stewards of their environment, is also seen as a company imperative.

By pinpointing where orebodies are located, artificial intelligence is sharpening up geological modelling. Combining that with improvements in drill-and-blast simulation lowers drill-and-blast damage and shrinks mine footprints.

In underground mines, sensor-equipped autonomous devices can be deployed to capture the reality of the rockface and to provide revealing ore samples.

The word automation raises the fear of job loss and mines operating like peopleless factories, which Jacquand rejects. “Of course, the nature of jobs will shift. You’ll have fewer people executing repetitive tasks but more people controlling the execution of these tasks.

“It won’t be a walk in the park because it involves huge change management, but we do our part,” he says.

One of the steps the company takes is to providing academic licences to universities. In Johannesburg, it has provided academic digital technology licences to the University of the Witwatersrand for integration into the curriculum.

Dassault Systèmes has mining customers in Western Europe, Central Asia, Australia and the Middle East that use 3D software to twin mines digitally and the company is currently dialoguing with customers in South Africa to adopt its commodity-agnostic technologies.