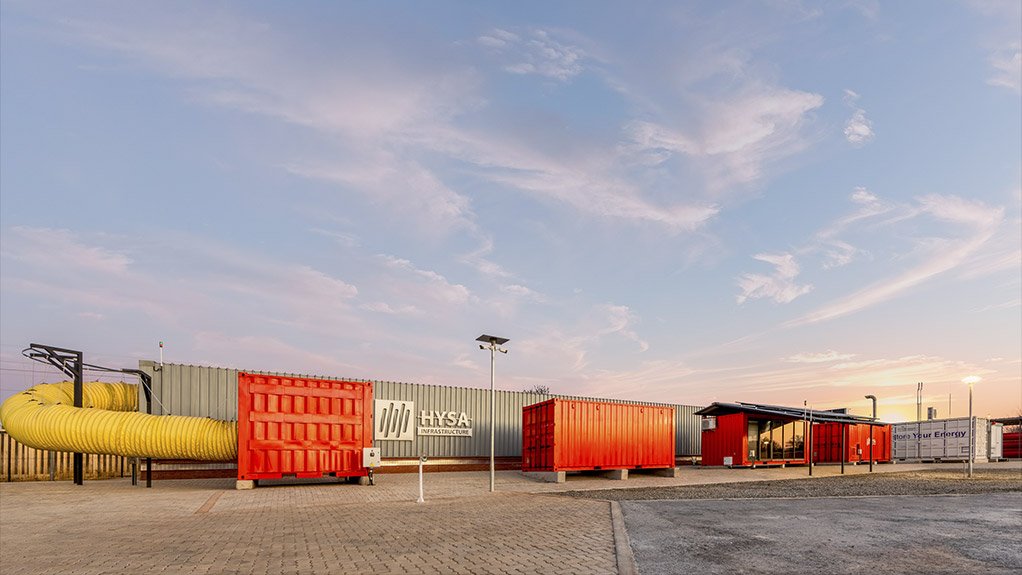 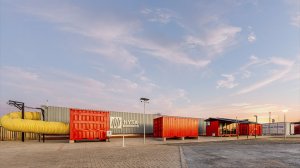 He explains that this can be achieved by replacing diesel-powered underground equipment with zero-emitting hydrogen fuel cell electrical equipment.

“The mining industry is very open to the technology. Industry players that we have communicated with are interested in knowing more, particularly how it can contribute to heat reduction underground,” states Bessarabov.

Bessarabov emphasises that miners, particularly those with underground operations, are also aiming to have diesel-less mines to reduce health risks to mineworkers.

While batteries and hydrogen are the only market-ready options for this technology in underground mines, he suggests that hydrogen fuel cells are more ideal.

“Low-temperature platinum fuel cells are most suited to mobile applications, including heavy transport and goods handling equipment and machines.

“Low-temperature proton-exchange membrane (PEM) fuel cells use platinum catalysts. If we go up the value chain, however, to hydrogen production, using PEM electrolysers will introduce additional platinum and iridium demand.”

He states that about ten times more platinum-group metals (PGMs) would be used in a PEM electrolyser to produce the hydrogen required for every kilowatt of fuel cell installed.

The PEM electrolyser can also be powered using renewable energy such as solar photovoltaic and wind energy. A 28 kW electrolyser inside a containerised hydrogen production system is already coupled to a 50 kW PV system.

“New technology based on PEM fuel cells is also promising in terms of hydrogen compression. The other potential use for platinum for hydrogen underground applications will be to address safety concerns around using hydrogen in confined spaces.”

A significant challenge in this solution is that hydrogen is flammable under certain conditions and poses a safety risk, particularly in confined spaces underground.

He highlights, however, that hydrogen is produced worldwide at about 60-million tonnes a year, and boasts an ideal safety record.

While there have been efforts by organisations, such as a programme by government department Natural Resources Canada, and CanMet Mining, to establish codes and regulations, there are currently none accepted.

This is a concern because, while many risks are mitigated through the correct placement of equipment and ventilation, a leak is always a possibility with hydrogen buoyancy and high diffusivity.

“For this, a quantification of the risk is required. There is currently minimal information available regarding hydrogen release in ventilated confined spaces, and it does not consider active mining environments. Solving this uncertainty is the aim of the ventilation test facility,” he explains.

Additionally, HySA has been developing proprietary PGM-based technologies designed to reduce the risk of hydrogen leaks for the past three years.

“The main aim is to prevent a fire. This includes the elimination of ignition sources and the dilution of potentially risky gas mixtures through ventilation.”

Bessarabov also states that government entities have been approached to implement safety measures for the said technologies, and although the responses have always been positive, there is a lack of support from mining-related offices. The Department of Science and Innovation has, however, been supportive in terms of funding.

He highlights that the ventilation facility, built at the Potchefstroom campus of North-West University, has contributed significantly to the ongoing research and development of safety measures and procedures.

“The ventilation facility was endorsed by a few prominent local mining companies. The facility is also of interest to some potential European consortia, which are considering the testing of hydrogen passenger cars in tunnels.”

Construction of the facility started at the end of 2017 and was completed in November last year. The initial proof of concept ventilation tests was first conducted at a temporary site that consisted of a 40 ft container.

The ventilation test facility includes many modular components, as commissioning of each component is done individually.

After the civil construction work was completed, hydrogen and nitrogen supply infrastructure were some of the first components to be commissioned.

“The commissioning of these components was required to commission the 5 Nm3/h liquid organic hydrogen carrier (LOHC) hydrogenation system. Once this was done, relocation of equipment from the temporary site was completed in the middle of this year, and these are being commissioned.”

While the facility has successfully conducted much important research, Bessarabov claims that the main challenges lie in funding and labour.

“Working in a university environment introduces specific challenges, as universities are typically set up for educational activities, and large infrastructure projects take time to establish.

“We are open for collaborative projects. If we want to develop our local knowledge and intellectual property, we need to move fast and promote skills development,” Bessarabov concludes.