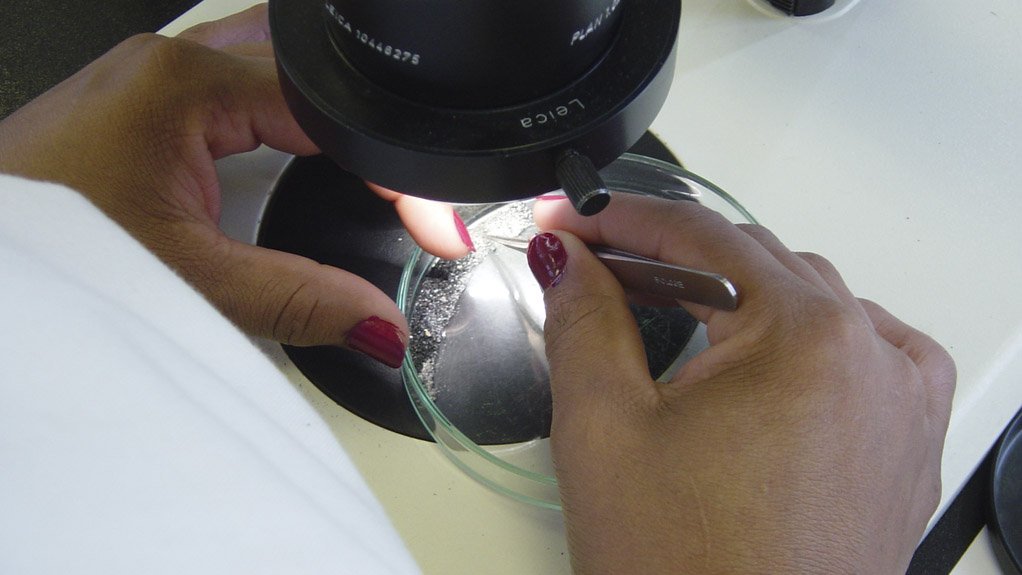 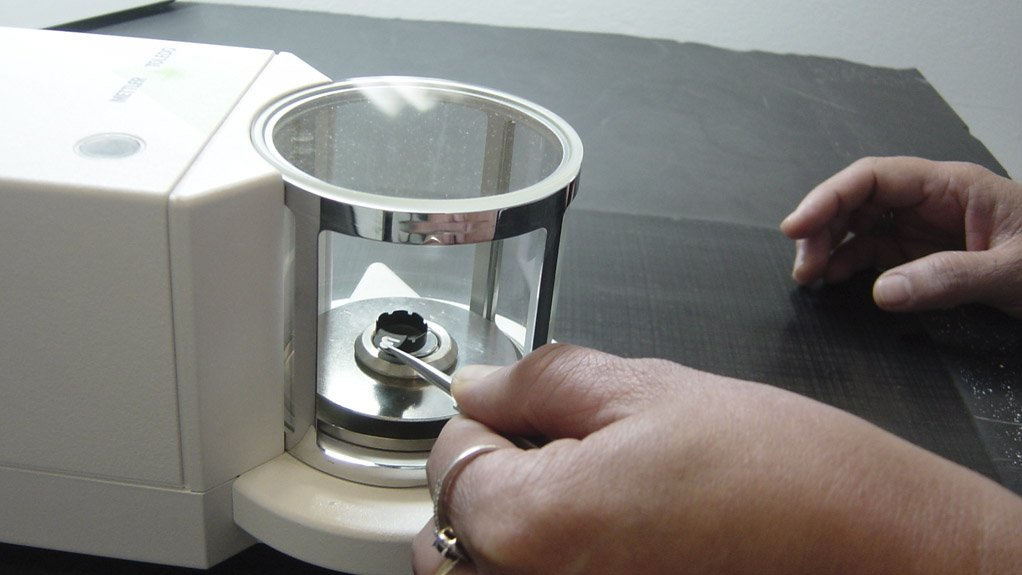 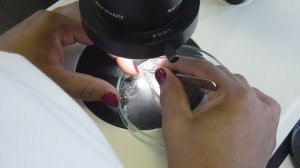 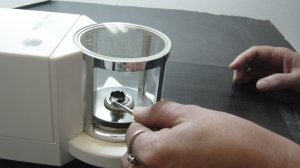 MSA laboratory manager Hilde Cronwright points out that some of the enquiries are from clients that have a combination of alluvial and kimberlite targets, and which often want to start small-scale mining to generate early cash flow to fund further exploration.

Potential for growth in the diamond industry relies on interest from junior exploration companies, MSA points out.

For example, junior exploration companies, such as Botswana-based diamond explorer Pangolin Diamonds, are actively exploring undeveloped pipes in the Tsabong kimberlite field, in south-western Botswana. “Kimberlites overlooked by the bigger mining houses in the past are now being developed by juniors,” says Cronwright.

The Tsabong field is about 280 km south-west of the Jwaneng mine, the world’s biggest diamond mine, which is owned by Debswana, a joint venture (JV) between leading diamond company De Beers and the government of Botswana.

Tsabong is noted for the exceptionally large size of many of its kimberlites, particularly the 180 ha MK1 kimberlite, which is one of the largest known diamondiferous kimberlites. The field also contains five kimberlites larger than 50 ha and 32 kimberlites between 20 ha and 50 ha.

Cronwright maintains that there is a global lack of financial investment funding for diamond exploration, as it is probably regarded as the riskiest commodity in which to invest. She explains that, geologically, not all kimberlites are diamond bearing and, even if they are diamondiferous, it might not be economical to mine them, or they could contain only low-value stones.

She advances that exploration is often affected by delays in the approval of prospecting right applications and a lack of security of tenure, owing to political intervention. “It’s a difficult situation, as projects need to be derisked before investors are prepared to provide funding, but money is required to increase knowledge about a deposit,” says Cronwright, who refers to sampling to test the preliminary grade as an example.

MSA warns that the diamond industry urgently needs to find new mines, as the supply-demand gap will widen from 2019 onwards and, consequently, drive price increases. Cronwright emphasises that considerable lead time – between five and ten years – is needed following the discovery of a deposit before a mine can start production.

However, sustaining long-term demand for diamonds is a challenge in developed markets where a new generation of consumers prefer to spend their income on travel and other luxury goods.

Cronwright states that this does not bode well for existing mines, which are mining more efficiently and producing large diamonds.

Diamond miner Petra Diamonds’ Cullinan mine, in Gauteng, and diamond producer Lucara Diamond’s Karowe mine, in Botswana, improved their crushing circuits to recover larger-sized stones that are worth significantly more per carat owing to their rarity.

Petra Diamonds announced earlier this month that the 121.26 ct white diamond recovered at the Cullinan mine sold for $6-million ($49 480/ct), during the company’s June sales process in Johannesburg.

The stone has been bought by a JV, comprising rough diamond trading company Nemesis International and diamond manufacturer Golden Yellow Diamonds, both specialising in large diamonds.

Another challenge is the penetration of undisclosed synthetic diamonds that can undermine consumer confidence in the sector. It is, therefore, up to diamond companies’ market- ing divisions to promote the exclusivity of natural diamonds.

MSA’s new custom-built caustic fusion preparation facility – to be commissioned next month – will be the only one in Africa and is ideally placed to service the company’s South African and other African clients.

This facility was constructed in Brakpan, Johannesburg, by mining equipment supplier Min-Met Equipment to process kimberlite samples for microdiamond analysis. The diamond content is evaluated by MSA, which provides a cost-effective, first-stage approach to assess the diamond potential of kimberlite before embarking on more expensive bulk sampling.

MSA also offers petrographic studies of kimberlites and other rocks, and mineral chemistry analysis to evaluate the diamond potential of kimberlites.

Cronwright concludes that, as well as having a good project, it is also important to have a good advisory, project management and technical team to ensure that the exploration project is conducted according to industry best practice, get the best value is obtained from exploration spend and all results comply with reporting standards. “This is where MSA can offer a lot of value and experience,” she concludes.