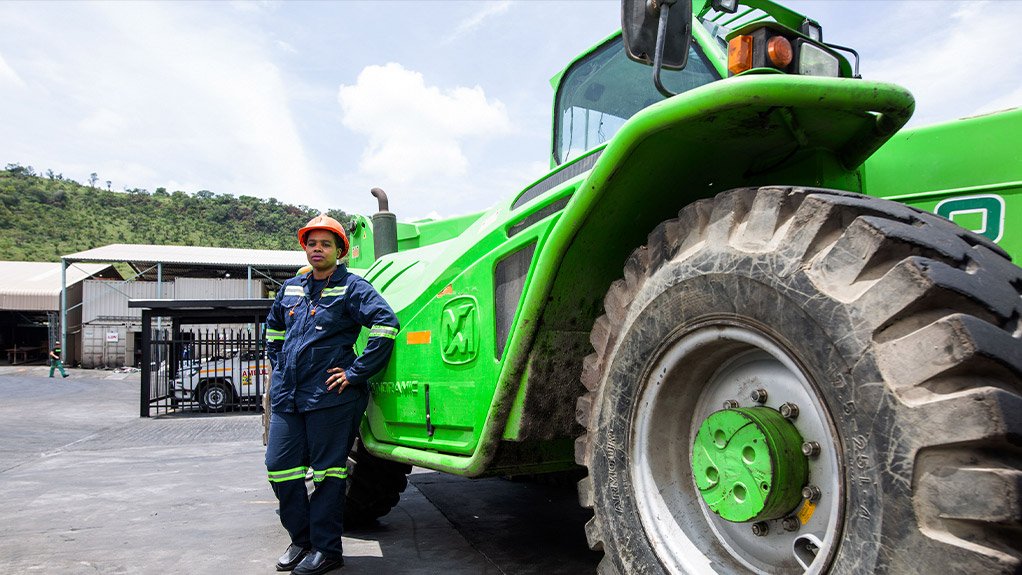 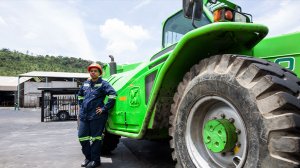 The number of women working in the South African mining sector has increased significantly over the past 17 years, from 11 400 in 2002 to more than 53 100 to date.

This represents about 12% of the entire mining workforce of 464 667, according to a report by industry employers’ organisation, Minerals Council South Africa.

Despite this increase, there is still a mandate to increase the number of women in the sector and, more so, to improve their working conditions, says safety solutions provider BBF Safety Group’s senior brand manager Vanessa Ronald, commenting on behalf of the company’s women’s safety wear brand, Sisi.

Describing it as “exciting times” for women in the sector, she tells Mining Weekly that mining stands out as an industry that is taking the inclusion of women in the sector seriously, following commitments made in the past ten years.

“This year I have attended three women in mining conferences. This is encouraging because we are starting to see people who have expertise in an array of fields having conversations on issues that affect women in mining.”

A factor which is often overlooked is the personal protective equipment (PPE) women are provided with, when working in industry. More often than not, women are still issued with PPE that is based on the contours of a man’s body and not that of a woman, resulting in ill-fitting garments that cause discomfort to the wearer.

The lack of comfort significantly affects women’s productivity levels negatively. Inadequate or poorly designed PPE that does not cater to a woman’s physiological makeup prevents them from competing with their male counterparts on equal footing, resulting in less success in the workplace.

As such, the mining industry, a traditionally male-dominated space, still remains a tough environment for women.

Ronald believes that this can be one of the factors that continues to hinder women’s entry into the industry or adversely affects the long-term retention of women who have entered the industry.

“Our argument is that we should not just place women in the mining sector to make up the numbers. We want to ensure that the women who enter into the mining sector have the best chance possible at actually succeeding, and that is bringing into question many things, including the type of apparel they are issued with.”

Ronald notes that demands on twenty-first-century women are arguably higher than in previous eras – while they are still expected to play a significant role in the running of the household, they are also participants in the country’s economy as financial contributors to their homes – which places them under further strain.

In engaging with women who work in several industries, including mining, Sisi has found that they often wake up between 04:00 and 05:00 to allow enough time to prepare their families and themselves for the day ahead. Many of them also have the added consideration of public transport as a means of getting to work which can add additional stress if the transport is running late or full.

“Upon arriving at work, they must get into ill-fitting garments, designed to suit the male anatomy and do labour-intensive work. This is a continuous cycle every day and they are expected to perform on the same level as men,” says Ronald.

PPE specifically designed to cater for the shape of a woman’s body, so that they are comfortable in the workplace, can go a long way towards improving their psychological relationship with their company and improve their productivity, she adds.

“The conversation is not around whether women should have different types of garments than men from a fashion, fabric or feature point of view, but rather that women require different shaped garments to men to accommodate for the differences between the anatomy of a man and a woman.

“The discomfort experienced by working women in working men’s clothing is not something that would be noticed by a male procurement officer or a woman who has never had to wear men’s garments in physically challenging environments.”

Therefore, Sisi’s call for equality in mining and society in general is largely about creating awareness that will lead to much-needed solutions.

PPE not suitable for women

Many companies still procure male and/or unisex safety wear, owing to a lack of understanding that such safety wear needs to accommodate the difference in anatomy between women and men.

“Comfort can have a profound effect on productivity, which means that ill-fitting PPE could seriously impact a wearer’s quality of work,” she comments.

Ronald says ill-fitting safety footwear and workwear leads to several issues such as discomfort and pain; lowered productivity; absenteeism, owing to health-related problems, such as urinary tract infections; and even a psychological barrier to the work environment, which causes further challenges for women in mining.

To address this, a range of safety wear has been designed through extensive research and consultation with women in the industry, including a “ground-breaking” boiler suit for women mineworkers, she adds.

The suit includes innovative features such as the V-flap at the back to improve the ease with which women use ablution facilities and the inclusion of navy fabric between the hip and thigh area to save women the embarrassment in the event of a sanitary-related accident.

Further, the design accommodates for a woman’s anatomy, with a narrower back area, wider front area and shorter crotch-to-waist ratio.

“Also, women naturally have wider hips and a more pronounced posterior, which is accommodated in the design, allowing for the elasticated waistband to rest where a women’s waist line typically is and not where a male’s waist line would be.”

She adds that, for surface mineworkers, women’s conti suit jackets are tailored at the back, but broader at the front, allowing for more freedom of movement, particularly when moving their arms.

“Tight-fitting clothes not only limit movement but also impair their ability to perform.”

Ronald emphasises that specialised garments for women is not about finishes or aesthetics, but just a different cut to take their anatomy into account and ensure that they are comfortable to perform their job productively.

Mining company Impala Platinum has bought some of Sisi’s safety wear, and five major mines in Mpumalanga and Limpopo are trialing the company’s garments, which is “hugely positive”, Ronald concludes.