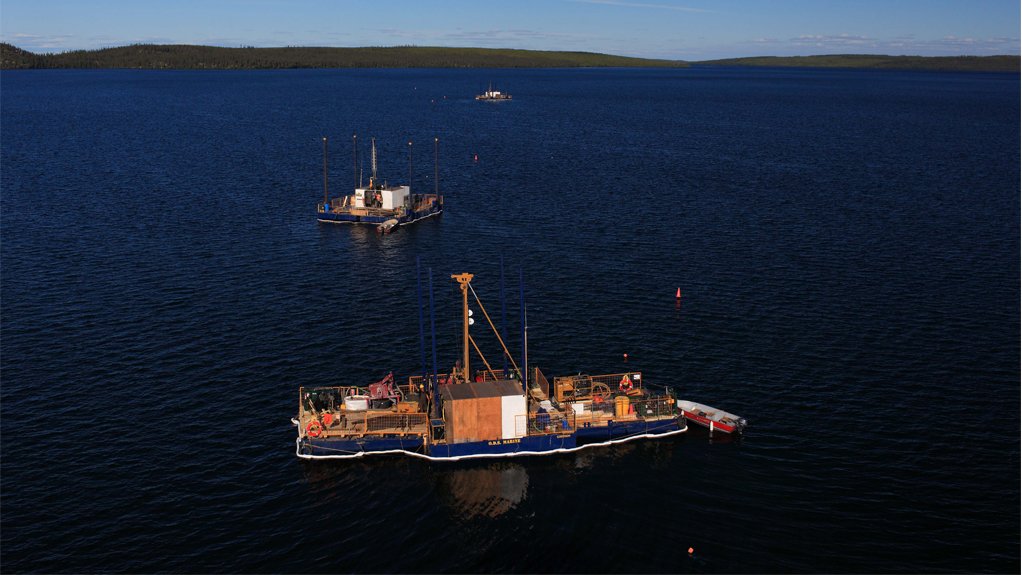 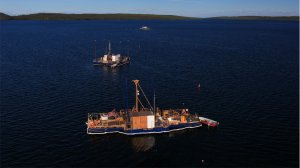 According to Sterck, the incentive price for new uranium projects to start has, for the last decade, been around the $60/lb to $70/lb level, including a minimum 14% return on capital deployed. However, significant weakness in producer currencies had resulted in that incentive price falling closer to $50/lb or lower.

“We will probably enter a supply shortfall towards the end of the decade, with the price probably starting to move around 2018/19. The problem is that significant oversupply over the last five years has created levels of excess inventories, which, together with the selective pricing for utilities, make price predictions more difficult,” he said, adding that BMO expected the uranium price to appreciate over the next three years to about $60/lb.

PREDICTING THE TIPPING POINT
While analysts were bullish on uranium, with a 15% supply gap emerging that could signal a prolonged upturn in the uranium price through to 2024, Canadian explorer Fission Uranium’s chairperson and CEO Dev Randhawa blamed changing utility buying trends for keeping uranium prices bobbing in the low $30/lb range over the last several months.

“The biggest problem we have in the uranium industry is that utilities are simply not buying any uranium on long-term contracts like they used to. While contract sales were down one-third last year, so far this year it’s down one-fifth,” he told Mining Weekly Online, lamenting utilities' oversight of the need for entering into long-term contracts when they could get better prices on the spot market.

“There normally would be cover if you’re buying now for 2020/21, but they’re not. They’re simply saying ‘the uranium price is low, it’s not going anywhere, so we’re going to keep buying on the short-term market’,” he said.

Randhawa warned that he saw the same sequence of events happening as in 2003, when the price was low and utilities failed to secure long-term supplies, just before the price jumped to $140/lb.

“It’s the same kind of mentality among utilities. They act in herds, not individually, which bodes well for the price.”

“The amount of spot sales will increase. Where utilities usually bought four to seven years in advance, they are now down to two and three years now. Utilities are going to make the same mistake as in the early 2000s, when they thought stocks were just going to continue to sit around,” said Randhawa.

According to him, it would only take a single event similar to the Fukushima disaster to send the market into deficit and push prices up. Another catalyst would be if Cameco’s Cigar Lake mine flooded, or geopolitical and environmental tensions continued in Kazakhstan, which produced about 25% of global uranium output.

Though there were about 439 nuclear reactors operable in the world today, the World Nuclear Association noted that electricity demand was expected to rise by 76% by 2030, which would require the construction of about 330 additional nuclear reactors.

In China, construction of about 40 new nuclear reactors would be started this year alone as the country pushed to a cleaner economy reliant on 15% to 20% renewables and nuclear power respectively by 2020. The number of reactors in the country alone was expected to rise to about 200 by 2030.

“Everything points to a bright future for uranium, but we don’t know if it will take three months or three years for the market to turn,” he said.

In recent years, Fission had reignited interest in the PLS camp, after it discovered the world-class Triple R deposit on its PLS property – the largest and highest-grade undeveloped uranium deposit in Canada’s Athabasca Basin district.

“It’s a West Side Story. The west side was really underexplored and thankfully we had the technology to allow us to explore large swathes of land by plane, rather than hand prospecting. We found the boulders which had resulted in our discovery, after which NexGen, Purepoint made their discoveries. It started with somebody believing in the west side,” said Randhawa.

He agreed that the uranium exploration focus was slowly turning towards the west side. “One expects that when Cameco moves into an area, it does so carefully. The west side definitely has its own life now. I don’t think that was the case three years ago. People thought that all the deposits on the west were done and gone. We really broke convention by looking for uranium outside of the Athabasca basin,” he explained.

EXPLORATION SUCCESS
While Fission had completed a preliminary economic assessment on the Triple R deposit, which outlined an operation with potentially the lowest cost of all, it still did not view the PLS project as a development project, but continued to delineate more deposits along trend with the main orebodies and at other showings around the property.

Fission still had numerous conductors on its largely unexplored properties that remained to be tested – all with the potential to host larger deposits of shallow, high-grade uranium mineralisation.

Randhawa explained that every uranium deposit came with graphitic conductors, akin to ‘runways’. However, while every runway was conductive, not every one held uranium. The footprint of the Triple R resource had by now nearly doubled in size to that of Cigar Lake.

With the Chinese having recently made an $80-million investment in the company, the project had been derisked, stressed Randhawa. “We don’t have to look for money for at least three years.”

Following its latest round of exploration drilling, Fission had managed to substantially expand the R840W deposit – a high-grade zone discovered last month at the westernmost end of the 2.53 km mineralised trend – and it represented further high-grade growth of the R1620E zone towards the eastern end of the trend, a trend that was one of the longest lateral footprints in the Athabasca Basin region.

“This really is exceptional progress and our team is excited by the potential of both zones as we continue to move PLS forward,” stated Randhawa.