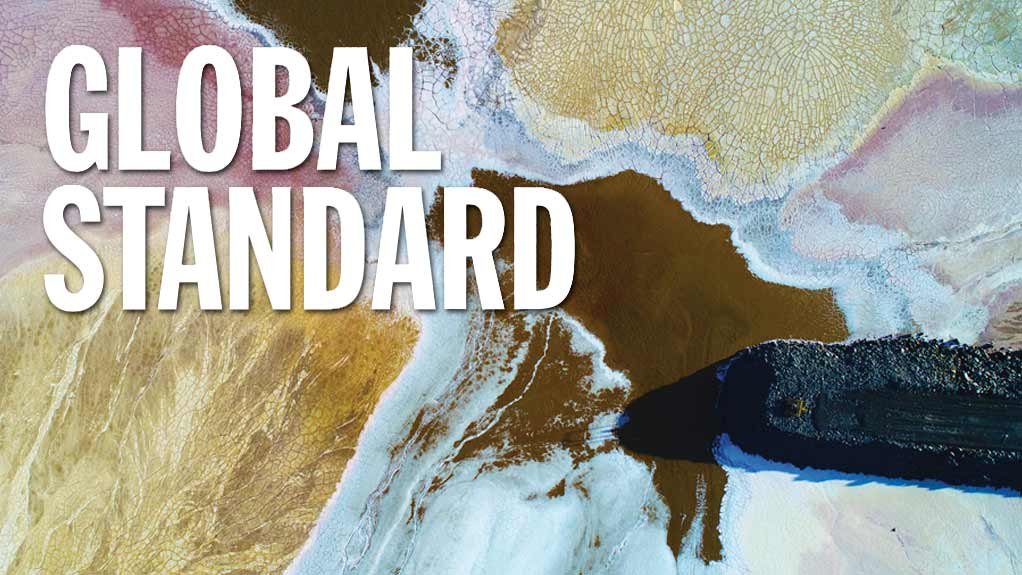 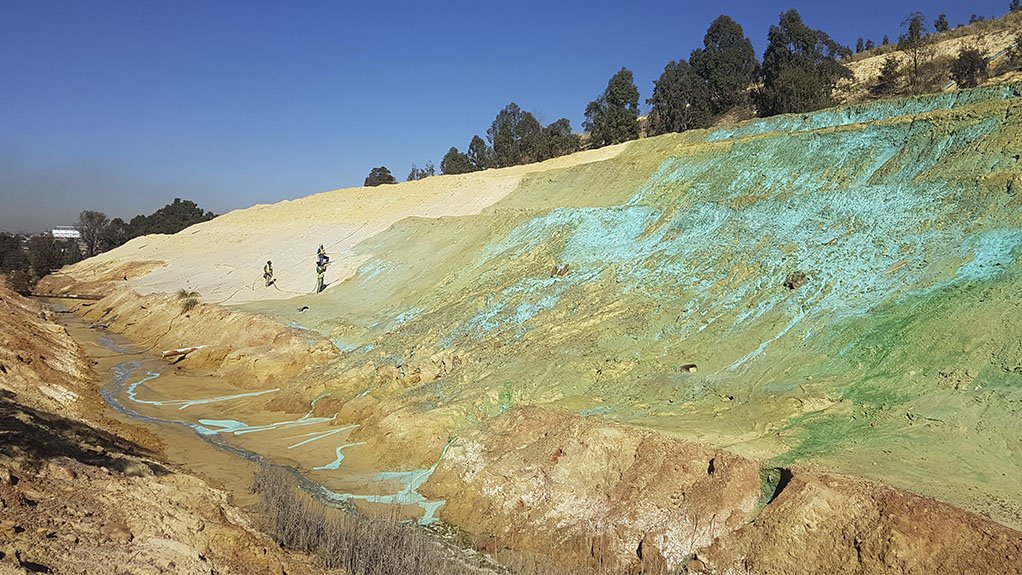 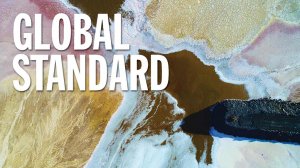 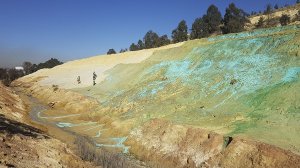 NOT OPTIONAL Many miners have proven they can police themselves to prevent disaster, but there should not be an option for others in the industry to choose not to

Stakeholders agree that it is a pity there had to be horrific tragedies before due attention was paid to dangerous tailings storage facility (TSF) practices.

Since the launch of the Global Industry Standard on Tailings Management in August 2020, investors and industry organisations have been working to ensure that the implementation of the standard is applied, and adhered to, by the global mining industry.

The standard covers six key topics: affected communities; an integrated knowledge base; the design, construction, operation and monitoring of tailings facilities; management and governance; emergency response and long-term recovery; and public disclosure and access to information. Fifteen principles and 77 auditable requirements address these topics, and it falls on operators to adhere to these.

The publication of the standard followed after a global tailings review was jointly convened by the United Nations Environment Programme (UNEP), the Principles for Responsible Investment, and the International Council on Mining and Metals (ICMM).

The review was in response to the catastrophic failure of a tailings facility at the Córrego do Feijão mine, in Brumadinho, Brazil, in January 2019.

During a session of this year’s Prospectors & Development Association of Canada (PDAC) in March, speakers involved in the development of the standard discussed the practicalities of implementation that would support the safe and responsible management of tailings across the global mining industry and, ultimately, prevent catastrophic events and human fatalities.

ICMM COO Aidan Davy said during the PDAC session that this was the first global tailings standard that could be applied to both existing and future facilities, and it would continue to evolve along with climate change requirements and technological advances.

He added that the jointly convened multistakeholder engagement process used to draft the standard was credible, and this aided its worldwide adoption.

Since the launch of the standard last year, the ICMM has been focusing on initiating two supplementary pieces of work.

For one, the Tailings Management Good Practice Guide is consistent with the standard and provides guidance on good design and engineering practices for operators beyond the scope of the standard.

The ICMM has also been developing conformance protocols for the standard, which will support the integration of the standard into the ICMM’s existing validation processes related to membership commitments, including those pertaining to self-assessments and third-party assessments.

As a key investor in the mining sector, Church of England Pensions Board director Adam Matthews stated during the PDAC event, that the tailings dam safety issue had been “a massive wake-up call” for the investment community. The issue called for partnerships with organisations, experts and companies to ensure best practice to avoid future disasters, he added.

Matthews noted that extractive industries were important for investors, as were its inherent risks, such as those pertaining to tailings management. With the world transitioning to a low-carbon economy, industries and society could not afford events such as dam collapses to undermine progress, he added.

He explained that the standard had helped provide investors with the necessary assurance that tailings management standards could no longer vary from country to country.

Further, the Church of England Pensions Board is working alongside the Swedish Council of Ethics and the UNEP to establish an independent international institute by the end of 2021 to help monitor the application of the standard.

“Companies that do not implement the standard will be at odds with their shareholders soon enough, including insurers and banks,” Matthews said.

UN environment economy division head of consumption and production Elisa Tonda weighed in on the tailings topic during the PDAC event, stating that the call for global standards on tailings management had been “a long time coming”.

She believed that, beyond the creation and implementation of these standards, mining companies needed to consider recycling resources back into the economy through mine-waste management.

“We need to start reducing the size of tailings dams that we need and, if possible, to avoid the need for them entirely in the future.”

Mining Association of Canada (MAC) science and environmental VP Charles Dumaresq said during the PDAC that the global standard’s existence and strong backing by investors was almost more important than the standard’s actual details.

“It sends a strong message of its importance to the mining industry, which executives can no longer ignore. For tailings management to be championed, every mine site has to comply with high standards.”

The Towards Sustainable Mining (TSM) standard, first developed by MAC in 2004, was updated last month to meet or exceed most of the global tailings standards’ requirements.

MAC president and CEO Pierre Gratton said in a statement, released last month, that the publication of the Global Industry Standard on Tailings Management last year provided an opportunity for the association to review and strengthen its TSM requirements to such a degree that it is often more detailed and rigorous than the global standard, making it a surer guarantee of the safe management of TSFs.

For example, the global standard manual has three high-level requirements pertaining to the development and implementation of an operation, as well as the maintenance and surveillance of tailings facilities, whereas TSM identifies more than 120 items that must be addressed to be in conformance with the TSM requirement to develop and implement such a manual.

The TSM standard also takes a more comprehensive approach to identifying and addressing human and community rights and benefits.

Gratton explained that the TSM standard was the first mining sustainability standard in the world to require site-level assessments and compliance was mandatory for all companies that are members of implementing associations.

“TSM does not fully address elements of the global standard related to the planning, design and initial construction of new tailings facilities, however. In addition to guidance in [another publication] called the MAC Tailings Guide, MAC members also rely upon the internationally recognised and respected Canadian Dam Association safety guidelines and tailings dam bulletins.”

Independent research organisation the Responsible Mining Foundation (RMF), in its Responsible Mining Index for 2020, indicates that the vast majority of large-scale mining companies are still unable to demonstrate that they review and report on how effectively they manage risks related to TSFs.

The RMF states in the index that it will support more ambitious aims for the standard only as it evolves. Some of these aims include raising accountability and responsibility to the CEO or the board level and protecting World Heritage Sites and other recognised protected areas.

The foundation will also support the protection of riverine, lake and other marine environments, as well as the specification that TSFs be located away from community and worker facilities, and not in areas with moderate or high seismic risk.

The RMF states that the more ambitious aims will require more public disclosure of the effectiveness of measures taken to limit risk and revising the consequence classification matrix to classify as ‘extreme’ any failure that would result in any loss of life, instead of the current threshold of more than 100 human fatalities.

The foundation also believes that the Global Industry Standard on Tailings Management applied mostly to new TSFs, with less attention being paid to existing and abandoned ones. This is despite about one-third of the current global portfolio of TSFs being impaired and in need of urgent intervention and between 25% and 30% having been abandoned.

Considering that it has been two years since the tailings dam burst in Brumadinho, Brazil, the mining industry has shown its willingness to take the issue of global tailings risks seriously, the RMF notes.

“But the challenges remain great, if one considers the vast numbers of abandoned sites, the profit motive driving corporate decision-making, and the way regulators have allowed companies to walk away from their responsibilities and externalise costs to society and future generations,” the foundation points out in the index.

The proposed establishment of an independent global tailings institute is, therefore, an opportunity to promote a more ambitious Global Industry Standard on Tailings Management, rebuild trust in the industry, and use its independent status to foster inclusive international collaboration, the RMF adds.

“Only an independent, international regulatory organisation can ensure such monitoring and enforcement.”

The network points out that many mining companies have proven that they can police themselves to prevent disaster, but there should not be an option for others in the mining industry to choose not to.