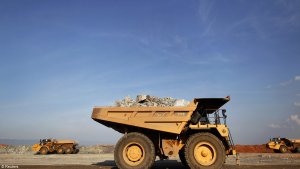 Gold miner Iamgold on Tuesday announced a construction decision for the $1.3-billion Côté gold project, in Ontario, Canada, creating more than 1 000 jobs during its construction.

The project, near Gogama, south-west of Timmins, is a 70:30 joint venture with Sumitomo Metal Mining.

The decision enables construction to start in the third quarter, with activities ramping up into the fourth quarter. The current timeline is to enter into commercial production in the second half of 2023.

"The Côté gold project is transformational to the future of Iamgold. At a gold price of $1 700, Côté’s expected net present value is over $2-billion, with a 22.4% internal rate of return,” president and CEO Gordon Stothart said in a statement.

Iamgold’s expected go-forward capital obligation, exclusive of sunk costs, is $875-million to $925-million for its 70% share of project construction costs, assuming the leasing of major mining equipment of about $80-million.

The company would finance its spend through cash flows and its balance sheet, which stood at more than $800-million in cash, cash equivalents and short-term investments.

In addition, the miner currently had a virtually undrawn committed credit facility of $500-million, the majority of which matures in 2024.

While we focus on building Côté, we will continue to apply our de-risking approach to the Boto Gold Project in Senegal, commencing with meaningful investment in local infrastructure. We are very excited about building our growth pipeline and the future of the company. We look forward to providing you with updates on our progress."