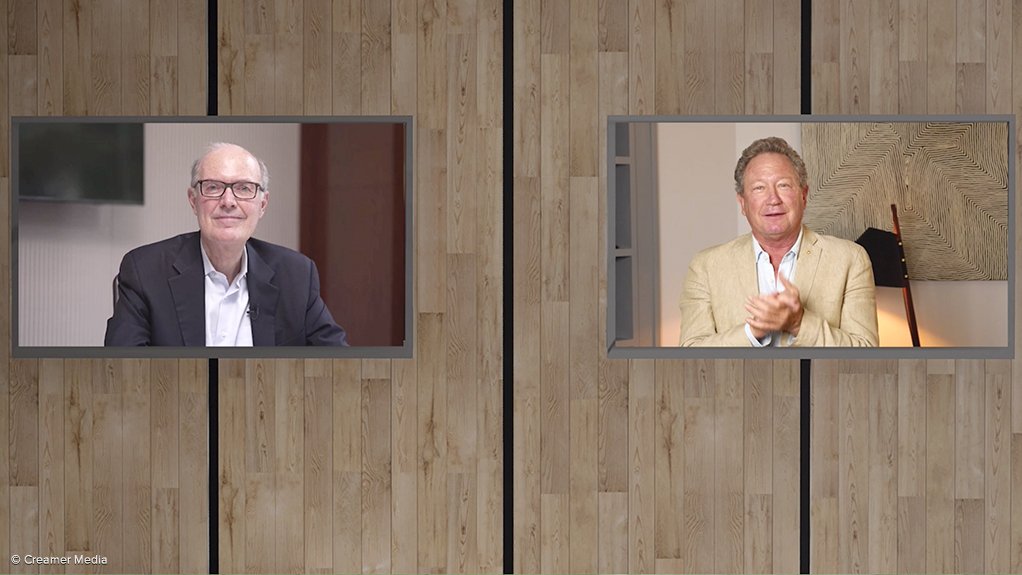 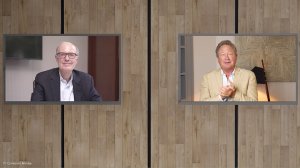 JOHANNESBURG (miningweekly.com) – The hydrogen fuel cell has an inexhaustible future as a means of maintaining the planet’s high standard of living, said Fortescue Metals Group chairperson Andrew Forrest during a global online symposium this week.

“Our little planet’s cooking, the world’s impatient and there’s any amount of capital, provided your projects are great,” said Forrest, who was in discussion with Plug Power CEO Andy Marsh.

Forrest described Fortescue Metals Group as a heavy carbon-emitting, heavy manufacturing and heavy industry company  – “like the thousands of others out there which cause global warming. But that’s our opportunity – to make our company green and then to take on the fossil-fuel sector, which is even bigger and uglier and hairier than the big iron-ore and major miners of the world, which we took on 15 years ago.

“But we know how to do this. We’re going to produce green hydrogen, green ammonia, green electricity in proportion to them but, of course, ours won’t be polluting the planet,” said Forrest during the symposium covered by Mining Weekly.

Marsh questioned Forrest about why he thought green hydrogen and green ammonia were great solutions for the mining industry when many regarded them as pipedreams.

“You use green ammonia when you want slow revolutions, like the huge ships which go all over the world. They run between 60 and 100 revolutions per minute. Really slow, perfect for zero-pollution ammonia. The whole shipping world has to switch to it.

“Then, of course, with hydrogen, that’s what we can run our trucks on, our vehicles on. I said it’s a miracle molecule and wherever you’ve got mobility, or wherever you need to transform hydrogen to something else, like into ammonia and into fertilisers, into iron, into steel, you just can’t get a better molecule.

“But it’s got to be green. You’ve got real hydrogen and then you’ve got the fake hydrogen for environmental purposes. Fake is when you’ve got carbon in the supply chain. Real is when there’s no carbon in the supply chain, and that’s renewable electricity,” he said, pointing out that solar, wind, geothermal, hydro “and all sorts of other free renewable energy all over the world” are available as clean energy sources to ensure that the hydrogen involved is green hydrogen,” said Forrest.

Platinum group metals- (PGMs-) catalysed hydrogen fuel cells are electrochemical devices that convert the energy of a chemical reaction directly into electricity, with heat and water as by-products. Platinum and ruthenium PGMs, which are hosted overwhelmingly in South Africa, play large roles. Unlike batteries, fuel cells never "run out", says the International Platinum Group Metals Association on its website.

On his intentions to ship green ammonia around the world, Forrest said in response to Marsh that putting green ammonia into coal-fired power stations can right now halve emissions overnight using the most basic technology.

He said South Korean vehicle manufacturer Hyundai , which wants “green hydrogen for everyone, everywhere, for everything”, would make green hydrogen fuel cells available to all cars by 2027.

“We think that green ammonia and green hydrogen have a huge future,” said Forrest.

The advantages of PEM technology include a compact footprint, the ability to operate intermittently, adapting to a customer’s energy profile, sharing the lowest cost of hydrogen for customers, not requiring a hazardous electrolyte and simplifying service and maintenance.

“The PEM stack is the differentiating technology,” said Hoefelmann.

Since the early 2000s, nuclear submarines have relied on Plug Power technology to produce hydrogen for fuel and oxygen to ensure a liveable environment for those on board.

The company uses its own electrolyser technology to build up 100 t a green hydrogen a day.

By the end of 2022, it expects to have designed and built the world’s largest green hydrogen facilities.

“We believe the world needs green hydrogen solutions and needs them quickly and we're continuing to build our competencies around the world, both organically and through partnerships and acquisitions,” said Hoefelmann.

Customers have the option of producing green hydrogen on site or having it delivered.

Large-scale electrolyser plants at a cost of about $500 000/MW are expected to be delivered within the next 12 months. Further cost improvements are targeted to be delivered to the market by 2025, achieving a step change by increasing current density by 60%.

“Increasing the current density will lead to higher hydrogen production with the same size stack we offer today,” he said.

In the mobility segment, the company’s electrolysers are connected to hydrogen refuelling stations for forklifts, cars and trucks.

The company expects to have an installed  electrolyser base over 3 000 MW,  generating more than 1 000 t of green hydrogen a day.

“Our ambition is using our technology to make green hydrogen cost competitive. We are making green hydrogen the molecule of choice,” said Hoefelmann.

The factory depicted on video during the symposium turns out membrane electrode assemblies or MEAs equating to more than 2 GW of electrolysis a month.

Although often questioned on the scarcity of iridium for the electrolysers, the company made it clear that the availability of the PGM is not a cause of concern. Mining Weekly can report that the amount of iridium required to electrolyse green hydrogen has been drastically reduced. As a result of the development of a new electrocatalyst, only a fraction of the iridium previously required by PEM electrolysers is now needed.