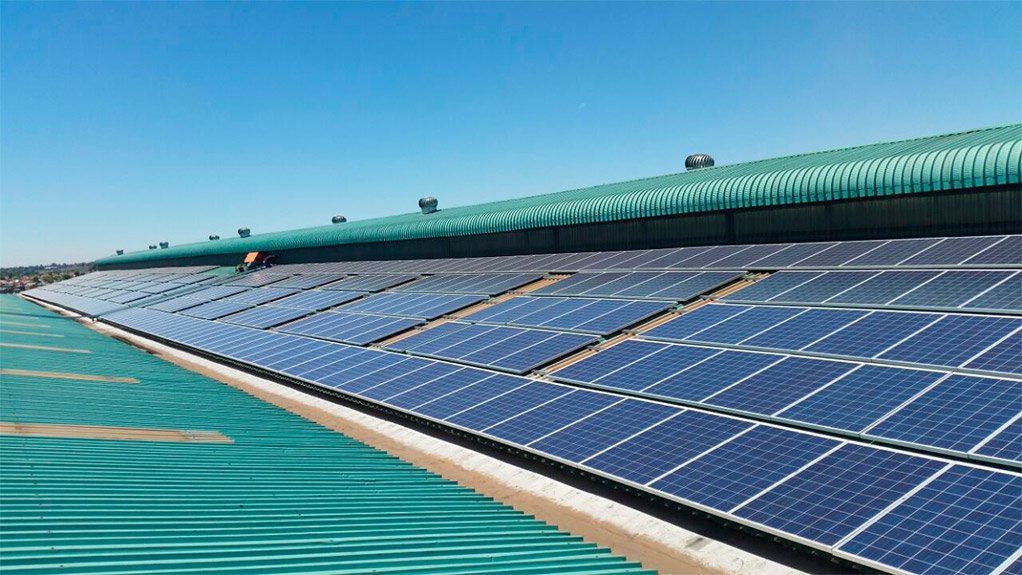 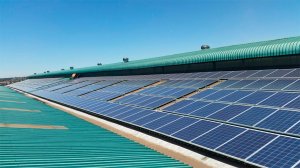 The hybrid solution from Green Habitat is a solar photovoltaic (PV) and diesel-generator system suitable for Africa, owing to the continent having long, hot and sunny days, with minimal cloud cover.

Marketing for the hybrid solution is specifically aimed at mining clients requiring reliable, low-cost electricity that they can easily scale up or down.

Perold states that easy-to-install solar PV solutions are much more robust than other renewable-energy solutions, such as hydro-electric power plants or wind turbines, and are, therefore, “designed for the African continent”.

Further, solar PV is ideal for mining, as such operations often include vast tracts of land that are not always used and where extensive solar farms can be installed.

Green Habitat can design and install any size solar PV plant and has existing industrial installations of several megawatts throughout South Africa. “The only limitations are land space or rooftop space upon which to install solar PV panels,” Perold notes.

The solar PV component is the primary source of electricity during the day, with the diesel generators being the secondary source to supplement power demand.

However, at night or during periods of low solar yield – when the solar PV system does not produce electricity or low levels thereof – the diesel generators are increasingly used as the primary source of electricity. Therefore, the generators are required to be of sufficient size and capacity to support a mine’s night-time operations.

The mining sector in Africa currently depends significantly on diesel generators for electricity supply as most mines are located in remote areas and lack the transmission infrastructure from local grids.

As such, using this hybrid system significantly reduces a mine’s diesel consumption during the day, when production peaks at most mines.

The system also enables diesel generators to operate lower loads, thereby reducing their maintenance requirements, as their engines operate at lower revolutions a minute and for fewer hours.

Further, because the solar PV system provides primary power during the day, diesel generators can be taken offline at this period for maintenance and repair. As such, the generator’s sustainability is ensured, increasing its uptime and reliability.

The most significant challenges to gaining access to electricity in Africa are the lack of infrastructure or undercapacity issues, as many local power utilities in Africa operate on strained power grids, with insufficient capacity to supply miners or other large consumers with electricity.

“Miners are tremendously large consumers of electricity, so many of them have their own generators, which are continuously operated,” Perold says.

The Fuel Saver solution reduces the load on generators and allows generators to be run at more fuel efficient levels.

In terms of capital costs, the return on investment for a solar PV-only installation is about ten years; however, this period is reduced to about five years when using the Fuel Saver model.

“The average solar PV panel has a life span of about 25 years,” he says, adding that solar PV solutions are long-term investments.

A tax benefit is applicable for clients using the Fuel Saver system in the form of an amendment to Section 12L of the recently promulgated Taxation Laws Amendment Act, which deals with the energy efficiency tax incentive.

The new 12L tax incentive enables energy consumers who have implemented energy savings strategies to claim back 95c/kWh as opposed to the previously incentivised 45c/kWh.

The tax incentive is available to any business, industry or mining entity that achieved measured and verified energy savings over a 12-month period. The allowance is deducted directly from the company or entity’s tax submission to the South African Revenue Service.

The South African National Energy Development Institute noted last month that the increased rate was deemed to have come into effect on March 1, 2015, and would apply to years of assessment starting on or after that date.