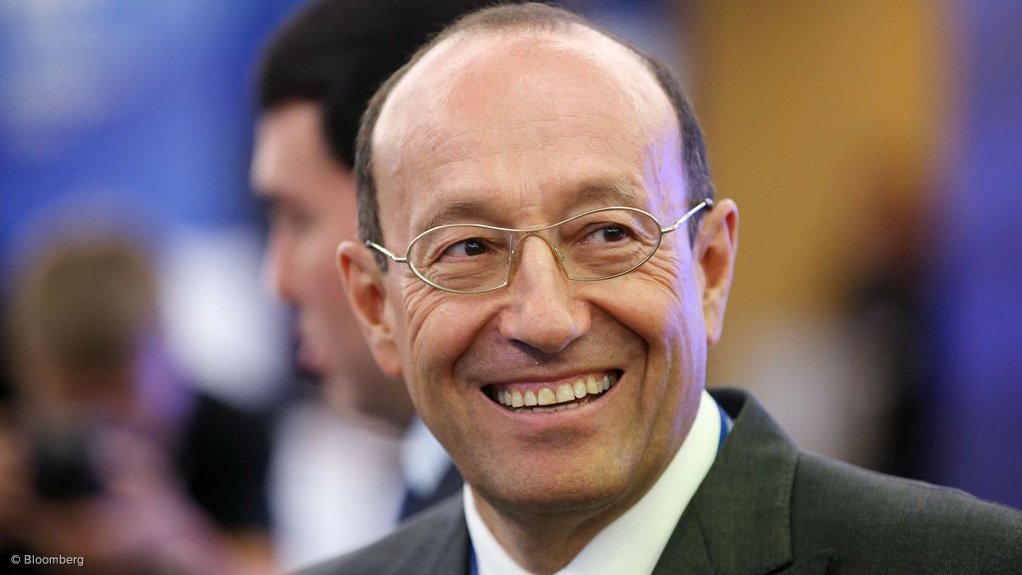 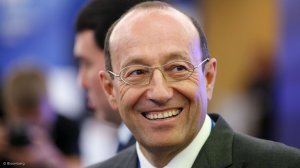 LONDON – It’s a faint echo of the defense being floated by targets of the Mueller probe in the US – an unaccountable circle of bureaucrats manipulating the system to their own ends.

But in London, it’s the last ditch effort by a trio of Kazakh oligarchs to derail the UK’s biggest bribery investigation.

The mining tycoons behind Eurasian Natural Resources, the former FTSE 100 company suspected of paying bribes to buy mines in Kazakhstan and Africa, say their own lawyer conspired with Britain’s top cop to incriminate them so he could fleece them for millions of pounds.

Even if they can’t convince a court of this hypothesis, the case will undoubtedly frustrate attempts to bring criminal charges against them and drag out proceedings for months, if not years.

“It’ll complicate the decision about what evidence is usable,” said Michael Levi, a criminal law professor at Cardiff University. “That might be the benefit of muddying the water. Anyone can do this if they have enough money. You need to have enough money, is the key.”

Since the UK’s Serious Fraud Office started investigating ENRC in 2013, Alexander Machkevitch, Alijan Ibragimov, and Patokh Chodiev—often dubbed the Trio—have gone to great lengths to unwind ties to the City of London. Within months, the oligarchs from the former Soviet Union had delisted ENRC’s stock after suggestions of widespread corruption sent it crashing out of the FTSE 100.

“Ultimately, it should lead to the closure of the case. It’s really scandalous”

The Trio blame Neil Gerrard, a white collar London crime lawyer for Dechert LLP, for arousing the SFO’s suspicions. They’d hired him to conduct a private investigation into allegations made by a whistleblower and, according to court documents last month, say he blew it out of proportion, even plotting with the SFO to leak details to The Times newspaper so the watchdog would have an excuse to start its probe. Gerrard denies this ever happened.

“If you have senior figures at the SFO colluding with our own lawyers, this is a fundamental issue which goes to the heart of the legitimacy of the investigation,” ENRC’s general counsel Dmitry Egorov said in an interview in London. “Ultimately, it should lead to the closure of the case. It’s really scandalous.”

The charges are reminiscent of attempts by Paul Manafort, Donald Trump’s former campaign chairman, to undermine US Special Council Robert Mueller’s case against him by pointing to media leaks his lawyers say have prejudiced his chances at a fair trial.

In its lawsuit, ENRC says Gerrard frequently flaunted his relationship with the SFO, which was considering him for its top job in 2011. The fraud investigator declined to comment on the lawsuit or status of its probe.

The miner’s lawyers are demanding the SFO disclose notebooks, emails, calendar entries and phone records. If they prove there was collusion, it could hypothetically pave the way for a judicial review to stop the watchdog’s probe on technical grounds.

While it seems like a stretch, it’s not entirely unprecedented. British-Iranian property tycoons Robert and Vincent Tchenguiz won compensation and an apology from the SFO in 2012, after the body admitted it didn’t have a valid warrant when it raided the fraud suspects’ Mayfair residence. ENRC’s lawyers refer to the Tchenguiz case in their argument.

In another probe, oil-services company Unaoil Monaco SAM had proceedings delayed by challenging the legal basis for an SFO raid on its premises. A judge dismissed the claim last year.

In a defense claim revealed last month, Gerrard and Dechert insist they didn’t betray their client. They say the SFO had plenty of ammunition without them, including 13 suspicious activity reports detailing possible corruption and sanctions breaches involving ENRC. The US Justice Department was investigating an ENRC deal, too.

According to its claim, the law firm’s own digging uncovered “serious criminality” related to copper mines purchased in the Democratic Republic of Congo and Zambia. The court papers say ENRC paid Dan Gertler, a friend of Congo’s president, $40-million in cash, which a US case later connected to corruption. Dechert also says it has proof the Trio pocketed $300 million from the sale of a Zambian copper mine to ENRC for more than it was worth. ENRC refute these allegations.

When Gerrard tried to convince ENRC managers, including former CEO Felix Vulis, to cooperate with the SFO, court papers say they lied, destroyed and hid evidence, and intimidated cooperators. “ENRC’s real complaint is that the defendants were too successful uncovering wrongdoing,” they said.

Proof of fraud isn’t necessarily relevant to the ENRC claim. It says Gerrard was hired in good faith in 2010 to independently investigate an anonymous tip that one of its businesses based in Kazakhstan had misused corporate property and given a local police chief’s son a $38 000 scholarship. But it wasn’t long before Gerrard was alleged to have put undue pressure on ENRC executives to expand his probe to Africa, “ballooning of the investigations beyond all proportion.”

According to his accusers, Gerrard became aggressive, pushing ENRC to take his findings to the SFO even though it wasn’t in their best interest. He then plotted with the SFO covertly to leak information that the watchdog could use to initiate its probe. ENRC claims it has a witness statement from the man who delivered a package to The Times on Gerrard’s behalf.

At about the time of the newspaper leak, Gerrard, they allege, told two security consultants over coffee at a brasserie on London’s Sloane Square he wanted to “screw” his Kazakh mining clients for millions of pounds. He denies uttering those words.

By the time the Trio fired Dechert in the spring of 2013, ENRC had paid £16-million in legal fees—a sum ENRC is now suing to recover. It says Gerrard demonstrated “reckless disregard for his duties in order to grossly inflate the bills which Dechert charged ENRC.”

The Trio may well buy time with this case, but that doesn’t mean the SFO will walk away from more than five years of work, according to Polly Sprenger, a London-based lawyer with Katten Muchin Rosenman. Just last week UK prosecutors issued a warrant for the arrest of ENRC CEO Benedikt Sobotka after he failed to appear for questioning.

“I would be troubled by the suggestion that the SFO would be intimidated by any attempt to shame it into backing off an investigation,” said Sprenger, a former SFO investigator. The watchdog “is aware of these things and is sufficiently protected against this.”