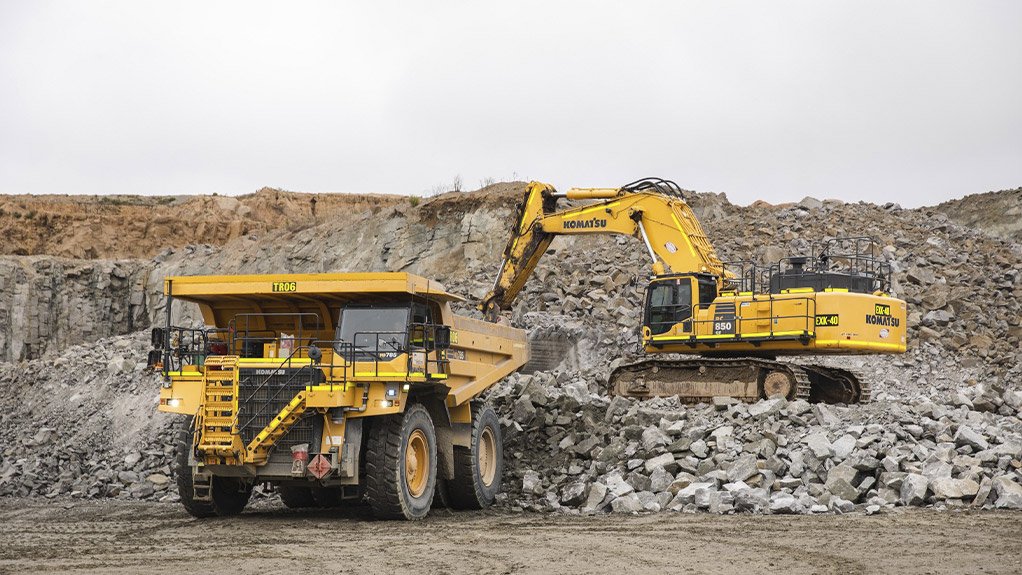 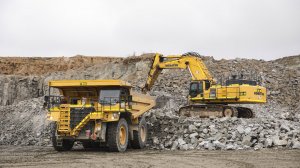 As a global leader in sustainable and innovative building and construction solutions, Holcim is committed to driving its operations towards net zero. Over the past two years the company has been implementing a ground-breaking fleet management system set to play a key role in achieving its aims.

As a result of implementing the Komatsu iSite solution at Lynwood, Holcim has seen major improvements in production efficiencies.

Dave Manning, Lynwood’s Pit Manager, who played a key role in implementing the system, described what has been achieved using Komatsu iSite at Lynwood as a career highlight.

“Working on this project, especially to get the benefits out of it that we have, has definitely been the highlight, seeing how it’s improved the site and benefitted the team,” he said.

The catalyst for seeking a solution like Komatsu iSite followed a review of the Lynwood operation by a team from Holcim’s head office in Europe.

“That highlighted some inefficiencies – which we were working through – but we weren’t getting there as quickly as we’d have liked to,” Manning said.

“We’d been using another system, but it wasn’t giving us what we wanted, so I sat down with Komatsu, told them what we needed to track, and how we’d like to get the data. They came back with a mining system that they were looking to pilot in the quarry industry.

“We jumped at the opportunity.”

The first stage of implementing Komatsu iSite at Lynwood involved fitting monitoring systems and in-cab screens to the face loading and haulage units.

This allowed site management to see where trucks were throughout the load, haul and dump cycles, and for operators to see critical information about volumes and tonnages they were loading and hauling.

“The initial data we got was just a screen pinpointing where the trucks were, and we could draw some information out of that just by recreating reports,” said Manning.

“From that, we started to identify what were the main things we needed to get out of this system.

“And that's where the creation of the dashboard comes into it,” he said. “Now I can log onto the dashboard and go into the utilisation, the production, the fuel burn and all those things that I wanted to know.

“I can log on and grab those things and look at any point in time.”

The global Holcim team’s review showed the biggest inefficiencies were in Lynwood’s load and haul operation.

“To get the best out of the plant, out of the load and haul team, we needed to do something different. And with Komatsu iSite, we’ve achieved what we wanted in a fairly short time,” said Manning.

“Our consent for load-and-haul out of the pit at Lynwood is only 15 hours, between seven o'clock in the morning to 10 o'clock at night.

“We need to get as much rock out of the pit up to either the boot, the entrance chute to the feeder before the material reaches the crusher,  or ROM to stockpile for the night, so we can feed the boot for 24 hours a day.

“Using Komatsu iSite, we were able to see where there were lagging factors,” he said.

“Now we’ve got data we can see where they are lagging, and what we need to do to fix them.

“The supervisors get emails every morning on how much production trucks are doing out of the pit; with this information and they can see where the bottlenecks are.

“They can analyse that extra data, to see if idle times are increasing or decreasing, or other trends.

“Then they'll get together with me, and we go through anything cropping up that's glaringly apparent, that we can deal with there and then.”

Before Komatsu iSite was implemented at Lynwood, a typical 15-hour shift would see 13,000 to 14,000 tonnes coming out of the pit.

“Since having Komatsu iSite here, we've seen some 18,000 tonne days out of the pit now, which has been fantastic. And that's where we're gunning for consistently,” Manning said.

“Being able to track and easily go and see what we're hauling out of the pit to the boot or ROM and make sure we're hitting those targets every day; that's the single biggest benefit.

“Within three months of installing the system, we were seeing benefits. Within six months we were achieving our truck loading KPIs. And within a year, the system had paid for itself,” he said.

One area where Komatsu iSite quickly paid off for Holcim has been its contribution to reduced fuel burn across the Lynwood operation.

This is a critical consideration for a company that is globally committed to sustainable operations and achieving net zero CO2 emissions as soon as possible.

One way to quickly reduce fuel burn is by eliminating unnecessary truck idling. Komatsu iSite has made a quick and effective difference here.

“When we were analysing the data coming off the trucks, one of the elements we could log was the idle time for the trucks waiting in and around the pit,” said Manning.

“Being able to track idle time and utilisation allows us to manage fuel burn in particular.

“In terms of machine utilisation, you're going to use the amount of fuel you use going up and down the haul road,” he said. “There's not much we can change to that, other than road conditions, gradients and the like, which we’d put in place already.

“But now using Komatsu iSite, we’ve been able to get the operators on board so, if the truck’s just going to sit there with the engine running, they will turn it off.

“The truck fleet’s idle times have seen a 6 percent improvement and similarly, wheel loaders have reduced from 14 percent to 7 percent.

“We do have a fairly large footprint here at Lynwood, which means we make a fairly substantial contribution to CO2 emissions.

“Now with Komatsu iSite we have been able to significantly reduce these emissions through running our operations far more efficiently, and by reducing idle times,” said Manning.

“I know in our discussions with Ampol, we’ve seen around a 10% reduction in our fuel burn for our trucks out of the pit.”

Bringing the operators along

Manning described the initial response from operators about having Komatsu iSite in their machines as being “somewhat sceptical”.

“There was a bit of Big Brother watching them, but we made it clear it's not about that.

“It's around getting the best out of the trucks, so we can help the crew work smarter, not harder,” he said.

“Once we started showing what we were getting out of it, the operators got on board. It became a bit of a competition between the day and afternoon shifts to see who could get the best production.

“The key to it was about being transparent with them,” said Manning.

“We’re now at the point where I had a guy on one of the new excavators who asked if it was getting Komatsu iSite. ‘It'd be good,’ he said. ‘We can see what I'm putting on the trucks and make sure they're not ripping me off’.

Komatsu iSite has also meant the days of walking around machines doing paper-based manual pre-start checks are over.

“Digital pre-start is built into it. When the operator gets in the machine, they'll log on and go through the normal pre-start for the truck, loader, digger, whatever it might be.

This ensures that critical items can be rectified urgently, while action items can be dealt with at the next service.

Since being introduced, a major benefit of Komatsu iSite at Lynwood has been to help drive a better safety culture.

In one instance, a supervisor doing their morning run had noticed evidence of a potential near-miss event, and asked Manning to play back the previous night’s video footage.

“I was able to rewind back and see evidence of a near-miss event. While we have a strong reporting culture, we can use this type of footage to reinforce the importance of reporting near-misses which gives us additional opportunities to learn and improve further,” he said.

“When we first implemented the system, we could see we were getting a number of speeding violations every day,” he said.

“Pretty soon the team realised this, because we started presenting them with anonymised reports, showing them where we were having the alerts.

“Within six weeks, we were down to a handful. And now we don't see any; at most it’s around two or three KPHs over, which is something we can manage.”

Manning said Holcim is now considering how it may roll out Komatsu iSite to its other Australian quarry operations.

He’s had discussions with Holcim management in other states, and the company’s procurement team has been talking with Komatsu about purchasing Komatsu iSite-enabled machines for other quarry sites.

“We have an operations improvement team here in Australia now and one of their aims is to try and get more visibility across our sites.

“So, instead of having to ring me directly, they will be able to tap into the Komatsu iSite system from wherever they are, so they can look at the metrics and where we're at – and then talk to me about some other improvements that they might identify that I may have missed.

An important reason why Holcim went with Komatsu iSite was because it was “brand agnostic”, so it can be used across all makes of equipment.

“Often at a quarry level, we don't really get the choice in what machines we buy; that's all handled by procurement. So, if we did have a Cat, or a Hitachi, or a Volvo machine, we could put Komatsu iSite on any of those machines.”

In the less than two years Komatsu iSite has been operational at Lynwood, Manning said the biggest benefit has been the production efficiency improvements it’s driven.

“However, I'm not going to discount the safety side as well,” he said. “To be able to reduce the speeding events by as much as we did, as quickly as we did, that's a major achievement in helping to prevent potential serious incidents.

“But to get the production efficiencies and payback as quickly as we have … well, we didn't think we'd get it that quick. To get a less than 12-month payback for the system, that has been fantastic,” he said.