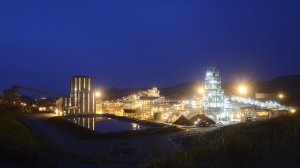 Platinum-group metals producer Northam Platinum has completed its hostel conversion programme, announcing the achievement in its 2017 half-year results, which were released last month.

Northam CE Paul Dunne said the company’s reinvigorated housing strategy is delivering pleasing results. “The hostel conversion programme is now complete and, in total, Zondereinde has built 433 houses in the . . . towns of Mogwase and Northam, along with a new industrial changehouse for our employees who don’t live at the hostel.”

The Zondereinde mine is located in Limpopo, near the provincial border with the North West. Mogwase and Northam are in the North West and Limpopo respectively.

Accommodation Strategy 2020 is Northam’s board-approved blueprint for providing “enduring accommodation solutions” and housing opportunities for all employees, in line with provisions in the Mineral and Petroleum Resources Development Act and the Mining Charter.

The strategy, developed and approved by Northam in 2015, promotes home ownership as the preferred sustainable tenure option while acknowledging that rental and residence units, as well as company accommodation, will also be required.

Further, in terms of the industry’s economic conditions, Northam notes that “implementation is based on a five-year roll-out programme . . . building programmes will be demand-driven within the constraints of the group’s financial position as well as [the availability of] serviced land”.

The strategy prescribes the continued refurbishment of existing residences at Zondereinde into single rooms, the upgrade of the visiting quarters and the improvement of social amenities around the residences.

It also calls for the provision of freehold home ownership for Northam employees and public participants, as well as rental units for employees, at both Zondereinde and Booysendal, both located in Mpumalanga.

Further, the report noted that Northam had provided 2 408 employees with a living-out allowance, while another 2 834 were housed in residences provided by the company.

Northam added that its home ownership schemes would be directed at both permanent staff and indirect employees. This is in preparation for an influx of workers within the next few years, since Booysendal operations are expected to ramp up towards the end of this decade.

The Mojuteng scheme was introduced by Northam in 2006 to promote home ownership among its Zondereinde employees. The scheme does this by ensuring that home ownership is affordable for employees, with the company offering a home loan, a debt consolidation facility and a structured housing subsidy for employees who wish to buy permanent accommodation.

The report noted that 30 employees benefited from this scheme in the previous financial year, with 11 units sold at Mojuteng, five at Mogwase and an additional 14 units bought on the open market. This increased the number of total units sold to 398 since inception.

The company started construction of home and rental units towards the start of the 2016 third quarter and plans to start new affordable housing projects during the current financial year.

Northam is proud that the successful conclusion of the company’s accommodation strategy – combined with its efforts to date – will ensure that the majority of the workforce will have access to decent accommodation opportunities by the close of 2020.