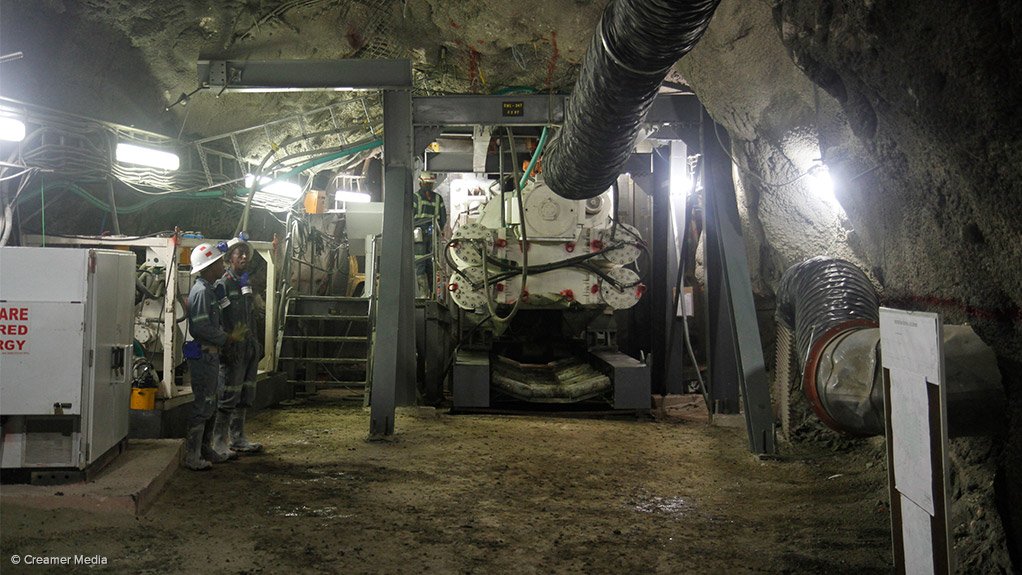 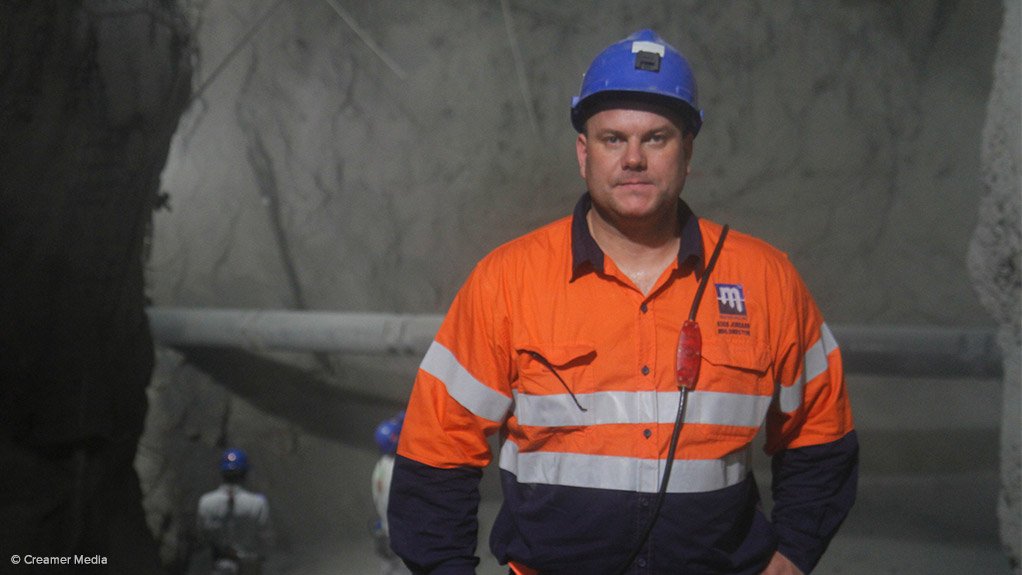 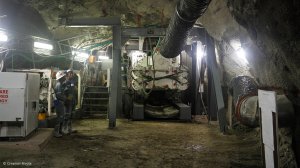 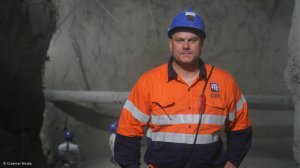 Photo by Duane Daws
HORIZONTAL RAISE BORING Horizontal raise boring is a developing technology with potentially faster production advances and is consistently more stable than traditional drill and blast
Photo by Duane Daws
KOOS JORDAAN Master Drilling aims to increase production to 6 m/d, while also optimising the concept in regards to mobility and productivity of the HRB method

Raiseboring and drilling services group Master Drilling is nearing completion of a 220 m hole with a diameter of 4.5 m in a horizontal raisebore (HRB) trial project at Southern Africa-focused miner Petra Diamonds’ Cullinan diamond mine, in Gauteng.

During a site visit to the mine earlier this month, Petra mining manager Steven Klopper highlighted that the HRB method of developing access points to the kimberlite orebody had recorded faster development rates than traditional drill-and-blast methods in meter-per-day production targets up to date.

He explained that horizontal boring was similar to the vertical process, as conventional raisebore drilling involved the sinking of a pilot hole from the surface to an underground tunnel. Klopper pointed out that a large rotating drilling head or reamer was attached to specialised tubes of steel that were lowered down the pilot hole. The reamer was then pulled to the surface, leaving behind a shaft.

Master Drilling executive director Koos Jordaan noted that the key performance indicators for the project included the ability to drill a straight pilot hole over the length of the tunnel and to cut material, load and support the tunnel.

He said that the trial project had been running since July 2014 and, to date, a 180 m tunnel had been piloted using “a dry and accurate directional method”. Jordaan added that 30 m of reaming had been completed, with 2 m/d of tunnel development having been achieved, along with material cutting, loading and support.

“Some of the major challenges that we have had to overcome was dealing with rocky stresses, blocky ground and fines in the project area,” he said.

Further, Jordaan stated that, going forward, the aim was to increase production to 6 m/d, while also optimising the concept with regard to mobility and productivity of the HRB method. “Advances of between 9 m and 12 m seem possible.”

Other goals initiated through the use of the HRB method include tunnelling without the need for pilot holes in a straight line and mobile tunnelling at curves and different cross sections.

Master Drilling CEO Danie Pretorius pointed out that a standard vertical raise bore machine had been adapted for use in the project. However, he said that the company intended to specifically develop an HRB machine.

The remaining 40 m of the tunnel will be developed using conventional mining methods owing to challenging geology. However, the completion of the remainder of the tunnel is scheduled to be completed during the course of the next three months.