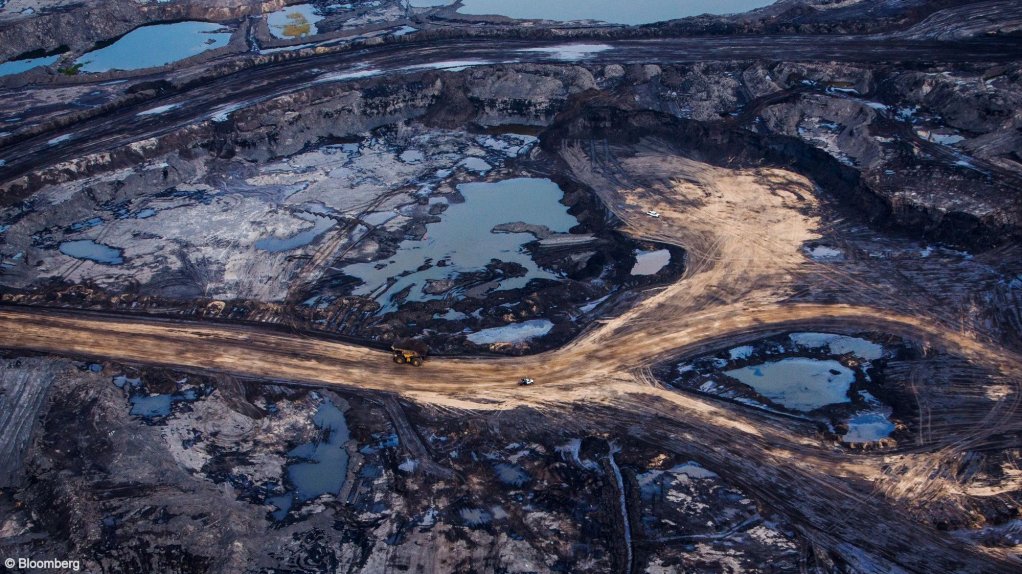 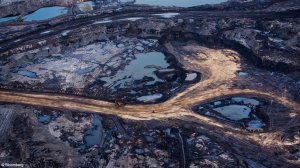 The Millennium oil sands mine, near Fort McMurray.

The idea of producing cleaner-burning hydrogen to rid the world of fossil fuels is gaining traction in the unlikeliest of places: Alberta, home of the infamously dirty oil sands.

Better known for energy companies that have been blacklisted by the Church of England for their emissions-intensive crude, the oil-rich Canadian province has attracted a growing group of researchers and entrepreneurs betting that the region's vast resources can turn it into one of the world's largest hydrogen suppliers. And they're about to get some backing from federal and local governments.

As nations seek to reduce greenhouse-gas emissions, hydrogen is emerging as a potential solution for hard-to-decarbonise sectors like industrial processes and freight. Oil-service heavyweights Schlumberger and Baker Hughes are already making forays into the space. Europe plans to increase its capacity to produce renewable hydrogen sixfold by 2024. Japan, China, Korea and Australia are looking to expand the fuel’s use.

Canada has the potential to become a top hydrogen exporter and shake off a reputation of global warming offender. That this vision is beginning to gain traction in the heart of the country’s oil patch goes to show how the world’s energy transition is taking center stage with growing pressure from consumers and investors — even if it’s still unclear how long it will take until cleaner sources will have enough scale to displace crude and other fossil fuels.“If we turn our natural gas into hydrogen, then it is now part of the long-term future for energy,” said Jackie Forrest, executive director of Calgary-based ARC Energy Research Institute. “There is no need to decline our production because we found a new product that has growing demand.”

For oil-sands producers, it’s more about long-term survival than saving the planet. If they use hydrogen to cut emissions, it could ensure they continue to have a market for their crude and funding from environmentally minded investors. Canadian Natural Resources, Cenovus Energy and MEG Energy all have vowed to achieve net zero emissions from their operations. For Alberta, a hydrogen industry would buttress the province against wild crude price swings like the current pandemic-driven market crash, as well as the prospect of declining petroleum consumption.

“Hydrogen could represent a lifeline to Alberta’s oil and gas industry,” said Simon Dyer, deputy executive director of the Pembina Institute, an environmental think tank. “Alberta has a lot of the building blocks in place to be able to compete in this space and develop a thriving hydrogen economy.”

Alberta’s advantage may lie in its abundant reserves of the very fuels that hydrogen is meant to replace. The province has a head start and already is producing about 5 000 tons of hydrogen a day to supply its oil-refining complex. The province also has 31-trillion cubic feet of conventional natural gas reserves that can be converted into hydrogen, as well as large underground geological formations for storing emissions from that process.

One Calgary-based startup says it has found a way to avoid emissions altogether and produce the gas at a fraction of current costs. Proton Technologies has patented a method of igniting an oil well and using a palladium alloy filter in the well bore that traps the carbon emissions in place while allowing pure hydrogen to flow to the surface.

That would solve one of the problems with hydrogen: While the fuel burns cleanly, current production generates sizable pollution. To supply about 70-million metric tons in a year, the world’s hydrogen producers send 830 t of CO2 into the atmosphere, roughly the annual emissions of the UK and Indonesia combined, according to a 2019 report from the International Energy Agency.

Proton is testing its zero-emissions technology on a well in Saskatchewan that could reach output of as much as 20 t of hydrogen a day this fall, CEO Grant Strem said in an interview. A facility the company aims to build in the next two years could produce 500 t/d at a cost of about 10 Canadian cents (7.6 cents) a kilogram, compared with $1 to $3 per kilogram for the currently cheapest method, he said.

“As far as I know, it’s the only path that can lead to hydrogen production on a gigajoule basis that’s less expensive than natural gas,” Strem said. Proton has been in discussions with some oil producers who are interested in licensing the technology so they can use hydrogen, instead of natural gas, to create the steam they inject underground to get thick oil-sands crude flowing to the surface. Potential financial partners have approached Proton about funding purchases of old oil wells to convert them to hydrogen production, Strem said.

Canada already can produce the cheapest hydrogen in the world after Russia, according to a 2018 study from the Asia-Pacific Energy Research Centre that points to the two countries as potential major exporters.

Alberta also has an extensive pipeline system that can be used to transport the fuel. Current gas conduits can flow with as much 20% of their streams consisting of hydrogen, and many home furnaces could handle increased hydrogen amounts, providing a ready market for the fuel and a quick way to reduce carbon emissions.

The goal is to prove the feasibility of hydrogen as a truck fuel and help give producers another market.

“We see heavy hauling of freight as kind of like an anchor tenant in the hydrogen shopping mall,” said David Layzell, the professor who’s running the program.

To be sure, Canada’s nascent hydrogen industry will need a big push before it can become more relevant, and the federal government has said it’s developing a national hydrogen strategy that will be announced in the coming months. Alberta, which is also working on a hydrogen development plan, so far has committed a meager C$10.8 million ($8.2 million) in funding for projects, including blending the element in a segment of Atco Gas & Pipelines Ltd.’s distribution system and a new method to convert natural gas to hydrogen developed by Vancouver-based Ekona Power Inc.But even if the plans to be announced by Ottawa and the province elevate the investments to a much higher level, using hydrogen to help power a low-carbon economy would require an entire global infrastructure to store and move it, the costs of producing it need to fall dramatically and the amount of CO2 its production emits needs to be cut significantly, if not eliminated altogether. Time will tell if Proton and other startups are on the cusp of that shift.