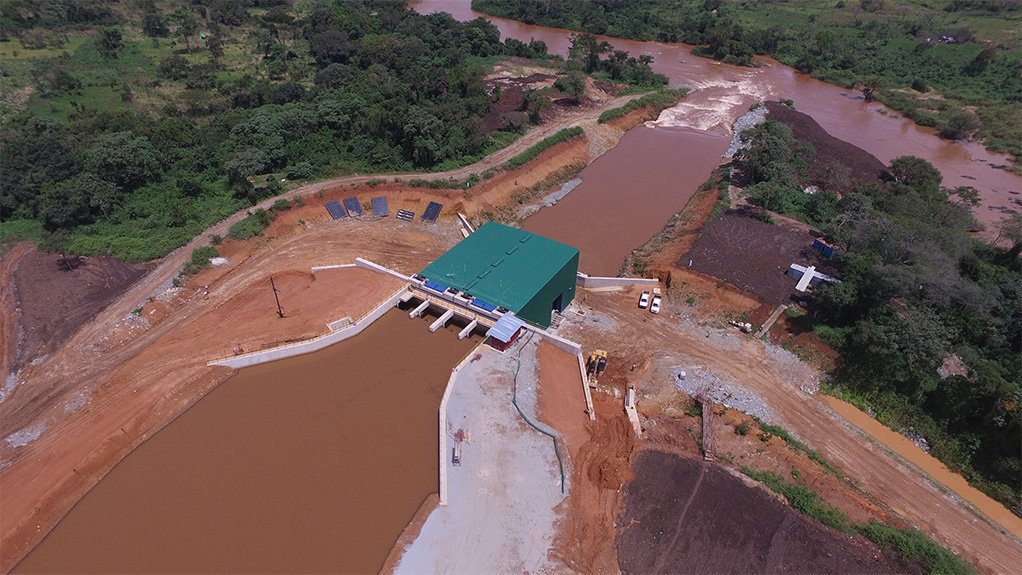 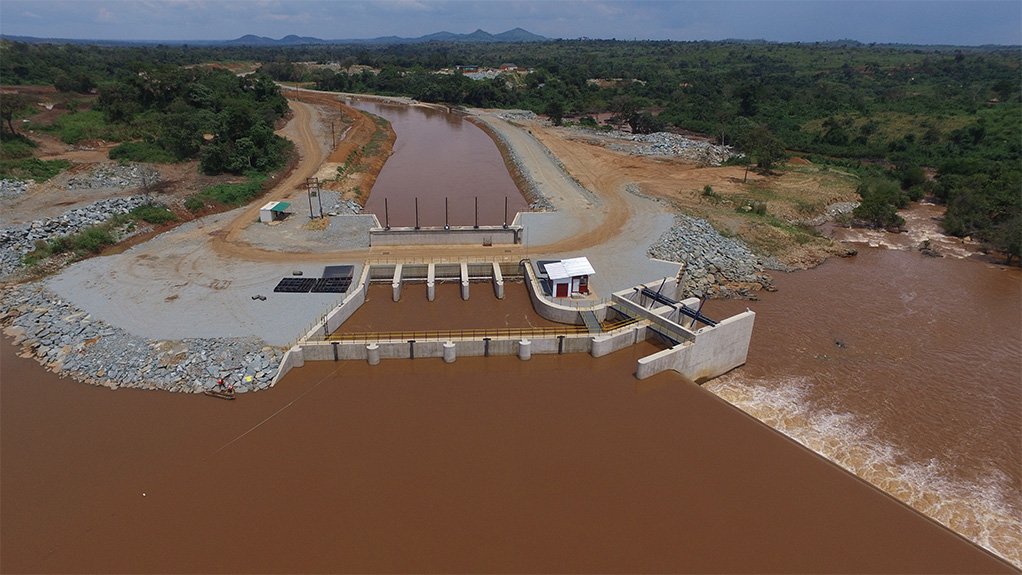 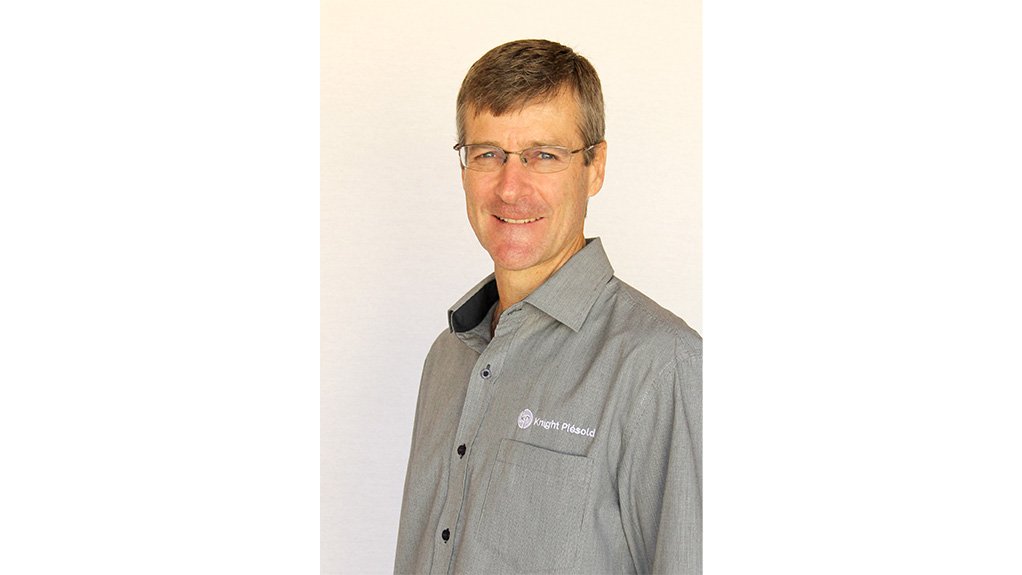 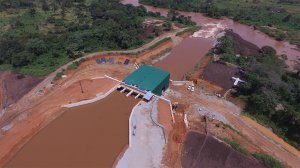 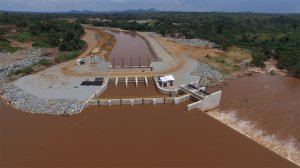 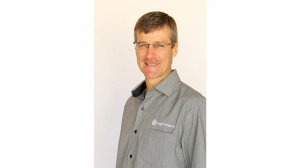 SWIMMING WITH THE CURRENT Owing to Knight Piésold’s dam engineering experience, the company can work with mines in remote areas, particularly in the DRC, to provide hydropower
ATTRACTING INVESTORS With the DRC’s abundant water resources and mineral wealth, the country can benefit from implementing significant infrastructure projects
ANDREW COPELAND Many local miners are having to align themselves to this new global tailings standard, and that’s our most significant local focus right now

This increase in demand for tailings dam- related consulting can be attributed to several tailings dam failures, most notably the Brumadinho dam disaster that occurred in Brazil in January last year.

Copeland argues that such incidents have resulted in a heightened focus from miners on improving tailings dam operations.

“Local miners have to ensure that their operations align with new global tailings standards. We’re working with mining companies that want their tailings dams certified in terms of design and operations. Many local tailings dams are upstream developments, which makes compliance with international norms more challenging.”

Miners are also working towards complying with the new requirements of the global tailings standard, but there is a significant backlog of work to be done which may be affected by a lack of capacity, says Copeland.

“This backlog involves extensive geotechnical investigations, as well as testing and checking if these tailings dams are safe. If these dams aren’t meeting safety requirements, we look at a risk-based assessment and decide whether we can accept marginal stability. If not, we have to consider designing a buttress to increase the stability.”

Copeland points out that these investigations require the full attention of Knight Piésold’s local staff. This has led to the company’s recruiting more extensively locally, including personnel who are skilled in geotechnical and civil engineering, as well as in areas such as hydrology, geology, seismicity and related environmental areas.

“We have a lot of work, which requires a full range of experts, project managers and junior staff, but our capacity is constrained by the lack of senior expertise in the country. This is not exclusive to the local market, it’s a global challenge as well. There’s a shortage of geotechnical engineers who are equipped for this type of work.”

With regard to the stability of tailings dams, Copeland stresses the importance of water management, adding that if phreatic levels are not sufficiently managed, there could be stability issues, both for existing facilities and for new facilities with barrier or liner systems.

He adds that improving the stability and safety of a mine’s tailings dam operations is essential to not only comply with regulations but also maintain the social licence to operate.

“Investors are going to look carefully at the condition of your tailings operations, as well as any potential impact on mine-affected communities. Insurers might exclude insurance of a tailings dam, if it is not in good condition. There are several financial and reputational implications for companies that have poor tailings management.”

Copeland explains that the focus on tailings dams-related project work has also extended to the company’s operations in the Democratic Republic of Congo (DRC), as Knight Piésold opened an office in the country in April last year.

This has resulted in the company working with diversified miner Glencore, which “has adopted international standards for all its operations and wants its tailings dams certified”.

Copeland notes that the company is also involved in hydropower projects in the DRC.

“Because of our dam engineering and experience in hydropower, we can work with mines in remote areas where power supply is limited. Some of the constraints in the country’s mining industry are unstable power supply and a lack of energy infrastructure. The country has a lot of water resources, and we have the ability to help them with the run-of-river, or dam-related, hydropower, so that’s a key growth area for us.”

Knight Piésold assisted in the final stages of Ambarau HPS implementation as Kibali's Owner’s Engineer and provided full engineering services to Kibali gold mine from concept to detailed engineering design and supervision during construction of the 11 MW Azambi hydropower project.

The company is also involved in an environmental- and social-impact assessment for the development of DRC independent power producer Kipay’s Sombwe hydropower project. The project is being developed on the Lufira river, in the south of the country, and aims to provide power for a remote area.

Copeland states that mining forms one of the company’s “three legs”, in addition to dams and water management, and roads and transport engineering.

Consulting for mining projects is crucial for the company, as water management and transport engineering projects often require government funding, which may be risky because of poor economic circumstances.

“Knight Piésold is turning 100 next April, and mining has always been a part of the company’s business. Right now, we are more reliant on mining than previously, and we have a strategy for the next 15 years to grow our involvement in the sector further,” he concludes.