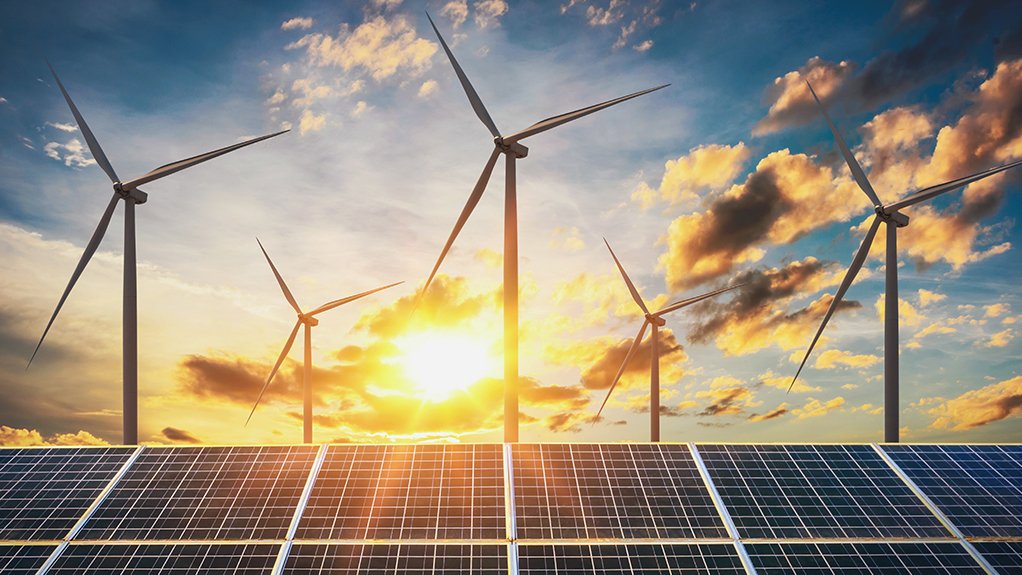 “The green hydrogen export market potential is much larger than the local green electricity market. Renewable projects built for hydrogen production might even be a way for South Africa to subsidise the strengthening of its physical transmission grid, reducing the cost to the fiscus or existing electricity consumers.”

To establish a green hydrogen production market for export, Roos highlights that several preconditions must be met.

The first comprises having customers who are willing to buy green hydrogen in large volumes and pay a premium, compared with the lower cost offossil-based grey hydrogen.

“Fortunately, Japan and Germany meet this requirement, as they are planning to import green hydrogen in bulk.

“Therefore, long-term green hydrogen offtake agreements between these countries and South African authorities must be aggressively pursued and signed. This is necessary to catalyse the investments for the first plants,” notes Roos.

Japan depends significantly on fossil energy imports and, being a signatory to the Kyoto protocol and the Paris Agreement, has climate obligations. To square this circle, Japan is moving its transport and energy economy towards hydrogen, so intends to import hydrogen, at no more than $3/kg, in large volumes starting at about 300 000 t/y from 2030 to between five-million and ten-million tonnes a year by 2050.

Further, all hydrogen imported by Japan from 2040 onwards must be carbon-free.

Modelling performed by the CSIR indicates that South Africa can meet this target early, and will be able to deliver green hydrogen to Japan at $3/kg before 2040, owing to the country’s solar and wind resources.

Meanwhile, in June this year, the German Federal Cabinet approved a National Hydrogen Strategy that predicts that Germany will need 2.7-million tons to 3.3-million tons a year of hydrogen by 2030 to decarbonise the hard-to-abate sectors of its economy. Of this, only 420 000 t/y can be produced in Germany.

“Germany plans to import green hydrogen from partner countries with good renewable resources with which it has a development relationship. South Africa fits the bill on both counts,” explains Roos.

The second precondition is a conducive regulatory environment.

The manufacture of green hydrogen in large volumes requires the procurement of large renewable electricity capacity; however, the addition of electricity generation capacity larger than 1 MW is only possible in accordance with the Integrated Resource Plan (IRP) 2019, under the REIPPPP process (or equivalent) or as a result of a Ministerial determination.

However, the IRP 2019 has not considered the large impact on renewable electricity needs arising from a significant rollout of hydrogen electrolyser capacity to meet the hydrogen needs of these countries.

Since a municipality may not contract an independent power producer (IPP) directly under South Africa’s current legislation, neither can a potential hydrogen producer. “Therefore, the green hydrogen export economy presents a new challenge to regulators,” says Roos.

While the capital costs of new renewables infrastructure and electrolysers will decrease with cumulative installed capacity overtime, the earlier installed capacity must operate for its full contractual term, with the hydrogen, and renewable electricity supplying it,bought at the price trajectory agreed on at the time of awarding of the bid.

“Financing each renewable electricity plant will be easier as a result,” states Roos.

Similarly, there must be no net electricity flow to the national grid from renewable plants supplying electrolyser plants: that is the place of REIPPPP renewable plants contracted in accordance with the IRP 2019, which is the result of a public participation process.

This provision is necessary for political and public acceptance and to avoid any unnecessary delay owing to controversy. The presence of IPPs supplying renewable electricity into the grid is a contested matter among some South African coal mining companies and workers, as the displaced coal-based electricity impacts on their livelihoods.

The future closure of coal-fired power stations reaching their end of life is being blamed by some on the introduction of renewables.

By contrast, with the expected shrinking of the country’s coal export market as India, Pakistan and South Korea either progressively switch from imported to domestic coal supplies or increase renewable shares, the export of locally produced green hydrogen offers a way of compensating for loss of foreign exchange, and possibly even coal jobs, as coal mining companies potentially diversify into hydrogen production and thereby future-proof their business.

“There is no reason for any South African constituency to be negatively affected by the green hydrogen export economy,” assures Roos.

Further, being a water-scarce country, the use of non-potable water supplies must be made mandatory for hydrogen production, he adds, citing desalination plants as the most rational answer.

Regarding the social licence to operate of electrolyser plants, desalination plants supplying them should be oversized, with the capacity to produce 300% of the volumes required for hydrogen production, to allow for the sale of excess water to local utilities in times of drought.

The last precondition noted by Roos involves the location of electrolyser plants used in the production of green hydrogen for export.

The transport economics dictate that these plants should not be located inland, but at the coast, preferably at or near the port of shipment. The deep-water ports of Saldanha, in the Western Cape, and Coega, in the Eastern Cape, are considered attractive for the manufacture of green hydrogen for export.

“These preconditions should allow for the development of a robust green hydrogen export market, where the investment required will not be driven by the South African economy. The production of hydrogen for local consumption is expected to develop following the growth of the export market,” concludes Roos.