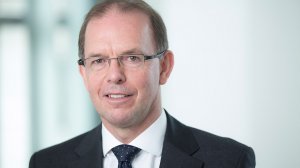 JOHANNESBURG (miningweekly.com) – The platinum sector is likely to end 2020 with a 670 000 oz surplus, the World Platinum Investment Council (WPIC) estimates.

The WPIC on Thursday published its Platinum Quarterly for the third quarter of 2019, which includes a revision to the full-year 2019 forecast, as well as an initial forecast for 2020.

Research director Trevor Raymond told Mining Weekly Online that the 2020 forecast did not include any platinum demand from higher diesel sales in Europe or from a platinum-to-palladium substitution.

About 1.2-million ounces of investment demand, including about one-million ounces in exchange-traded fund (ETF) purchasing already in 2019 marks “pretty chunky buying”, he said, noting that this equalled about $800-million.

While platinum demand growth potential was still prominent, Raymond did, however, indicate that this was being underpinned by a strong gold price, which is up by 15% in 2019.

Platinum investment demand for 2020 is expected to remain strong but is well below the record levels of this year and, despite a fall in mining supply, will result in a sizeable surplus in 2020.

Next year’s forecast includes about 500 000 oz in investment demand, which is “significantly above” the average of about 300 000 oz a year since ETFs started in 2007.

The initial forecast for 2020 projects a market surplus of 670 000 oz, reflecting a 1% decrease in supply and a 10% decrease in demand, predominantly owing to lower investment demand that, although forecast to be well above the five-year average, is not expected to include a repeat of this year’s record ETF buying.

The platinum market is forecast to be in balance for 2019 as the updated forecast now reflects a deficit of 30 000 oz compared with the prior estimate of a surplus of 345 000 oz.

Raymond told Mining Weekly Online that a year ago the WPIC forecast a sizeable surplus for 2019 but that the WPIC's latest report shows that supply and demand in 2019 are in balance. This was owing to large institutional investors globally having bought about one-million ounces of platinum ETFs in 2019. This buying, he added, had lifted the investment demand forecast for the full-year to about 1.2-million ounces.

The ETF buying, he further explained, was as a result of well-informed institutional investors recognising platinum’s demand growth potential, supported by an encouraging upward trajectory of the platinum price, which moved from the $800/oz mark to about $900/oz. These developments led to funds developing the confidence to invest in the precious metal.

The substantial 12% increase in total demand for the third quarter was driven by continued strong ETF buying, which more than offset expected demand decreases in the automotive (-5%), jewellery (-6%) and industrial (-1%) segments and total supply growth of 2% for the quarter, the WPIC’s statement on Thursday noted.

Mining supply in 2019 is up 1% as some mining projects ramp up, although this is mostly owing to the refining of metal built up in the processing pipeline in 2018. Significant increases in the price of palladium and rhodium helped lift autocatalyst platinum recycling 3% but the low platinum price for most of this year led to lower jewellery recycling.

WPIC CEO Paul Wilson said in a statement on Thursday that the “stellar investment demand performance is the highlight of 2019”.

He added that the particularly strong investment demand in the first half of the year had continued into the third and fourth quarters.

“We believe the sustained palladium price premium over platinum in 2019, that has averaged $839/oz since the start of the fourth quarter, has increased the likelihood of early substitution becoming visible,” Wilson commented.

Interest in platinum investment has become more widespread, with 2019 having observed a growing number of large macro funds, already using gold as an alternative to the about $13-trillion of negative yielding debt globally, also including exposure to platinum.

Further, Raymond said the reason that the supply from South Africa was high in 2019 was owing to the release of metal that was locked up during smelter maintenance in 2018.

“We did expect a steady release of the material, and that was perhaps a little slower,” he added, noting that mining supply fell by 11% year-on-year in the third quarter, which “was somewhat unexpected”.

Platinum supply and demand in the third quarter of 2019 was near balance with total supply down 8% and total demand up 7%. The typical seasonal large surplus seen in the third quarter of 2017 and 2018 fell to a small surplus of 25 000 oz in the quarter, according to the WPIC, which explained that this was owing to the year-on-year fall in mining supply of 11%, that more than offset the 2% rise in recycled supply, and a 7% rise in total demand.

The lower supply was primarily owing to smelter maintenance in South Africa and demand had increased as a result of continued strong investment demand in the quarter.