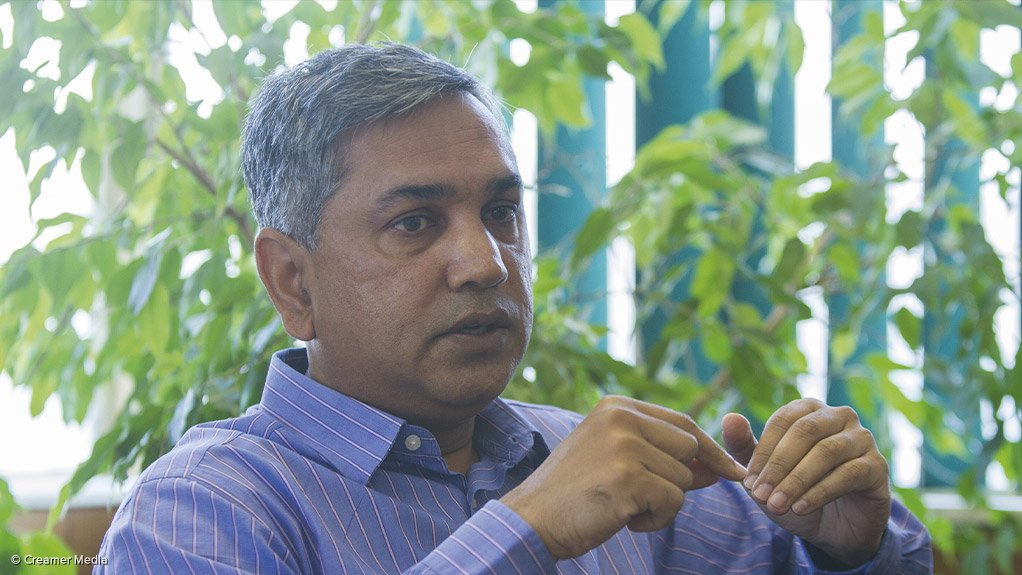 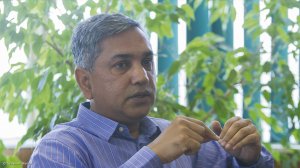 JOHANNESBURG (miningweekly.com) ­– The energy systems of the world are going ‘green’ in a process that is fast becoming irreversible, says Isondo Precious Metals CEO Vinay Somera, who adds that hydrogen is emerging as the main storage medium for energy generated from the sun, wind and other renewable sources.

The storing of wind and solar energy as hydrogen requires the electrolysis of water into hydrogen in a process that uses platinum- and iridium-based catalysts coated on membranes.

Converting the hydrogen back into electricity is done in a fuel cell in a process the uses platinum and ruthenium catalysts coated on membranes.

“It is within this medium that South Africa’s natural resource and mineral endowment, including sunlight, wind, platinum and base metals, can be combined within a value chain that offers one of the biggest opportunities to grow and transform the South African economy into a new age economy,” says Somera, who believes that South Africa has an opportunity to capture a reasonable share of the rapidly greening international market.

Isondo is taking steps to manufacture membrane electrode assemblies, which form the heart of hydrogen fuel cells, at the proposed OR Tambo Special Economic Zone, at Johannesburg International Airport.

“While every single step in the process can be done in China, or anywhere in the rest of the world, there is not a single reason why it cannot be done here in South Africa,” says Somera.

Isondo’s primary strategy has been to embed best-in-class manufacturing facilities for the key components that will be required by the hydrogen economy over the next decade.

Isondo has been executing on a blueprint of the future over the past number of years and regards learning by doing as underpinning its business model, which shows local component production to be “feasible, financially rewarding, a significant creator of new skilled jobs while also helping save mining jobs”.

“It represents a country win at all levels,” Somera tells Mining Weekly Online.

However, it is clear that Isondo and other companies in this space are up against international competitors with early-stage funding not easily accessible in South Africa.

To ensure that significant time is not lost in the business development process, he advocates the local development of a strategic fund dedicated to early-stage development in the hydrogen and fuel cell field.

“Support from companies with vested interests in the value chain would be a game changer in the South African context,” he says.

“Many examples spring to mind. In the platinum mining context, the platinum group metals (PGM) companies are aspiring to shadow and support developments in Chinese cities and other international markets as this represents a source of demand growth for PGM resources.

“However, investing in South Africa-based fuel cell component manufacturing allows for additional shareholder value creation, adding additional margin to the metal and helping to export a value-added product. If credits are obtained against statutory obligations, then this represents a third win in this scenario,” Somera postulates.

The changing face of the global vehicle fleet towards zero emission fuel cell electric vehicles and battery electric vehicles means that the petrol and diesel vehicles manufactured in South Africa will come under threat over the next two decades.

“Working with companies like our own will assist the local production lines into the new fuel cell electric arena and again additional value can be derived if this is included in the next incarnation of the automotive production and development programme,” he says.

Similar examples of value-adding cooperation exist across most manufacturing industries in South Africa. The production processes required to sustain the hydrogen and fuel cell economy are not yet locked down in the international market and South Africa has a short but wide-open window of opportunity to embed itself as a participant in this new economy, Somera believes.

He sees it as being incumbent on South Africa to put in the required investments to embed all parts of this emerging value chain in an integrated strategy that includes all arms of government working in concert with the entrepreneurial, mining, manufacturing and automotive sectors.

Because this is a greenfield industrial development, he sees no reason why a new execution strategy that integrates all these sectors cannot be conceived and executed.

“Let us not look back in a decade and wonder why we didn’t develop this nascent industry into a new driver of economic growth for the nation,” he pleads.

This is because only 3 kWh to 5 kWh are required to produce a cubic metre of desalinated water, which is equal to 1 000 kg, compared with the 50 kWh needed to electrolyse 1 kg of hydrogen, Council for Scientific and Industrial Research (CSIR) senior research engineer Thomas Roos tells Mining Weekly Online.

Water-short areas could thus be provided with desalinated water, with the hydrogen generation process covering all the overhead costs as not only a local supplier of ‘green’ hydrogen, but also as a potential earner of valuable foreign exchange from exportation.

The sale of surplus electricity to third parties and the conversion of solids dissolved in the water used into saleable products would improve margins still further.

A few years back, potassium nitrate, used as a fertiliser ingredient, was retailing at R15 000/t and treating 15 megalitres of AMD a day was yielding 49 000 t/y of high-value potassium nitrate and 24 000 t/y of ammonium sulphate, Krugersdorp-based Trailblazer Technologies director John Bewsey told Mining Weekly Online in 2016.

“We’re left with useable water at no cost and the whole process turns in a very handsome profit,” said Bewsey, who envisages funders being attracted by the scheme's 30% return on investment.

Bewsey explained that Trailblazer Technologies had added on to an original idea put forward in 1996 by the late Dr RE (Robbie) Robinson, whose zero-cost plan for AMD eradication at the Grootvlei gold mine, on the East Rand, came to naught after the then Department of Water and Sanitation (DWS) opted erroneously for a far more expensive R10-million alternative that fell flat on its face, had to be discontinued and probably contributed to Grootvlei’s demise, along with the subsequent ignominious Aurora liquidation debacle.

Access to AMD is possible from sources including the Witwatersrand’s western basin in Krugersdorp, the central basin in Germiston and the eastern basin in Springs.

“We could turn South Africa into an agricultural Garden of Eden, quite quickly and quite easily,” is the view of Trailblazer, which believes that tens of thousands of hectares of high-value crops, including vegetables, flowers, nuts and fruit, could be the result.

From a water point of view, AMD is small. It is South Africa’s Karoo and the north-west Cape areas that have large volumes of saline groundwater that nobody has put to use.

Bewsey’s calculation is that 30 megalitres of it a day could irrigate 2 200 ha of land and create 15 000 jobs. By contrast, the DWS’s expensive removal of sulphates from the AMD to recover gypsum is seen as a wasted opportunity.