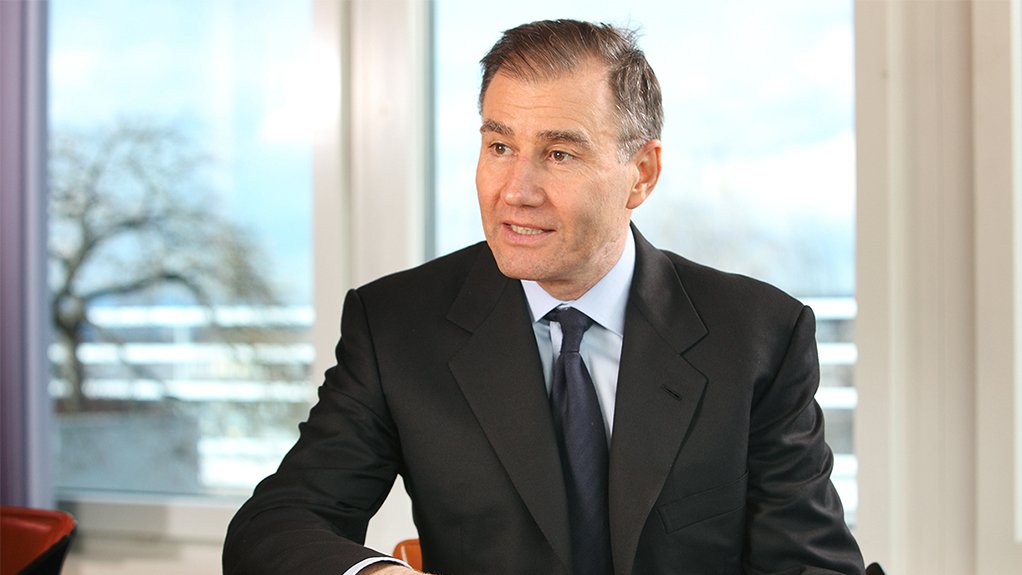 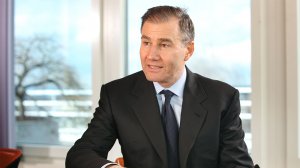 Multinational commodity company Glencore delivered a solid third-quarter operating performance, including the continued successful ramp-up of Katanga, in the Democratic Republic of Congo, which remains on track to achieve design capacity by year-end, CEO Ivan Glasenberg said on October 30.

“Our teams have adapted well to the numerous challenges presented by Covid-19.

"We maintain our 2020 full-year production guidance, except coal, which was adjusted for the extended strike at Cerrejón [in Colombia]. We will provide a detailed business update, including progress on climate change initiatives at our investor update on December 4,” he notes.

Own sourced copper production of 934 700 t was 81 100 t, or 8%, lower than the comparable prior period, reflecting Mutanda in the Democratic Republic of Congo being on care and maintenance in the current period and the temporary suspension of operations at Antamina, in Peru, during the second quarter.

This was partially offset by a continued strong milling performance at Collahuasi, in Chile, and Katanga’s ramp-up.

Own-sourced cobalt production of 21 600 t was 12 800 t, or 37%, lower than the comparable prior period, mainly reflecting Mutanda being on care and maintenance and partially offset by Katanga’s ramp-up.

Own-sourced zinc production of 860 100 t was 50 900 t, or 6%, higher than the comparable prior period, mainly reflecting higher zinc grades from Antamina notwithstanding the temporary Covid-related suspension; improved throughput at Mount Isa, in Australia; and the net positive effect of 13 800 t from other South American operations owing to the reopening of the short-life Iscaycruz mine, in Peru, offset by Covid-related slowdowns and suspensions.

Own-sourced nickel production of 81 800 t was 7 600 t, or 9%, lower than the comparable prior period, mainly reflecting Koniambo, in New Caledonia, running as a single-line operation for most of the second and third quarters, with Covid-related restrictions on mobility affecting the timing of maintenance.

Attributable ferrochrome production of 651 000 t was 379 000 t, or 37%, lower than the comparable prior period, primarily reflecting the second-quarter South African lockdown measures.

As of September 1, four of the five smelters were running. The competitive environment across the South African ferrochrome industry continues to be challenging, in particular owing to high input costs including electricity, Glencore noted.

Coal production of 83.5-million tonnes was 20.5-million tonnes, or 20%, lower than the comparable prior period, reflecting Prodeco being on care and maintenance for most of this year, disruptions at Cerrejón − initially Covid-related but also as a result of industrial action − and targeted second-half volume reductions across the Australian portfolio, during a time of weak market conditions.

Entitlement interest oil production of 3.4-million barrels was 300 000 bbl, or 8%, lower than the comparable prior period, reflecting the temporary suspension of Chad operations since April, partly offset by new wells drilled in Equatorial Guinea and Cameroon.

In a statement, Citi said that Glencore produced a strong set of production results, with sequential increases for major commodities, and generally ahead of its expectations by between 5% and 6%.

It acclaimed that successful ramp-up of Katanga should help support confidence in Glencore’s ability to deliver on its cost optimisation plan. This should be further supported by stronger cobalt production as well, it posited.

“While guidance was cut for coal this should be a net positive and should be seen as supportive for seaborne supply:demand balance in a weak pricing environment. Overall, implied run rate of production for quarter four 2020 for most commodities is lower than quarter three 2020, which led us to believe that Glencore should be able to deliver production towards the upper end of its guidance for major commodities.

"We expect the strong performance to be well received by the market,” the company said.

Meanwhile, RBC Europe said that Glencore has bettered its estimates in quarter three, a trend it has been generally seeing as companies recover from Covid-19 impacts from quarter two.

Copper was 6% ahead of its estimate, and zinc 7% (albeit closer to consensus). Coal was impacted by the ongoing strike at Cerrejón and this drives the only change to guidance, however this is potentially a net positive even once considering the challenging economics for Atlantic basin coal, noted RBC. There is no mention of the China/Australian coal ban with minimal material updates elsewhere, it said.

"We continue to see Glencore as having compelling value and over the medium term see strong potential for eventual resolutions to the ongoing Department of Justice investigations and restructuring,” it said.