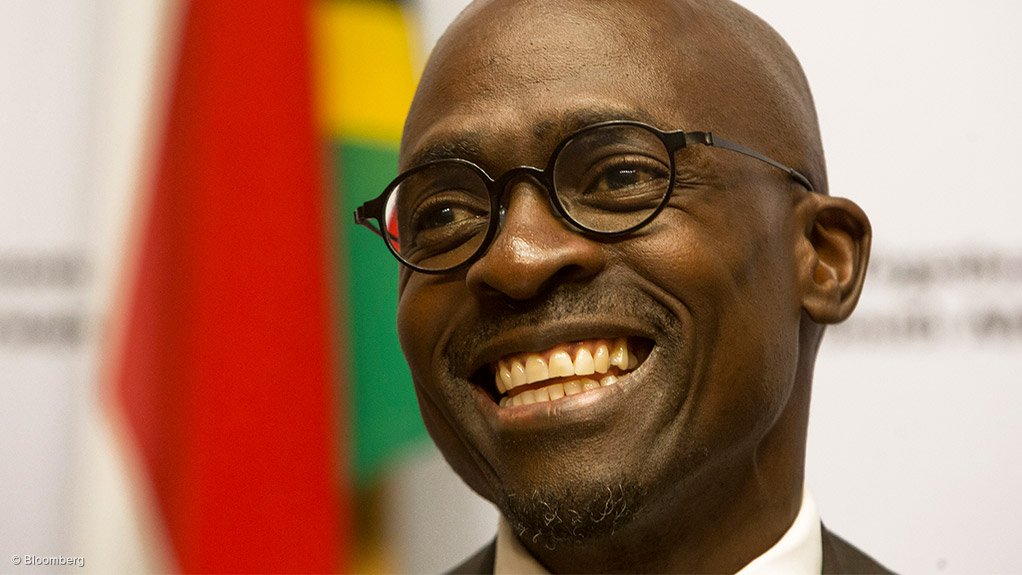 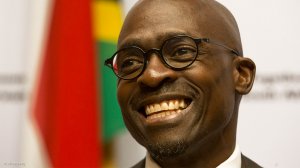 Finance Minister Malusi Gigaba on Thursday unveiled a series of aggressive planned interventions and action steps to stimulate economic recovery after South Africa’s fall into recession in the first quarter. His address revealed two main desired outcomes – dodge another downgrade and reignite economic growth – and that included on his action list was the conducting of further engagements with civil society, labour and industry on the new controversial Mining Charter Three.

The ambitious 14-point plan and its attached action steps demonstrated a “sense of urgency and action-oriented intervention”, with clear timelines. This would bind government to commit to “what needed to be done” to stave off any further downgrade, the new Finance Minister explained at a media briefing at the Johannesburg Stock Exchange.

Continued slow growth; the recession and its potential impact on the fiscal framework; rising government debt; the state of State-owned enterprises (SOEs) and contingent liability risk; as well as policy uncertainty coupled with low business and consumer confidence have necessitated bold actions to show that National Treasury has made progress in unlocking growth in the run-up to October’s medium-term budget policy statement (MTBPS).

“It may not be a perfect plan, but it is detailed enough to inspire confidence and demonstrate an action-oriented mindset,” he told journalists.

Gigaba described these President Jacob Zuma-monitored and coordinated interventions, which were drawn from government’s Nine-Point Plan, as the beginning of a response programme that would be further unpacked in the MTBPS and the 2018 Budget.

While the Minister delegated much responsibility to other relevant Ministers, with strict timelines, the bulk of the 14 interventions and associated action steps will fall under his purview.

The first of the interventions is under fiscal policy, under which two “action plans” will be pursued in the short term. Gigaba will be responsible for finalising the infrastructure budget facility by October 2017, while Public Service and Administration Minister Faith Muthambi will be required to finalise a sustainable public-sector wage agreement by February 2018.

National Treasury will also be required to convene a financial sector summit to quantify transformation targets, including for low-income housing and agriculture, by December 2017.

Further, by February 2018, Gigaba will need to have brought down banking costs through the implementation of Twin Peaks; embarked on work with the Department of Trade and Industry on targeted debt relief for the most vulnerable, particularly surrounding reckless lending; as well as introduced a microinsurance framework and reviewed the Cooperative Banks framework.

National Treasury also tabled three action steps to leverage public procurement for national development, one of which was the implementation of the Preferential Procurement Regulations, which took effect on April 1.

The finalisation of the Public Procurement Bill is expected by March 2018, while Small Business Development Minister Lindiwe Zulu is required to finalise a complementary government fund aimed at financing small, medium-sized and microenterprises in a start-up phase.

Gigaba further pointed to the recapitalisation of SOEs and government guarantees, which would see him continue engagements on a framework for the disposal of noncore assets and conducting a detailed audit of nonstrategic assets of SOEs, aimed at strengthening SOE balance sheets by March 2018.

Under these interventions, Cabinet will, by October 2017, be required to reduce the issuance of government guarantees, especially for operational reasons, and determine the consequences of SOE nonadherence to the guarantee conditions.

Cabinet will be responsible for approving the terms of reference for the implementation of the remuneration standards oversight committee by September.

Public Enterprises Minister Lynne Brown is responsible for implementing the remuneration framework and tabling the draft Shareholder Bill by March 2018, while Muthambi will finalise the board appointment framework.

The PSP framework, under which there are five action steps, one of which will see Gigaba tasked with engaging other departments on the PSP and three of which are the responsibility of shareholder ministries, tracked with a March 2018 deadline.

Intended is the provision of broader guidance on sectors or asset classes for PSP and the determination of whether sector-specific PSP frameworks will be needed by October; the approval of PSP projects as outlined in the governance framework proposed in the PSP framework; and the inclusion of PSP projects in the Shareholder Compacts and Corporate Plan for subsequent implementation.

All SOEs will be expected to present potential projects for PSP to the relevant line departments, the technical task team and the Inter-Ministerial Committee by November.

Turning to energy, Gigaba has tasked Energy Minister Mmamoloko Kubayi with the finalisation, by February, of the "lowest-cost" Integrated Energy Plan and Integrated Resource Plan, taking into account extensive comments received during public consultation, as well as completing a review of the pace and scale of the roll-out thereof under the circumstances of Eskom "hardship and overcapacity up to 2021". There will also be a review of the level of participation by black industrialists and the Minister will need to develop a strategy to increase it, by August.

Under the same intervention point, power utility Eskom is ordered to develop and submit a case for soft support until the tariff adjustment in 2018, and approach the South African National Energy Regulator regarding Eskom’s “hardship”, both by July.

The National Treasury will also focus its efforts on aiding SAA, with plans to finalise the CEO appointment this month, as well as finalise and implement a five-year turnaround plan by December 2019 and negotiate with lenders to extend debt, by October 2017.

Under the purview of Telecommunications and Postal Services Minister Dr Siyabonga Cwele, the department is required to undertake a high-level study on the proposed wireless open-access network spectrum needs with a view to license the remainder to the industry and commence roll-out of Phase 1 of South Africa Connect Broadband programme by August. It will also be required to investigate data prices by July, issue a policy directive mandating the Independent Communications Authority of South Africa to start the licensing process by December 2017, and complete the spectrum licensing process by December 2018.

The amendment of the enabling legislation for licensing of Postbank is also on the cards for December 2017.

Gigaba has mandated Mineral Resources Minister Mosebenzi Zwane to finalise the Minerals and Petroleum Resources Development Act Amendment Bill “in a manner that reflects the inputs of civil society, labour and industry solicited through the public consultation process” by December 2017.

Zwane is also tasked with conducting further engagement on Mining Charter Three that deals with transforming the South African mining and minerals industry.

Lastly, Rural Development and Land Reform Minister Gugile Nkwinti will be required to publish the Regulation of Land Holdings Bill in Parliament by October 2017.

“At the very heart of what we are doing in this regard is growth and transformation to provide the necessary certainty to investors and markets,” said Gigaba.

“We, as government, are prepared to be held responsible,” he concluded.