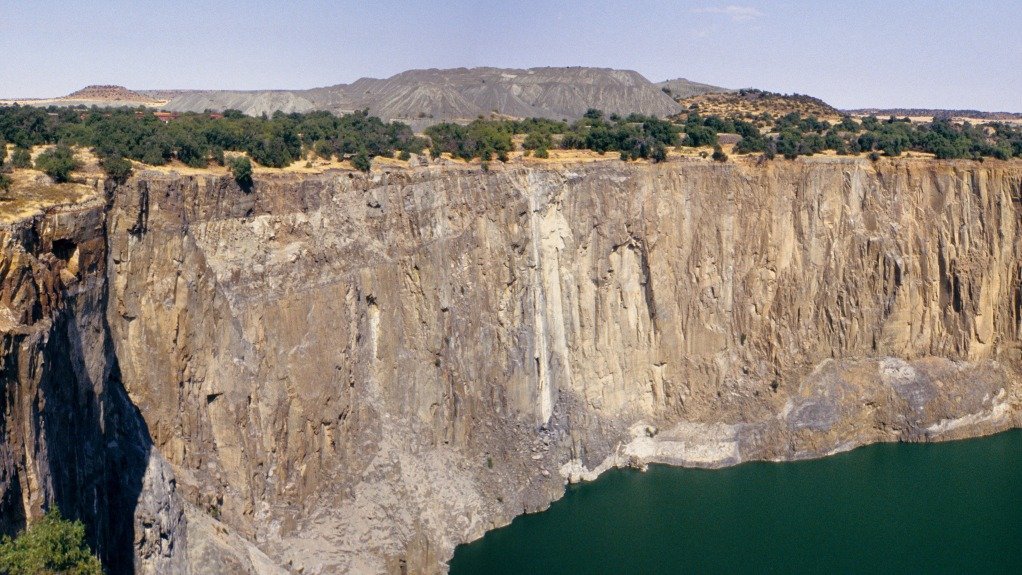 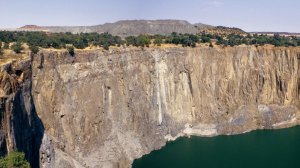 The decision made by the South African Heritage Resources Agency (SAHRA) on September 15 to permit the backfilling of the historic Jagersfontein diamond mining pit with waste from a second compartment of the tailings dam – to prevent a secondary breach after one compartment of the dam failed on September 11 – has been met with concern and opposition by Youssef Diamonds Liberia chief geologist and Florida International University earth and environmental sciences research professor Stephen Haggarty.

In an open letter addressed to the SAHRA on September 19, Haggarty urged the association to reconsider the decision that would “allow foreign investors to desecrate this mining icon”, making a passionate plea to preserve the historic openpit mine.

Dubai-based diamond company Stargems bought the mine and the surrounding dry tailings dumps in April and remains the current owner and operator through its South African subsidiary Jagersfontein Developments.

“I find it incredulous that a heritage site will be destroyed by a foreign-supported mining company. That is an absolute disgrace,” he said, stating his investment in the matter as not only a geologist but also as a previous owner of the Jagersfontein farm.

He said Jagersfontein was the first mine in South Africa and claimed that the historic hole was the deepest hand dug hole on Earth.

“The first recognition of diamond in hard rock was made in 1869 at Jagersfontein, not Kimberley. Kimberlite, therefore, is misnamed,” he said.

According to newswire Reuters, the company reprocessing old tailings around the disused pit to recover diamonds, Jagersfontein Developments, has lodged five applications over the past decade with the SAHRA seeking permission to store liquid mine waste in the pit rather than the dam.

The latest request was made on August 17, about a month before the tailings dam collapsed, resulting in the death of one person, injury to many others and significant infrastructure damage in nearby communities.

The Department of Water and Sanitation authorised the immediate pumping of slime from the second compartment of the tailings dam into the pit on September 12, prompting the SAHRA to approve the backfilling on September 15.

Jagersfontein Developments first applied to backfill the historical pit in September 2012, and the SAHRA granted it permission in June 2013. However, the Jagersfontein Community Trust appealed the decision, prompting the company to withdraw its application in January 2014.

“I grew up among slime dams, saw them built, saw them filled, and not one ever collapsed. The new owners should be obligated by law to have a robust, engineeringly [sic] designed slimes dam built. If sections of the old dam remain, these should be bulldozed onto the more than adequate 4 000 ha of farmland, and not pumped into the big hole,” he suggested.

He also noted that Jagersfontein, which is situated in the semi-arid Karoo, is ideal for sheep farming but prone to long periods of drought.

“The big hole has served as a source of water for the community since the 1970s. The pumping of slimes into the big hole will lead to extensive contamination and will render the supply non-potable,” he warned.

He said that the new tailings operation would be unlikely to last more than five years and definitely not more than ten years, which he believed made it obvious that the Jagersfontein Heritage site should be "preserved and not destroyed by transient investors".

In response to Haggarty’s concerns, Global Diamond Network’s Dr John Bristow told Mining Weekly that he supported the infilling of the Jagersfontein hole.

“We would all like to see these historical sites protected and preserved for posterity but the simple fact is that we have a country governed by an incapable and corrupt State, and we have departments . . .  that do not understand their own laws, are incapable of implementing legislation, and there is no law and order in the country. We simply cannot afford this 'luxury',” he said.

He added that the only reason the famous Big Hole Museum in Kimberley remained a world-class facility – in a “broken town" – was because diamond miner De Beers still supported the facility – implying that, without such support from the private sector, the Jagersfontein hole would not be as attractive as a tourist destination nor as safe.

“The Jagersfontein openpit is a very impressive and large mining pit and I agree that it would be sad to lose it. However, it’s value as a heritage site is limited and, if tailings reprocessing is to continue, there may be no other viable option other than to allow dumping into the openpit,” he told Mining Weekly.

He said that, if the pit were to be filled in, none of the scientific and geological value would be lost and that, if some of the old dumps were not fully reprocessed, some materials would continue to be available for future geological research.

“The only persons affected will be the few people interested enough to visit that part of the Free State to view an openpit mine. There’s not much else to see,” he said, adding that Haggarty’s characterisation of Jagersfontein as the deepest hand dug hole on Earth may be subject to dispute.

Moreover, McKechnie believed that the foreign-owned nature of the company was not of importance.

“What is important is that, based on the evidence of the catastrophe on September 11, the on-site management of a tailings disposal facility was allowed to deteriorate to such an extent that this unnecessary and tragic event occurred,” he said.

He noted that, if reprocessing of tailings was to continue, then dumping into the openpit might be the only feasible solution.

“Should the tailings reprocessing operation not be allowed to continue, this would add to the woes of an already very stressed community that has very few options as far as jobs and economic activity is concerned,” McKechnie said.

As for converting the Jagersfontein pit into a museum akin to the one in Kimberley, McKechnie said that not much had been done to promote the historical aspects of the site.

“It took many years of costly effort by De Beers and others to turn the Kimberley openpit museum into a facility that is now a valuable attraction and I doubt that it would be easy to obtain funds from government or other parties to develop a similar facility at Jagersfontein,” he said.

In response to Haggarty’s water contamination concerns, McKechnie said that kimberlite tailings were generally considered to be chemically inert and that the disposal of processed tailings and slimes – assuming no external contaminants are added during processing – would not be expected to significantly alter ground water compositions.

“If the old mine is being used as a source of water for the town, it will be possible to test for potential contamination prior to disposal. The input of slimes will make the water in the hole cloudy but this will settle out and this can also be managed during pumping if necessary,” he said.