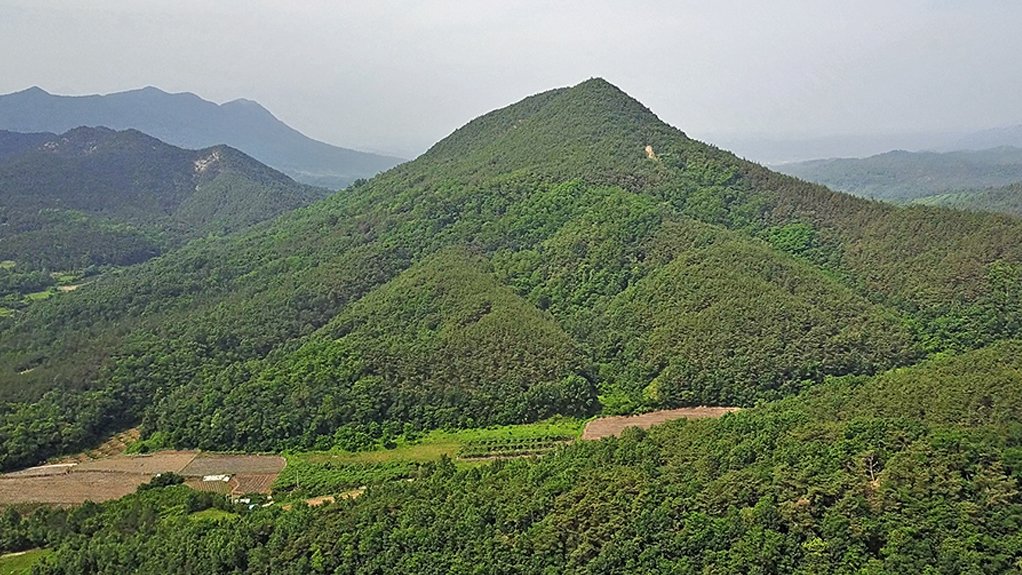 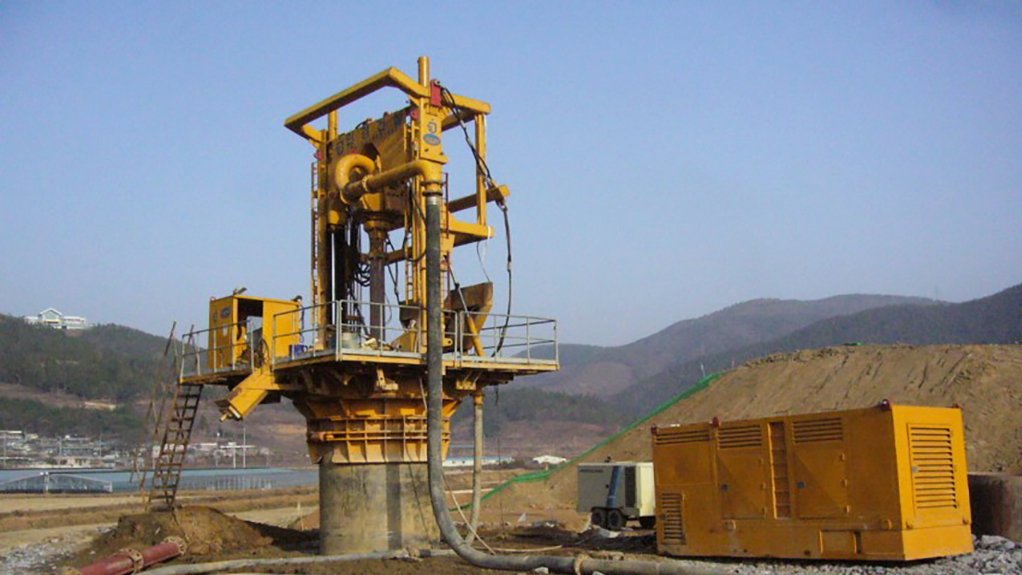 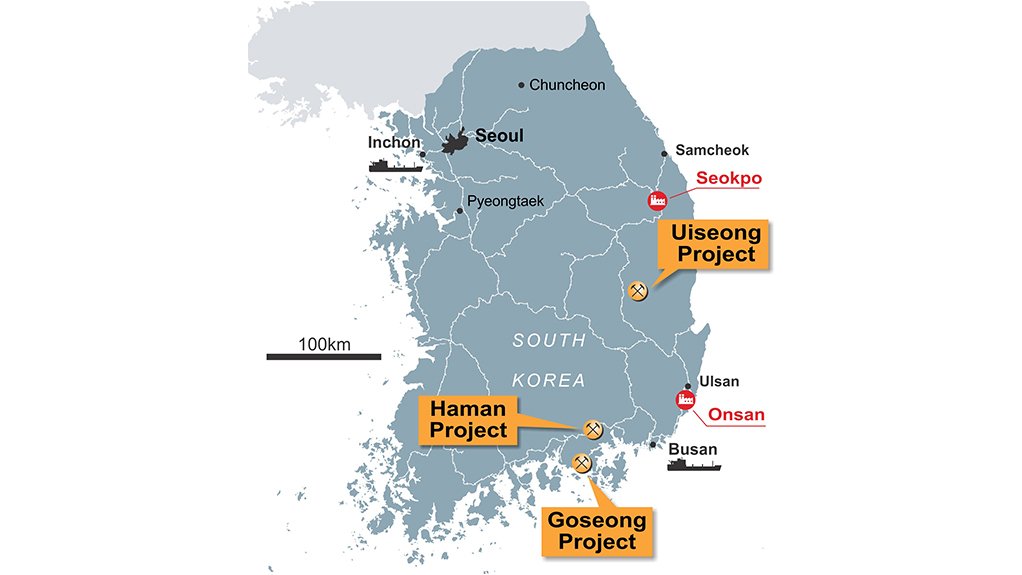 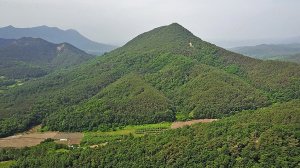 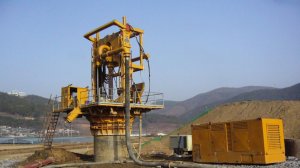 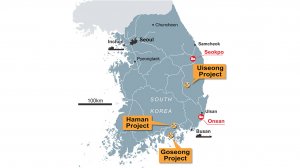 Privately owned polymetallic mining company Korean Metals (KME) is seeking to increase funding for the development of its projects in South Korea.

Such projects include the Uiseong, Haman and Goseong projects. All the projects are currently at the development stage.

It is situated within a “back-arc basin setting of the Pacific Plate ‘ring of fire’ region”, says Sennitt.

The Uiseong project consists of five gold-silver-copper-lead-zinc deposits with significant historical drilling intersections from 92 holes (14 500 m). The project has an Exploration Target of 21-million tonnes, grading about 1.06 g/t of gold, 44 g/t silver, 1.10% copper, 1.53% lead and 1.12% zinc.

The Goseong project consists of five deposits, with the Goseong district being Korea’s main copper producer between 1945 and 1985. The remaining historical resource provides an Exploration Target of 540 000 t grading 1.54 g/t gold, 395 g/t silver and 6.08% copper.

KME has been explorating of these projects since 2014 and has discovered new vein structures and styles of mineralisation that indicate significant expansion potential of the Exploration Targets.

“The company believes that there is excellent potential to establish a central mining facility to process the high-grade ores sourced from the identified deposits,” says Sennitt.

In addition to KME’s establishing JORC-complaint resources by re-drilling deposits identified by historical drilling in the 1970s, it is also aiming to secure development funding for the various projects.

KME’s objectives include finalizing a preliminary economic assessment and site engineering, and completing the DFS. The company aims to complete a bulk trial mining study using the sustainable mining by drilling (SMD) method and pilot beneficiation plant, and then move to establish a 1 000 t/d operation.

“The novel SMD method proposed by Novamera will revolutionise narrow-vein metal mining in the future. This surgical-selective extraction method that recovers only ore, leaving waste rock in the ground,” explains Sennitt.

SMD uses a pilot hole to follow the vein and a pile top drill rig with its wide-diameter drill bit, of 1 m to 4 m, to extract the ore vein. The Pile Top rig is manufactured in South Korea and is widely used in the construction sector.

“A ‘stringer’ attachment acts as a ‘pilot hole-opener’ and keeps the wide-diameter drill bit within the ore vein. Drill cuttings are lifted to the surface as a slurry using water and airlift by reverse circulation,” explains Sennitt.

The method does not require drill blasting, no underground development or infrastructure, allows for the replacement of primary and secondary crushing and reduces development time.

Further, safety is improved because there are no employees or machinery being underground.

There are also environmental advantages, including minimal surface disturbance by mining, a small mill plant size footprint, water is recycling, and rapid rehabilitation of the drill sites is possible. The reduction in machinery requirements can result in emissions reduction of about 50%.

“These advantages are expected to result in improved community perception and acceptance for a modest-sized mining project. Consequently, the complete project risk profile is significantly reduced,” says Sennitt.

KME intends to provide the final product for existing major base metal refineries and a precious metal refinery located close to the projects as offtake customers.

There are also potential export markets in neighbouring countries in northern Asia; however, the proposed DFS will determine the optimum products and where they will be sold.

Desktop studies for a conceptual 1 000 t/d mining and milling operation indicate the commercial viability of the SMD method and production of various concentrates using sequential flotation or the continuous vat leaching method.

“These studies indicate the likely capital cost range will be from $35-million to $45-million for a simple direct shipment ore operation, $50-million for the continuous vat leaching method and $75 to $100-million for a flotation mill,” concludes Sennitt.