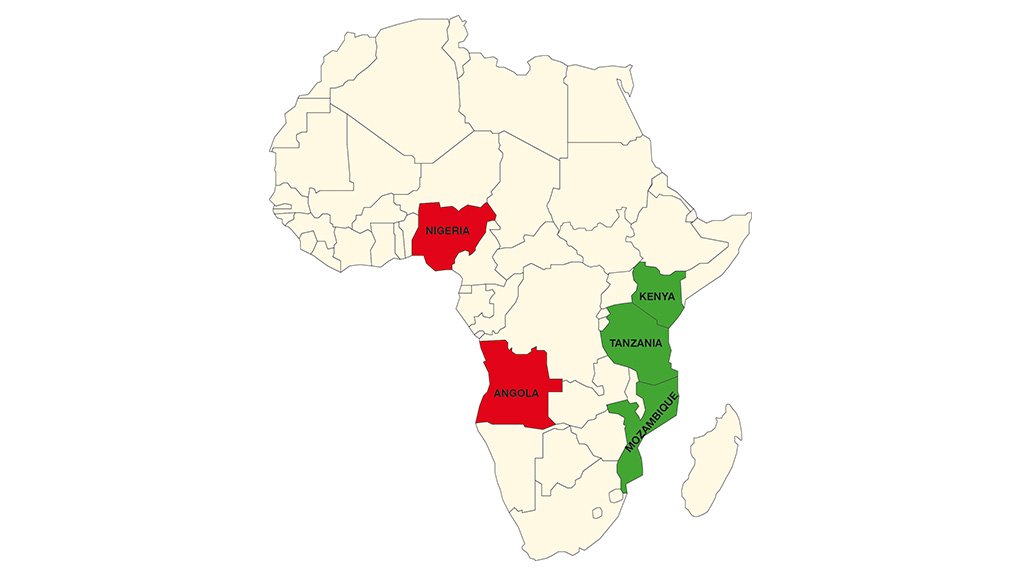 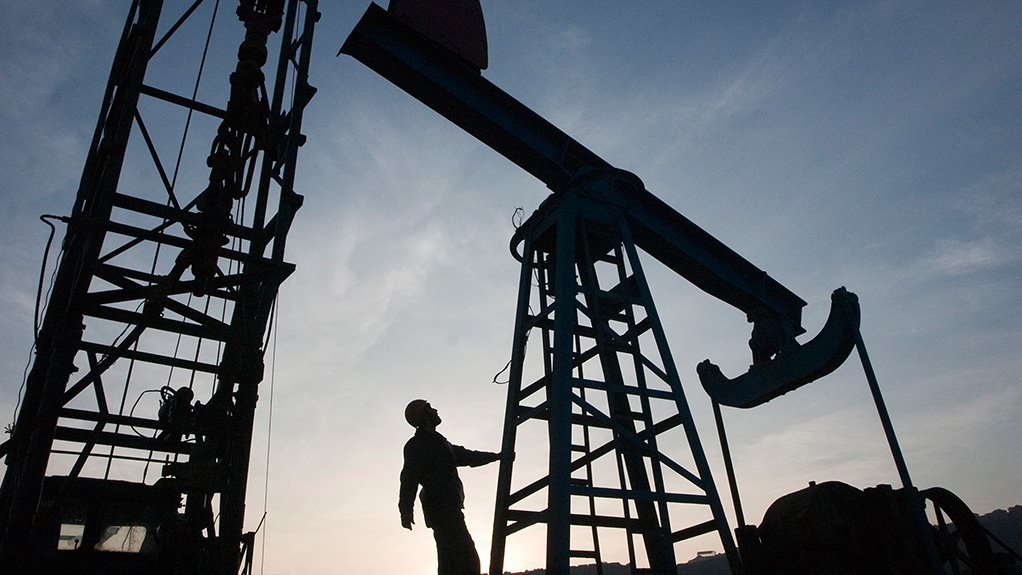 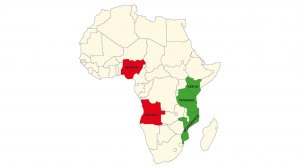 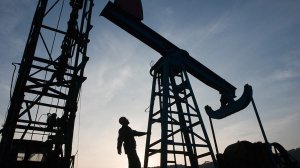 AFRICAN TREND Exploration and prospective investment for oil and gas is experiencing a shift from established nations like Angola an Nigeria to emerging nations like Mozambique, Tanzania and Kenya
QUICK RECOVERY UNLIKELY The weak oil price, which has affected oil exploration, investment and production, is not likely to recover for the next 18 months

There has been a definite shift in oil and gas exploration from the west to the east coast of Africa in the past five years; however, a revival of the depressed oil price is needed to accelerate exploration and make projects viable, says professional services network PwC oil and gas advisory leader Chris Bredenhann.

There is currently a slowdown in exploration on the continent, ascribed mainly, according to PwC’s ‘Oil and Gas Review 2015’ report, to the plunge in oil prices since late 2014.

Although the gas price is no longer directly indexed to the oil price, it is still heavily influenced by it; therefore, gas producers have equally felt the pinch of the oil slump, he adds.

Bredenhann argues that, for the next 18 months, no significant oil price revival is to be expected, using oil company Shell’s ‘Lower for Longer’ slogan to describe the increasingly sustained slumps experienced in the industry.

He notes the positive effects of the low oil price on the African consumer and downstream industries, such as oil refineries, which have reaped better margins.

Nevertheless, oil and gas producers in Africa have subsequently experienced lower margins and government budgets have been downsized, adds Bredenhann. In addition, countries such as Kenya that are developing oil or gas extraction facilities have been impacted on by a loss in investment lustre.

Angola and Nigeria are examples of westerly countries with established oil production that rely heavily on their oil and gas industries, and whose budgets have been most affected by the oil price tumble.

East Africa is less established in terms of oil and gas, and this is where prospective investor interests are more focused currently. There is specific interest in Mozambique and Tanzania, which need an oil price revival to drive home the expected projects, Bredenhann notes.

also mentions that multinational oil and gas explorer Tullow Oil, reputed as a prolific investor and explorer in Africa, has cemented its interest in oil exploration in Kenya, where it currently holds five exploration licences.

n-shore deposits in Kenya are a continuation of the East Africa rift basin, which has previously proven to be 3.5-billion barrels of oil in Uganda and facilitated significant operations in Sudan.

In December 2014, Mozambique passed the Liquid Natural Gas Decree Law. Last month, the Mozambique government’s Institute of National Petroleum announced that energy companies ExxonMobil, Eni and Sasol were the winners of the fifth round of bidding to explore for gas across nearly 75 000 km2 of land. Bredenhann says such developments in East Africa are the biggest in the continent’s oil and gas industry for the past year.

In one of PwC’s energy scenarios, gas is regarded as a bridge towards greener energy consumption, including power generation. In addition, the scale of gas finds spells a significant move towards gas exploitation.

Bredenhann warns, however, that, given the scale of some of the East African gas discoveries, the same instability among oil producers might also be prevalent in countries that rely too much on gas in their resource portfolio.

He adds that the gas industry is likely to be oligopolistic, similar to the oil industry, with a handful of the top energy companies dominating the market.

The report lists the country’s shale gas resources as being among the top ten worldwide, but also notes the legislative barriers to exploration and hydraulic fracturing, or fracking. It further suggests that progress is being made in allowing fracking to become a reality in the future, with Bredenhann pointing out that a two-year environmental-impact assessment is currently under way.

However, he adds that exploration rights that were due to be issued by now, after the moratorium on exploration had been lifted in 2013, are yet to be released.

Bredenhann argues that there is valid concern and opposition to fracking in the Karoo, as all exploration is inherently invasive.

He tells Mining Weekly that, until exploration is allowed and deposits can be proven, various groups will not know if they are arguing about anything worthwhile.

Owing to imminently advancing technology, fracking might, in some years, be possible without using water or harmful chemicals, Bredenhann emphasises, and, therefore, preparing enabling legislation is advisable in this regard.

Currently, the speculated volume of shale gas deposits in the Karoo is estimated to be 40-trillion cubic feet (tcf) , which is still significant, although this number has been gradually downscaled from more than 400 tcf.

He concludes that oil and gas is an exciting industry in Africa, with thrilling prospects, but one that has also endured a blow in terms of reduced production and exploration in recent years.