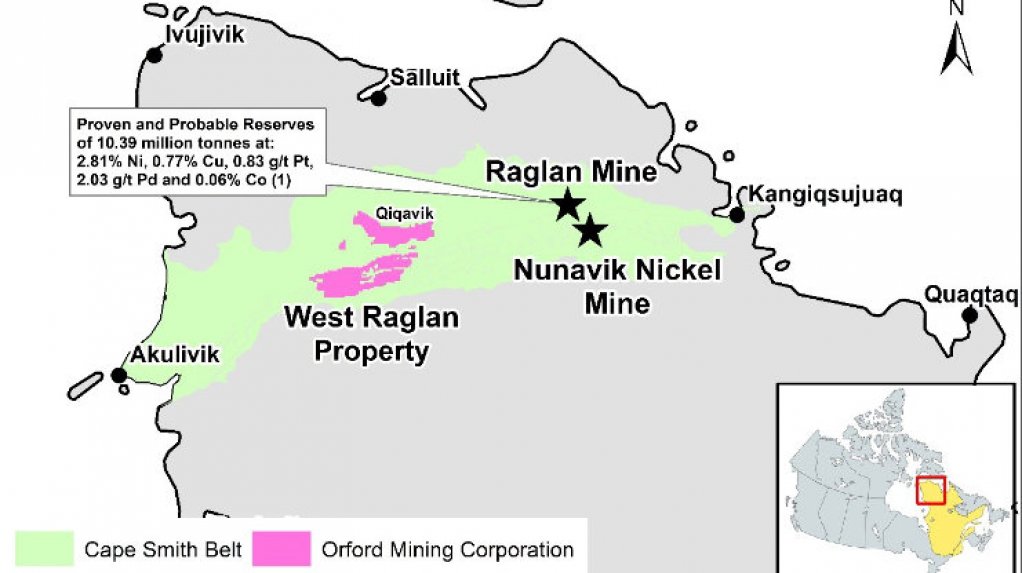 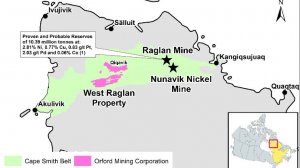 Wyloo has signed a C$25-million option and joint venture agreement with TSX-V-listed Orford Mining to acquire up to 80% of the project.

This agreement is Wyloo’s third Canadian investment, and follows several similar strategic investments aimed at supporting the discovery of critical battery-related commodities. In December, Wyloo announced a deal to become a cornerstone investor in Noront Resources, which is developing the Eagle’s Nest nickel project in the Ring of Fire.

Wyloo head Luca Giacovazzi said in a statement that the agreement provided a strategic opportunity for the company to join forces with Orford to accelerate exploration of the West Raglan project and unlock its potential.

West Raglan covers an area of 663 km² in one of the last remaining areas of the prolific Cape Smith Belt that has not undergone systematic, modern day exploration.

The project is located in the west-central portion of the belt, which is also home to Glencore’s Raglan mine and Canadian Royalties’ Nunavik mine. Historic exploration at West Raglan identified nickel/copper/cobalt and platinum group elements (PGEs) mineralisation hosted in ultramafic units over a strike length of about 35 km.

Six significant discoveries have been made on the property at shallow depths, with the best results being from the Frontier zone, which contains five high-grade mineralised lenses with grades in the range of 2% to 3% nickel, 1% copper and 2 g/t PGEs.

“Continuing the discovery of metals like nickel is critical to achieving a low carbon future, which is why we are committed to supporting exploration. To maximise our chances of discovery, we know that we need to be exploring in proven endowed mineral belts. This is why we are so excited about West Raglan. We’ll be using modern technologies to look deeper and more effectively than others before us, as we search for the next great Canadian nickel discovery,” Giacovazzi said.