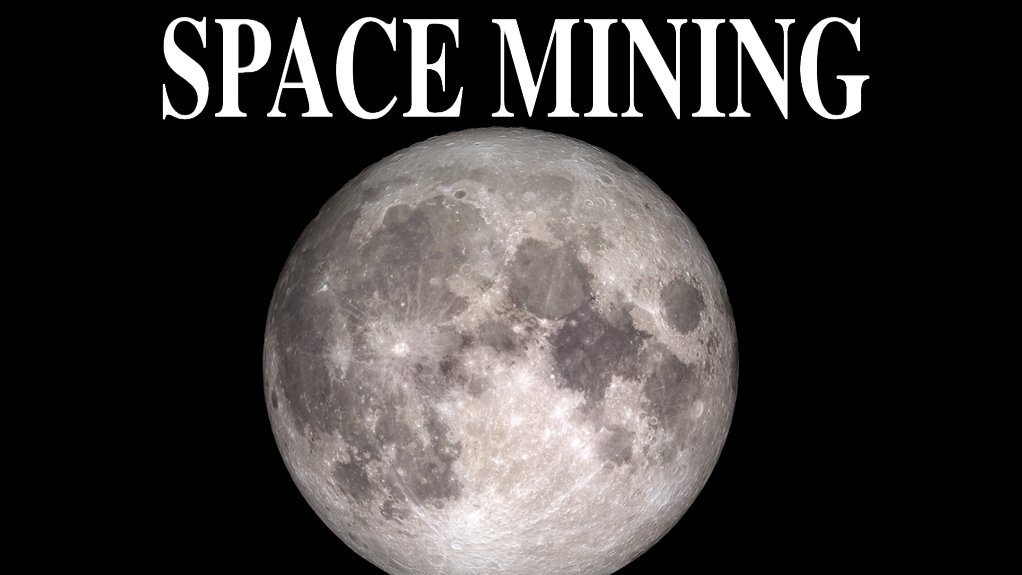 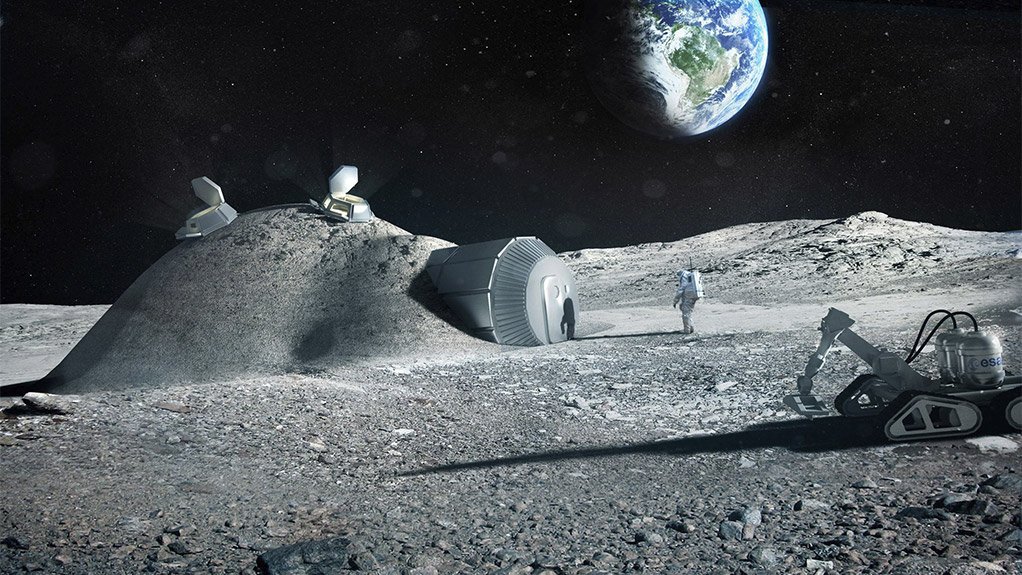 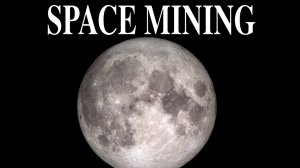 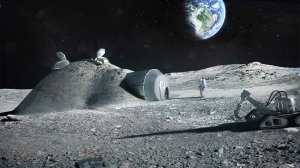 Incredible as it might seem, one can, without too much exaggeration, argue that the space mining sector has already gone through its first boom-and-bust cycle.

Of course, it was, by the standards of the conventional mining industry, a tiny boom, and, consequently, a tiny bust (although no less painful for those involved).

Perhaps, the two earliest space mining companies were Planetary Resources, launched (no pun intended) in 2012, and Deep Space Industries (DSI), founded not long afterwards. Planetary Resources had raised $50-million by 2016 and was operating a development laboratory by 2017. But, reportedly, the business model did not work as hoped, the company was taken over in 2018 and is now, it seems, effectively defunct. DSI raised $3.5-million and won some US government contracts, but ran out of money and found investors unwilling to provide further funding, reportedly owing to its failure to deliver on its technology development promises within the required timeframe.

Other Worldly – and Staying that Way

The idea of space mining is far from dead, however. But the romantic idea of sourcing metals and minerals from asteroids and bringing them back to earth is now very much on the back burner. Now the focus is on extracting the true source of real value: water ice (there are many different types of ice in space) – and processing it and using it in space to enable further space exploration and colonisation.

There is a quip in space exploration that the problem with space flight is the first hundred miles (roughly 180 km) – that is, the great effort needed to escape Earth’s gravitational pull (or, to phrase it differently, to get out of Earth’s gravitational well). It is absolutely true. So, the less you need to launch into space, the better. Better, as in quicker, easier and, not least, cheaper.

Water, of course, is essential to life. But water is composed of hydrogen and oxygen. Split them apart (by electrolysis, for example) and you have atmosphere for astronauts to breathe. Also, in due course, water can be used to grow vegetables using hydroponic techniques. And hydrogen and oxygen can also be used in rocket fuels. Water can even be used for the radiation shielding of habitats.

Consequently, mining water ice in space, and converting it into liquid and its constituent gases would transform the economics of space out of all recognition. Unsurprisingly then, the US National Aeronautics and Space Administration (Nasa), which is on course to re-establish its long-range manned space exploration capability, initially to the moon and near-Earth asteroids and then later to Mars, is very interested in the potential of extraterrestrial water ice mining.

Early this year, a group of experts from Nasa, academia and the space industry released a report, ‘Commercial Lunar Propellant Architecture: A Collaborative Study of Propellant Production’. “Science missions to the moon have provided direct evidence that regions near the lunar poles, which are permanently in shadow, contain substantial concentrations of water ice,” it stated. “[Owing] to the moon’s shallow gravity well, its water-derived products can be exported to fuel entirely new economic opportunities in space . . . A wide range of potential customers for the hydrogen and oxygen products has been identified.” These include reusable ‘landers’ shuttling between the moon’s surface and lunar orbit, refuelling spacecraft in low-Earth orbit and fuelling or refuelling interplanetary spacecraft before they leave Earth/moon space. “This study has identified a near-term annual demand of 450 metric tons of lunar-derived propellant equating to 2 450 metric tons of processed lunar water generating $2.4-billion of revenue annually . . . The initial investment for this operation has been estimated at $4-billion, about the cost of a luxury hotel in Las Vegas.”

Not Your Dad’s Mining

The US space agency has a programme – the Nasa Innovative Advanced Concepts (NIAC) programme – under which it funds concept studies and the early development of technologies that could transform space exploration. Set up in 2011 (it replaced the Nasa Institute for Advanced Concepts, which was shut down in 2007 for budgetary reasons), the programme has three phases. Phase I covers nine-month-long viability and development studies. At the end of Phase I, the research and development entity can apply for Phase II funding. Phase II further develops the concepts for another two years. This can then be followed by Phase III, which also runs for two years and, in the words of Nasa’s NIAC website, “is designed to strategically transition NIAC concepts with the highest potential impact”, whether that impact is for Nasa, other US government agencies or commercial partners.

Currently, two organisations – TransAstra Corporation and the Colorado School of Mines – have received NIAC funding to develop three water ice mining technologies. And none of them bear any resemblance to conventional terrestrial mining operations. All three involve the application of solar power, either directly or indirectly. No heavy machinery would be required, which is just as well, because sending heavy machinery to the moon would be prohibitively expensive.

It is TransAstra that has two NIAC projects currently under way. At the Phase I stage is the company’s Lunar-Polar Propellant Mining Outpost (LPMO) project. At the Phase III stage is its Asteroid Provided In-situ Supplies (APIS) project.

The LPMO project is based on the fact that, at the lunar poles, there are plenty of small craters (between 500 m and 1.5 km in diameter) with potential landing areas measured in the hundreds of metres. Further, the water-ice-rich floors of these craters are permanently in deep shadow, while their rims, which are only tens of metres to about a hundred metres high, are almost permanently in sunlight. Solar arrays mounted on lightweight deployable masts about 100 m tall (practical in the moon’s low gravity) would generate electricity, which would power the facilities established at the outpost and directly or indirectly (by means of charging batteries) power the long-duration lunar rovers that would actually ‘mine’ the water.

The rovers would undertake ‘Radiant Gas Dynamic’ mining. A rover would drive to a selected mining location, lower water vapour collection domes onto the surface of the crater floor, and then use a mixture of infrared, microwave and radio frequency radiation to cause the water ice to sublimate – turn straight into water vapour. This would be caught in the domes and transferred to ‘cryotraps’ where it would be condensed into water. When the rover’s water tanks were full, it would return to its base and discharge the water before going back into the field to repeat the process. The company estimates that, using the new heavy rockets under development in the US, it would be possible to send a rover with a mass of between 2 t and 5 t to the moon, and that such a rover would be able to extract water amounting to between 20 and 100 times its mass, annually.

The APIS project is aimed at mining – or harvesting – near-Earth asteroids. The concept is that small asteroids be enclosed in ‘bags’. Sunlight would then be concentrated and directed onto the asteroid, ablating and fracturing it and so releasing its water. The project requires the development of a family of specialist spacecraft to carry out these operations. These would range from a low-Earth-orbit technology demonstrator, ‘Mini-Bee’, to an operational ‘Queen Bee’ spacecraft, which would capture and mine an asteroid up to 40 m across. The NIAC contract is focused on getting the Mini-Bee developed to flight-ready condition. At that point, TransAstra would be able to propose a demonstration mission in low-Earth orbit.

The Colorado School of Mines project is to develop the concept of ‘thermal mining’. This would involve the erection of heliostats (mirrors that follow the sun’s relative movement across the sky) on the rims of lunar polar craters. ‘Capture tents’ would be set up on the floor of the craters. The mirrors on the rim would direct sunlight onto optics mounted on top of the tents, which would concentrate the sunlight and direct it down into the tent and onto the crater floor, again causing the water ice to sublimate. The resulting water vapour would be caught by the tents. This process could be supplemented by using the sunlight to heat conducting rods driven into the lunar surface.

The project is at the Phase I stage. Currently, its main focus is on creating materials that would simulate the water-ice-regolith mix that would be found at the bottom of the target craters. (‘Regolith’ is the lunar counterpart to soil on Earth; regolith is, however, totally different to soil, because soil contains a huge amount of organic matter and regolith has no organic matter at all.) The effectiveness of the various solar heating methods would then be tested in a cryogenic vacuum chamber.

“As refuelling decreases in-space transportation costs, entirely new business and exploration opportunities will emerge with potential to vastly benefit the economies of Earth,” observed the ‘Commercial Lunar Propellant Architecture’ report. “Even with the early customers identified within this study, it has been determined that this could be a profitable investment with excellent growth opportunities.”