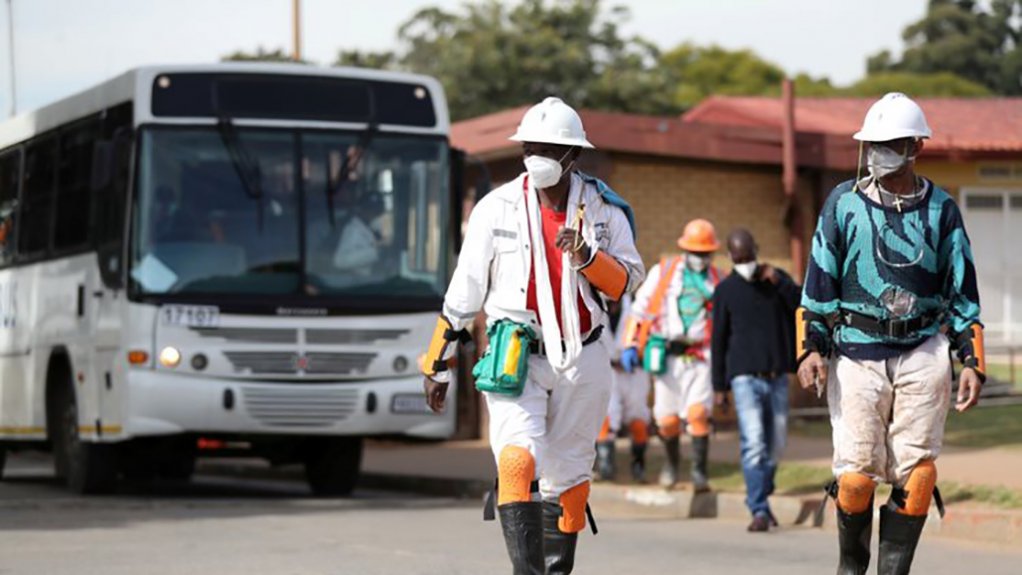 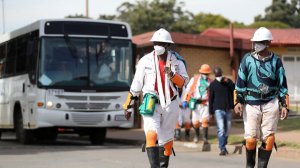 Mineworkers being transported in response to Covid-19.

JOHANNESBURG (miningweekly.com) – The first batch of 1 100 foreign mineworkers is scheduled to cross back into South Africa on Tuesday, Mining Weekly can report.

This is part of a total of 12 500 gold and platinum workers returning from Mozambique, Lesotho and Eswatini, formerly Swaziland.

Of the 12 500 employees on whose behalf gold and platinum companies have applied, the first 1 100 workers were scheduled to come through the Lebombo (Maputo), Maseru Bridge (Lesotho) and Oshoek (Eswatini) border posts, R & A director Charmane Russell stated, on behalf of Minerals Council South Africa. The next groups would be returning on Thursday, and next week Monday, Wednesday and Friday, Russell added.

As reported by Mining Weekly, intergovernmental meetings have taken place to debottleneck border crossing through pre-sized scheduling, in liaison with the Department of Health on quarantining arrangements and in liaison with South African Police Services (SAPS) on logistics and routes buses must follow.

Demonstrable medical support for workers en route and mechanical emergency support in the event of technical bus breakdown has to be in place.

Minerals Council South Africa is due to report further tomorrow on foreign mineworker numbers back in South Africa, as well as the impact on the country of the coronavirus situation.

Teba MD Graham Herbert last month described the estimated return of a total of 14 000 foreign mineworkers into South African mines from neighbouring States as “the biggest movement of labour” in the gold and platinum sectors. Teba was established more than a century ago to recruit mining personnel domestically and regionally.