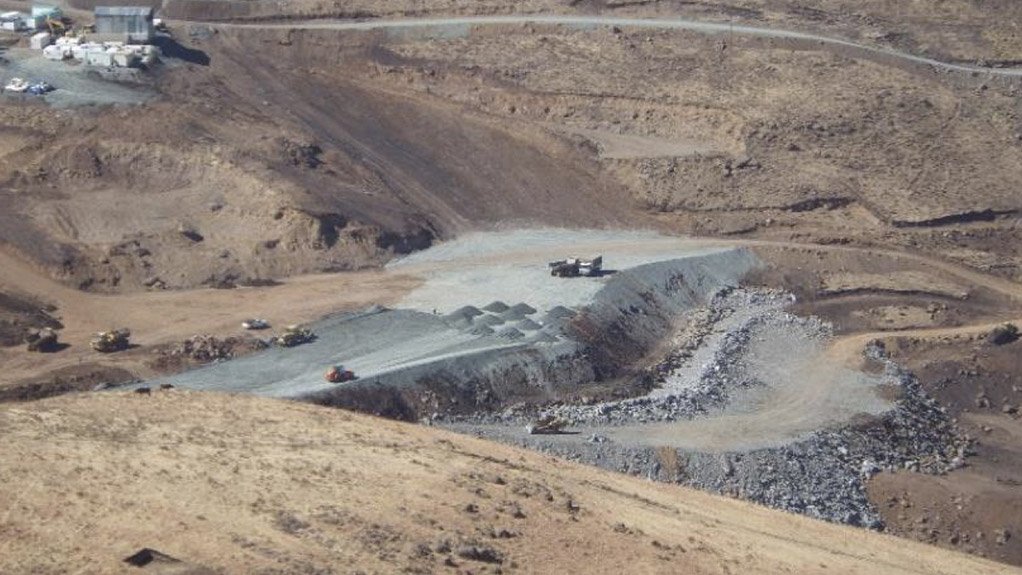 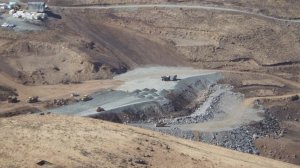 The Liqhobong mine, in Lesotho

Aim-listed Firestone Diamonds’ share price on the LSE fell by more than 68% on Tuesday after it announced that it planned to delist from the Aim.

A general meeting will be convened on March 13 for shareholders to vote on the proposed delisting. Seventy-five per cent of shareholders will need to vote in favour of the delisting.

Firestone explained in a circular to shareholders that it had become clear during 2017 that the company’s anticipated average value of $107/ct was not being achieved and that, as a result, its 75%-owned subsidiary Liqhobong Mining Development Company could not make its scheduled debt repayments to financial services provider Absa.

Firestone then undertook a $25-million fundraising and debt restructuring in December 2017, following a standstill period in which only interest was serviced on the Absa debt.

The standstill period ended in mid-2019 and the subsidiary’s debt repayment schedule resumed from June 2019.

It once again became apparent towards the end of 2019 that Liqhobong would not be able to service its debt repayments, owing to a deteriorating diamond market and price pressure on the smaller diamonds that form the bulk of diamonds recovered from the Liqhobong mine, in Lesotho.

Firestone then signed nonbinding term sheets with Absa, as well as RCF and Pacific Road as bondholders, at the end of 2019, agreeing in principle to another debt repayment standstill and to the provision of a temporary working capital facility.

Firestone continues to work with Absa and the bondholders on a longer-term restructure of its outstanding Absa debt of $64-million and its Eurobond debt of $38.4-million.

The latest debt repayment standstill is valid up to March 31, 2021.

Firestone believes the diamond market has the potential to improve but says this will take too long, considering the company’s current downturn in cash resources, which is one of the reasons why the board has decided it best to save on expenses and delist from the Aim.

“The prices realised for the smaller goods that make up the bulk of our production by volume, remain subdued, impacted on by a build-up of rough and polished inventory in the midstream.

“Initial indications are that the peak retail season at the end of the 2019 was satisfactory and, therefore, it is anticipated that some restocking should take place during early 2020,” Firestone explained.

However, the company added that owing to the excess inventory held in the midstream and by the two largest diamond producers, the company expected it would take some time for the value chain to rebalance and for a sustained increase in prices to occur.

Other downside risks include ongoing US/China trade tensions and, more recently, the uncertain impact of the coronavirus on demand for diamonds.

Firestone said it would continue to operate on an independent basis, with help from the bondholders, which each continue to hold at least 20% of the voting capital of the company.

Two sales took place during the quarter under review, during which 132 885 ct were sold, realising revenue for the quarter of $9.7-million.

Firestone said the mine’s operation had been significantly impacted on by disruptions to the power supply on October 1, which led to the processing plant being shut down until October 26 when alternative electricity supply was provided by diesel generators.

From October 27, the mine operated at a marginally lower capacity of 90% until December 1 when the grid power was restored.

Owing to the costs associated with renting and operating the generators, the company’s operating costs for the quarter under review were $1.1-million higher year-on-year.

Firestone estimated the total impact of the power disruption on the business was $4.6-million.