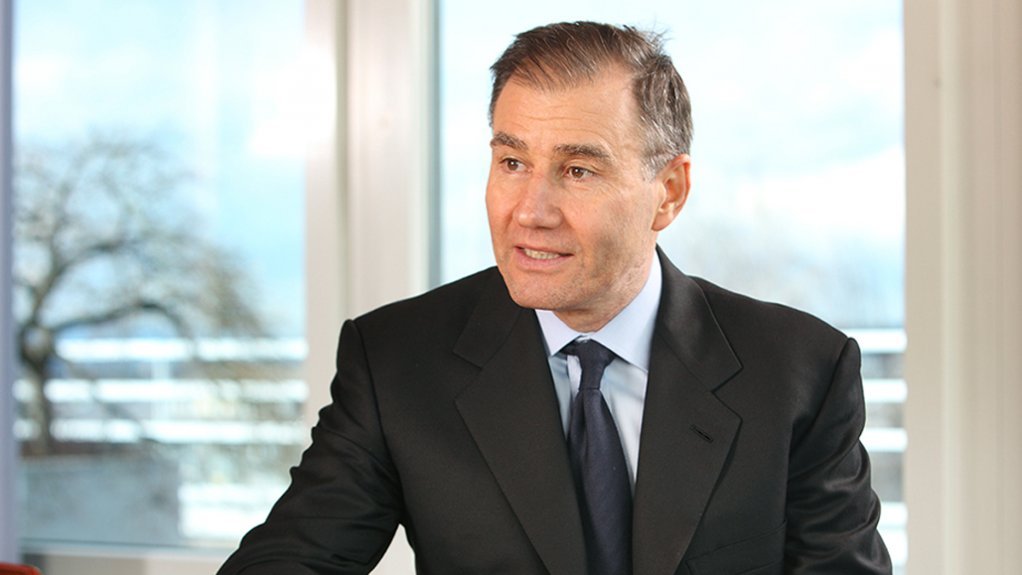 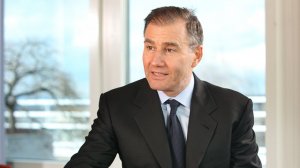 JOHANNESBURG (miningweekly.com) – The ferrochrome business remains solid and there is still a large amount of ferrochrome required in the world.

Unfortunately, most of the production occurs in ferrochrome plants in China, while South Africa continues exporting chrome ore and moving a large amount of it to China owing to South Africa not being competitive in respect of electricity prices.

Glencore CEO Ivan Glasenberg pointed this out in response to a question put to him by Mining Weekly during a media conference following last week’s presentation of half-year results in which the marketing division of the London- and Johannesburg-listed company outperformed with adjusted earnings before interest and tax of $2-billion, allowing the company to raise full-year guidance to the top end of its long-term range of $2.2-billion to $3.2-billion.

At the same media conference, Glencore ferroalloys head Japie Fullard said electricity pricing in South Africa had escalated by more than 500% over the last ten years, making it quite a huge cost.

“As the increases push through, we’re going to struggle even further and I can't see that we’ll be able to operate our ferrochrome smelters in that high pricing environment.

“We’re investigating cogeneration, alternative electricity sources and green energy. We’ve also invested a lot in pelletisation to increase our own efficiencies but beyond that there’s not a huge amount that we can do.

“We’re also in discussions with Eskom, Nersa and with the Department of Minerals Resources and Energy. Eskom’s looking at the short-term framework in which they would give relief to the energy-intensive users.

“On top of that, Eskom is also looking at the long-term framework. If one of those comes through, we’ll put it into our figures and then re-evaluate. But with the higher electricity prices, we’re definitely under pressure.

“We’re also looking at streamlining our business. We went into the Section 189 processes at most of our ferrochrome operations. We are repositioning ourselves to be still in this business and to pull back into a position where we can be robust,” said Fullard.

Mining Weekly reported in June that the alloys division of Glencore Operations South Africa and Merafe had commenced a consultation process in terms of sections 189 and 189A of the Labour Relations Act relating to potential downsizing.

In July, a follow-up Mining Weekly report pointed to the South African chromium industry ostensibly being forced to play a lesser role in global ferrochrome production, owing to its eroding competitiveness and the comparatively ‘low-hanging fruit’ of supplying chromite rather than using high-priced electricity to up-value it to ferrochrome.

While  seemingly economically expedient at present, the continued decline in South African ferrochrome production capacity is rather concerning for the local mineral processing industry. Moreover, South Africa continuing, and possibly increasing, its dependence on commodity exports can have adverse implications for the economy.

International financial institution the World Bank Group’s ‘Global Economic Prospects’ report – released last month – noted: “When the pandemic erupted, many commodity exporters already had more limited fiscal buffers to counter a commodity price shock than they had just before the 2009 global recession, as a result of the [2014 to 2016] commodity price plunge. The revenue losses stemming from this year’s commodity price declines will further constrain commodity exporters’ ability to support their economies with income support or fiscal stimulus.”

Further, the report noted that, when compared with other emerging and developing countries, “commodity exporters continue to have sizable vulnerable population groups, with limited savings and recourse to finance and are typically reliant on informal-sector activity”.

Value-adding mineral beneficiation has for long been a stated priority of the South African government, given the relative economic resilience of countries that are less reliant on commodity exports. However, the decade-long malaise at State-owned power utility Eskom, combined with China increasing its ferrochrome production capacity, has resulted in a scenario where local chromium beneficiation has been declining.

In the early 2000s, South Africa accounted for close to 50% of global ferrochrome supply, a percentage that has now fallen to China, in spite of South Africa having the world’s largest reserves of chrome and China having no chrome resources of its own, relying on South Africa for 70% of its chromite ore.