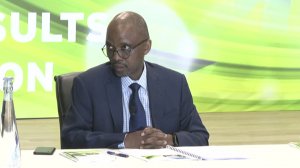 During a strategy update after the company announced 47%-higher operational cash generation in 2020 to R7.8-billion, Mgojo said the company was making progress on the low-carbon transition front across a number matrices. (Also watch attached Creamer Media video.)

The board of the JSE-listed black-empowered and black-led company has approved a growth and diversification strategy that allows Exxaro to implement its stated intention of providing resources that power a clean world.

This would be underpinned by its Task Force on Climate Financial Disclosures (TCFD) assessment concluded during 2020.

Mgojo said the company was committed to a rigorous, disciplined and accountable process of risk management and opportunity creation to support the TCFD assessment.

He said a key component of the strategy was progress on Exxaro’s renewable energy business and engaging in value maximisation of its remaining coal asset portfolio through decarbonisation while building market position in the emerging opportunities for distributed energy.

It is also exploring how its mining capabilities can support an expansion into low-carbon minerals.

“We’re also developing a comprehensive impact investment approach to ensure that the socioeconomic resilience of our host communities during and post-mining activities is achieved, and this has really got to be done by great partnerships and collaborations with multiple stakeholders whereby we are looking at how we can repurpose our mining resources, especially in areas where we are not mining, areas that, in the past, we had to rehabilitate and how we leverage our land in terms of how we create new economies,” said Mgojo.

“We’re doing this in partnerships. We’re doing it with Anglo American as part of the impact strategy with other players like the CSIR. We believe that unless we deal with the socioeconomic challenges of this country going into the future, we will not be able to be a winning country, given the vast disparity and inequality that exists in this country. So, it is our responsibility to play a positive role for the sustainability of our country,” Mgojo added.

Exxaro's Cennergi renewable energy company, which was fully consolidated for nine months of the 2020 reporting year, represents a significant manifestation of the company's environmental, social and governance, or ESG, value creation.

The company stated that its capacity and capabilities as a provider of clean energy solutions positioned it to participate in the global clean energy market that was projected to grow at around 5% a year to 2025.

Its intention was to leverage existing assets, capabilities and relationships to create a scalable provider of utility and distributed energy solutions and services.

Cennergi, which already has one of South Africa’s largest renewable asset bases, is providing a solid platform for expansion.

Exxaro, the company stated in a release, is well positioned to take advantage of the self-generation momentum in South Africa’s energy sector. The combination of energy production and asset management would, it said, create for the group an annuity income stream in the long term.

In the short term, the aim was to establish Exxaro’s credentials as a distributed energy solutions producer while reducing its carbon footprint.

In alignment with the Paris Climate Agreement, Exxaro is targeting being carbon neutral by 2050.