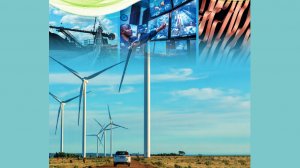 Responding to Mining Weekly on Teams on the possibility of the group entering the green hydrogen space, Tsengwa said: “We know we have to look at it, because you can see countries are already negotiating with one another about which one will be the generator and which one will then be the offtaker of green hydrogen.” (Also watch attached Creamer Media video.)

Green hydrogen, she said, would be part of the green energy solution, "and therefore we've got to look at it, and we're doing a lot of studies in this regard.

“We know the likes of Sasol are already in that space and it's something maybe that, over time, talking to the likes of Sasol, we may find each other, and probably look at collaboration, but it is of interest to us because it is a solution in the industry that we’re in,” added Tsengwa.

The renewables strategy within Exxaro that is being executed by wholly owned Exxaro company Cennergi is very much the key driver in the group’s carbon neutrality plans.

Going forward, combined renewables plans already in place are poised to slash Scope 2 emissions at Exxaro Resources’ Grootegeluk coal mine, at Lephalale, in Limpopo, by up to 90%.

Moreover, Cennergi has 200 MW of solar and wind projects at advanced stages of development, much of the megawattage in Mpumalanga, aimed at helping to catalyse South Africa’s crucial just energy transition.

Mining Weekly: What will Cennergi be doing at your own mines?

We’ve got a lot of projects lined up for ourselves. At Lephalale, you may be aware of our solar PV plant of about 70 MW that has just been registered by Nersa. We're looking at the first quarter of 2024 when we'll start seeing the generation of those new electrons into that operation. We hope that we can make the excess electrons available to other players in that area or elsewhere as the wheeling policy becomes sorted out by government. We are also looking to do the same in Mpumalanga. We’re partnering with Enertrag, who've got a lot of capacity as well space to assist us in making sure that we create a renewable energy hub in the Mpumalanga area, which will cover all of our mines in Mpumalanga and the mines of others, who may be in need of decarbonisation capacity.

What will Cennergi be doing at the mines of others?

The market in South Africa is really opening up. We've heard what the President is saying. Anyone who can provide those excess electrons to the grid is solving our problem as a country. We have already got capacity of 229 MW from our two existing wind farms. We need to look at increasing, from a distributed generation point of view, with this liberalisation of beyond 100 MW. We need to see ourselves getting to a position of growth, making sure that we identify where those opportunities are, which we think we know. There should be some of them around the areas where we operate. We think we can really grow those spaces behind the meter, to make sure that we can actually even provide the communities. There are opportunities for municipalities, so with this partnership with Enertrag, we believe that we can do so much more.

I see that the Ebitda margin of your renewables company Cennergi was a sky-high 80%. Does that reflect what the situation is likely to be going into the future?

The team worked under very difficult conditions from a wind factor point of view - we've seen all over the world, where the wind has been really underperforming, but I think the availabilities of the wind turbines have been kept at an optimum, so from an operational efficiencies point of view, I think the team has done pretty well. So yes, I think we're going to see some great work into the future there.

Is coal demand continuing to be very strong in the second half?

We foresee that, going into the winter, especially in the northern hemisphere, we will continue to see the demand the way it is, especially in Europe. We were able to step up and supply that market, especially with the RB1 in our mix getting much higher, so we're really able to supply in that regard. We see very renewed demand from Japan, Korea and Taiwan, which is quite impressive, and I must say that our coal from a pricing point of view has competed very well with the Australian supplies into that market. And we are ready to see that going on, at least for the next six months.

What in your view should be the biggest takeaway from today’s stunning results, which saw earnings rocket by 147%?

A really very solid set of results that we're seeing today and very much on the back of the hard work of the people of this company. Let me just say that first. But the highlights I would like you to take from this results, firstly, is the spectacular performance on safety that we've seen over the last five years and five months, where we have run all those years without a fatality. So for us, that's very, very good. Then let's look at some of the good things that happened in the last six months despite the market dynamics that we've seen. You will recall that we've introduced the early value strategy, which really optimises on the high-value product within our product mix on the thermal coal side, which is beginning to really give us those dividends, and efficiencies, and really keeping to our promise of performing below the mining inflation percentage, which is 11.6% in the overall mining environment, and we're sitting at only 4.7%, which I think is fantastic performance. The marketing team did a fantastic job in the way that they've moved coal, because obviously what we know from the Transnet Freight Rail point of view is [it is] really still struggling in that regard, and looking at alternative evacuation flows, which included other ports, and I think that was really great work. And yes, the prices have also held us in good stead but overall very good performance from our team as well.

Exxaro has made known its intention to enter into the mining of future-facing metals such as bauxite, copper and manganese and said in response to analyst questions that, in the case of bauxite, Australia had demonstrated opportunities that were being looked into and that Guinea would also be a jurisdiction that had to be considered.