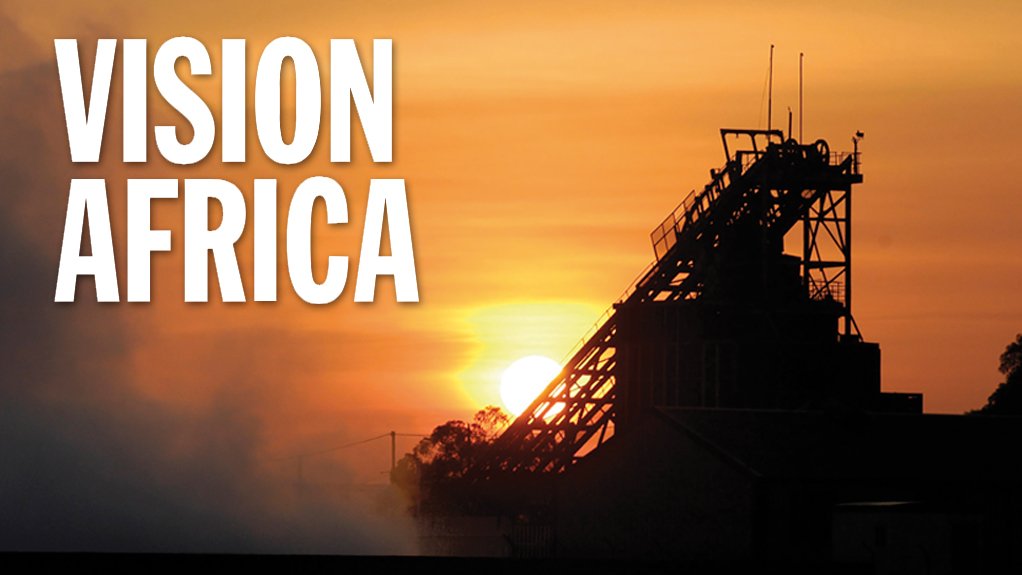 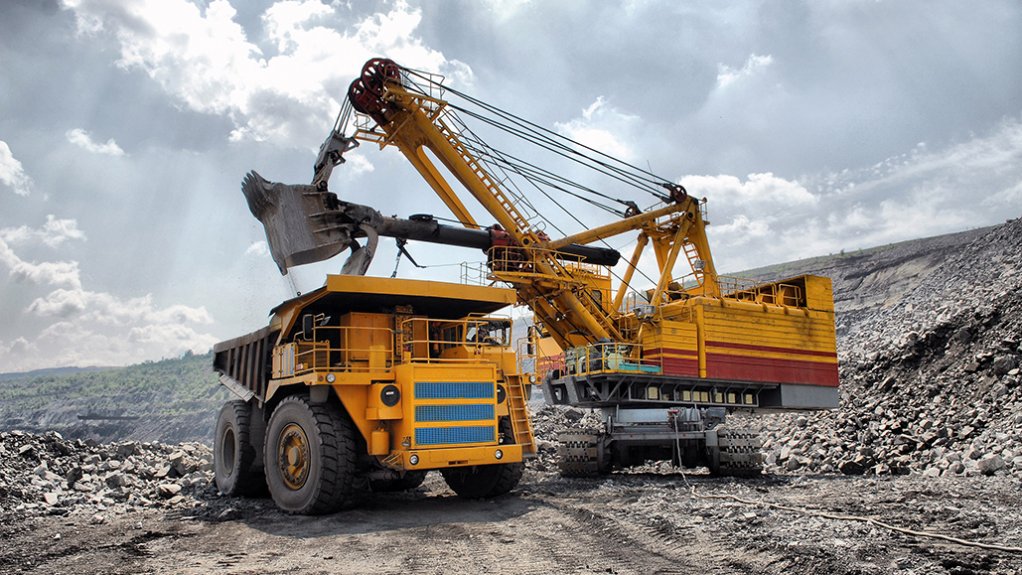 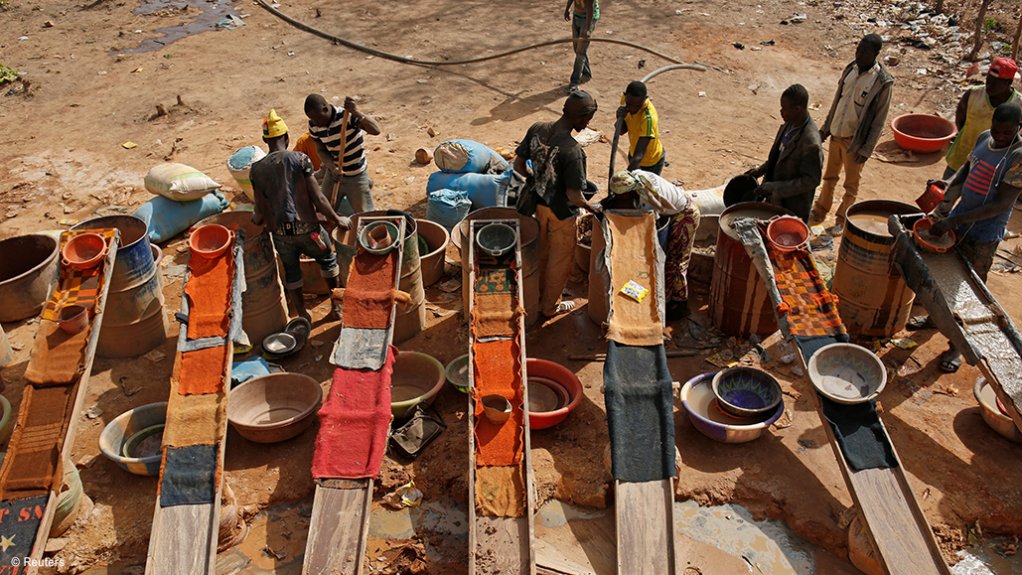 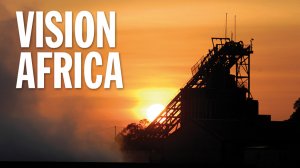 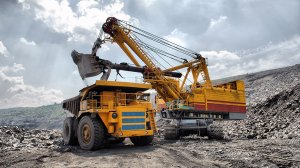 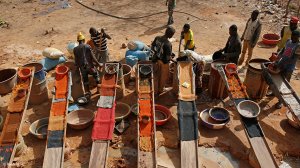 UPLIFTING INDUSTRY Africa’s extractive industry has the potential to support the continent’s resilience and sustainable growth during and beyond the pandemic.
Photo by Reuters
SEEKING BETTER There is still work to be done in formalising Africa’s artistical mining sector

Africa’s extractive industry can support the continent’s resilience and sustainable growth during and beyond the ongoing Covid-19 pandemic. This will, however, require appropriate social and economic development linkages that meet national and regional development objectives. Policy frameworks, such as the Africa Mining Vision (AMV), while not without its challenges, could play a key role in facilitating this.

This was highlighted by several speakers during a recent virtual seminar titled Minerals and Africa’s Development: Challenges and Opportunities that was hosted by multilateral development finance institution the African Development Bank (AfDB). The AfDB’s African Natural Resources Centre and African Legal Support Facility were joined by the Nordic Africa Institute in hosting the seminar.

The AMV is an Africa Union (AU) policy framework whose vision is the transparent, equitable and optimal exploitation of mineral resources to underpin broad-based sustainable growth and socioeconomic development.

The vision was unveiled in February 2009 at an AU summit in Addis Ababa, Ethiopia, where AU heads of State called on their Mineral Resource Ministers to develop a concrete action plan that would lead to the realisation of the vision.

Much has happened since the AMV’s conceptualisation, including the introduction of automation in mining, the energy transition and, over the past year, the Covid-19 pandemic, all of which have necessitated the updating of the AMV action plan.

Mining consultant Fui Tsikata said during the seminar that it had become apparent that formulating a meaningful and viable action plan that was robust and implementable was difficult, as its framework required work in between a long-term vision, intermediate processes and short-term activity.

This was challenging to conceptualise, and even more so to articulate into workable programmes, he added.

Tsikata also argued that work needed to be done in terms of climate change and the Paris Agreement, with the implications of these for minerals policy being multifaceted and immense.

He emphasised that it would be beneficial to identify critical minerals on the continent and work towards lowering their carbon intensity.

A Vision for Artisanal Miners

University of the Witwatersrand associate professor and independent consultant Nellie Mutemeri stated that there was “unfinished business” in terms of artisanal and small-scale mining (ASM) formalisation and women empowerment in Africa’s extractive industry.

It is estimated that more than nine-million people, up to 50% of whom are women, work in the ASM sector in Africa, which, in some cases, is more lucrative than other rural sources of livelihoods, with about 54-million people depending on this sector for their livelihood.

Mutemeri described the formalisation of the ASM sector as “extremely important”, as it could help governments to address problems associated with this sector, such as human rights abuses, environmental impacts and conflict minerals.

In many countries on the continent, 70% to 80% of artisanal mineworkers were classified as informal, she pointed out.

Mutemeri said that ASM had its place in the AMV and, therefore, in the development of the minerals sector on the continent.

The AMV provided much stronger legitimacy for the ASM, as countries, when domesticating the AMV and in their efforts to align with it, applied their minds to what was needed for this sector to play a positive role in development on the continent. The AMV, therefore, assisted in bolstering ASM formalisation on the continent to some extent, she added.

Mutemeri noted that women in mining tended to bear the brunt of the industry the most, and also faced “a very specific set of challenges” that were often not addressed.

She stressed that, as the AMV was progressed and implemented, more impactful change for women would be required, and this could be achieved through interventions and the bolstering of the voice of women mineworkers.

Some of the unique issues impacting on women involved in the African ASM sector included low literacy levels, which limited their ability to capitalise on training and skills acquisition opportunities, as well as awareness of their rights.

Women also had to contend with gender norms and values that perpetuated a power imbalance that, among other things, excluded them from representation on governing bodies and institutions that could effect change in the sector.

Women were also excluded from the most profitable areas of the mining value chain because they were deemed physically or intellectually incapable.

Further, they also had to contend with health and safety issues, such as gender-based violence.

A lack of dedicated policy provisions or frameworks for ASM contributed to the challenges of developing ASM and achieving gender parity. Consequently, there was no regulation governing how interventions were developed and implemented, according to Mutemeri.

While it was commendable that the AMV included gender provisions, these were vague. As a consequence, country mining vision processes generally didn’t incorporate gender mainstreaming, she added.

Bureaucratic inertia also resulted in decision-makers failing to see clear incentives to change long-held practices and policies, thus limiting the contribution by ASM in general and women in particular to the development of the African mining industry.

To implement the AMV for ASM and gender, several things needed to happen, Mutemeri argued.

Firstly, she called for increasing knowledge of, and familiarity with, the AMV through sensitisation training, for example.

She also stressed the need to promote collective action, as this would enhance women’s capacity to participate in and influence the implementation process.

She also said it was necessary to provide more detailed guidelines on incorporating gender mainstreaming in countries’ processes to domesticate the AMV.

Further, data collection and analysis had to be gender disaggregated, Mutemeri added.

She emphasised the importance of educating men about the contribution that women could make to the sector and the benefits of gender equality. Despite much greater awareness of this than in the past, a good deal of work still needed to be done, she said.

AfDB chief minerals officer Jerry Kwame Ahadjie said during the seminar that Africa was endowed with mineral resources was not in doubt, with the continent hosting about 30% of the world’s known mineral reserves and producing more than 20% of some of the world’s critical minerals.

However, he noted that most resource-rich countries were yet to derive reasonable developmental benefits from the exploitation of their resource wealth, with most mining inputs being imported, while in most cases all the minerals produced were exported raw.

Ahadjie noted that Covid-19 exposed Africa’s dependence on imported inputs, and highlighted the AMV’s identifying local content as one of the strategies towards a more domestically orientated sector under the cluster of linkages and diversification.

Some policy shifts recommended by the AMV in this regard include changing the enclave narrative by assigning a more developmental role to mining through the creation of linkages between mining and the rest of the economy; minerals sector governance improvement; building minerals-orientated skills and/or expertise; developing the relevant power, rail, ports, roads and airports infrastructure; and supporting ASM endeavours to transform the sector for job creation.

Although the push for local content was not new, with a growing trend of incorporating local content frameworks into African countries’ mining legislation over the past decade, the lack of a uniform, global local-content definition was problematic, said Ahadjie.

He identified further challenges as inadequate knowledge of the continent’s mineral resources to underpin policy and developmental plans; the low capacity and capability of local suppliers to meet industry standards and quality; misalignment of local-content polices, regulations and sector objectives; inadequate and often weak industrial bases; as well as inadequate understanding of global trends.

Critical successes factors in addressing these challenges included knowledge of mineral resources abundance; a readiness assessment prior to the formulation of polices and legal frameworks on local content; local frameworks aligning with national, regional and continental visions; and a central institution for local content management.

He highlighted the importance of smart stakeholder partnerships, national supply chains that meet complex demands, continuous improvement of the investment environment and a harmonised regional approach to local content development and implementation.

Although the continent’s mineral resources presented an opportunity to spur industrialisation and socioeconomic development, Ahadjie noted the local content requirement would be more successful if framed within the content of national visions and development plans, as these would guarantee their implementation, monitoring and measurement.

An ASM-specific local content strategy was a necessary way of optimising the benefits from this sector, with broad consultation critical for implementation success, he concluded.